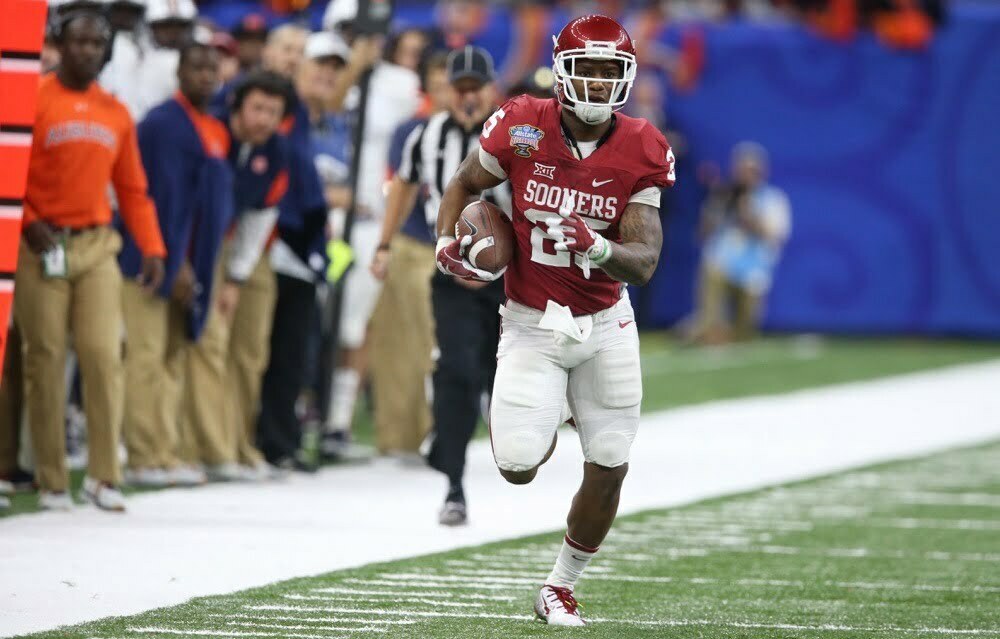 The hits keep coming for Joe Mixon. The victim in his case from 2014, Amelia Molitor, had her transcript with police released this week. It is … not pretty.

“They were commenting on how I looked,” Molitor told police. “It was just, like, very uncomfortable. It was degrading in a way, the things they were saying to me. Like I was a piece of meat and I don’t take kindly to that.

“So my first reaction was to laugh. I was like, bye leave me alone … and he said — Joe said something along the lines of ‘You’d rather go home with this little [homophobic slur] than me?’”

She said this really made her mad (obviously).

So where does Tyreek Hill come into play here? Well Tyreek is coming off one of the more unique rookie seasons in NFL history. He was voted to the Pro Bowl, had 12 total touchdowns and was a First Team All-Pro.

Mixon and Hill will always be compared to one another. If not by national folks, then certainly by those of us affected so deeply by Bedlam every year. Running backs from Oklahoma. Both ran afoul of the law. Their coaches were defined by the ensuing decisions.

So it caught my eye when NFL writer Albert Breer talked to a scout in the Oklahoma area about Mixon, and that scout brought up Tyreek.

“It needs to be the right market, a team that can handle the onslaught, the right PR staff, because you’ll have to weather the storm,” one area scout assigned to the Sooners told MMQB. “But the guy the Chiefs drafted [Tyreek Hill], Joe Mixon isn’t half the d*****bag that guy was. You’d have to search to find people that don’t like him. Maybe the parking-lot attendant. Everyone there loves him. And I believe them.”

So there we are. There is no doubt Joe Mixon will get drafted, probably higher than everybody thinks. And there is also no doubt that if he has the kind of rookie season Tyreek Hill had, much of this will be long forgotten by the majority of folks as he’s running toward fame and riches in the professional ranks.