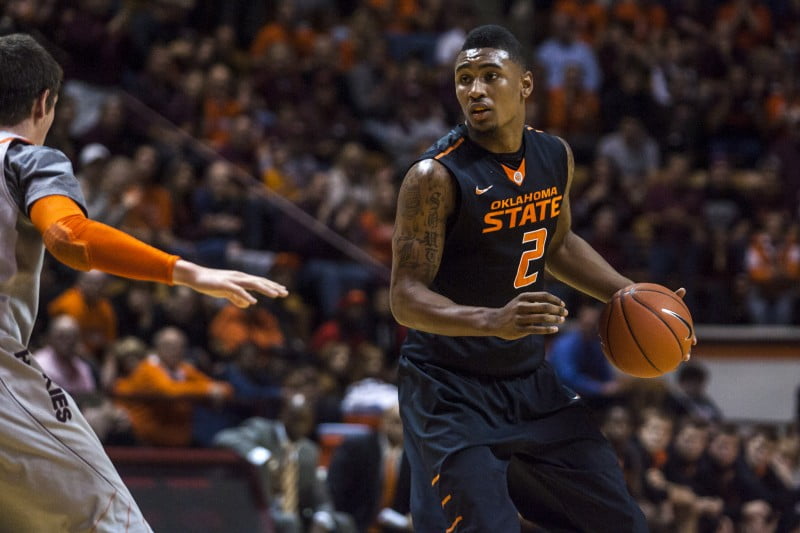 Chad Ford and Jay Bilas have a seemingly weekly post where they discuss the viability of certain college basketball players making it to the next level.

This week they listed the most overrated pro prospects in the college game today. Guess who was on the list?!

Nash is 6-7 and a spectacular athlete with all of the physical tools to be an outstanding player.

Is he? I mean really, is Le’Bryan Nash a spectacular athlete?

When I think “spectacular athlete” I think of someone like Desmond Mason or Melvin Sanders or even Markel Brown. I do not think Le’Bryan Nash.

Does that mean he can’t be a truly great basketball player? Absolutely not. Look at DeJuan Blair — dude has like .5 ACLs and can barely dunk but he was a terrific college player and has been a serviceable pro.

But let’s shed this idea that Nash is some athletic freak. He’s a tall dude with a strong body who rarely blows by people and hasn’t had a single memorable high-flying dunk in his time at OSU.

Not a single one.

Just because he bodied up 5’9 dudes in South Dallas for four years and stares down the OU band down 15 on the road after a boring one-handed slam Mason Cox could have replicated doesn’t mean he’s a “spectacular athlete.”

Nash got off to a great start this season, and looked as if he had shed his inconsistency and perceived attitude and work ethic issues. But Nash has not been consistent over the past month or so in terms of his effort and production. His talent level suggests he should be among the very best players in the college game, but his play suggests he hasn’t figured it out yet.

To say the least.

Nash’s numbers are identical to last season — and just as inefficient. There is no reason that Nash cannot be as good and productive as we all want him to be.

I just…I…I think it’s time to reset our expectations for Nash.

Everyone wants him to be this Kevin Durant-type with an elite outside-in game when the reality is that he’s going to be most productive working from the inside out, especially in college.

Bilas nails it when he talks about Nash’s inefficiency.

People much smarter than I who have calculated these things say pretty much that exact thing. Let’s look at Nash’s offensive efficiency rating according to KenPom.com and compared with the rest of the team…

For context’s sake, Forte’s rating is the only one that ranks in the top 200 nationally and it ranks 148th. Doug McDermott, Kelly Olynyk, Nate Wolters, Isaiah Canaan, and Pierre Jackson all rank in the top 20 of this category.

To be fair, OSU uses Nash on way more possessions (25%) than it uses somebody like Jurick (12%) so this isn’t to say Jurick is overall a better player than Nash, but just to point out how inefficient Nash is.

Also, this isn’t a hatchet job on #2. I don’t dislike him — in fact, I think he really does care about the game, his teammates, and the university.

I just think it’s time we reevaluate what to expect from him, what he brings to the table, and what his future. And I hope he and Travis Ford are having the same conversation.