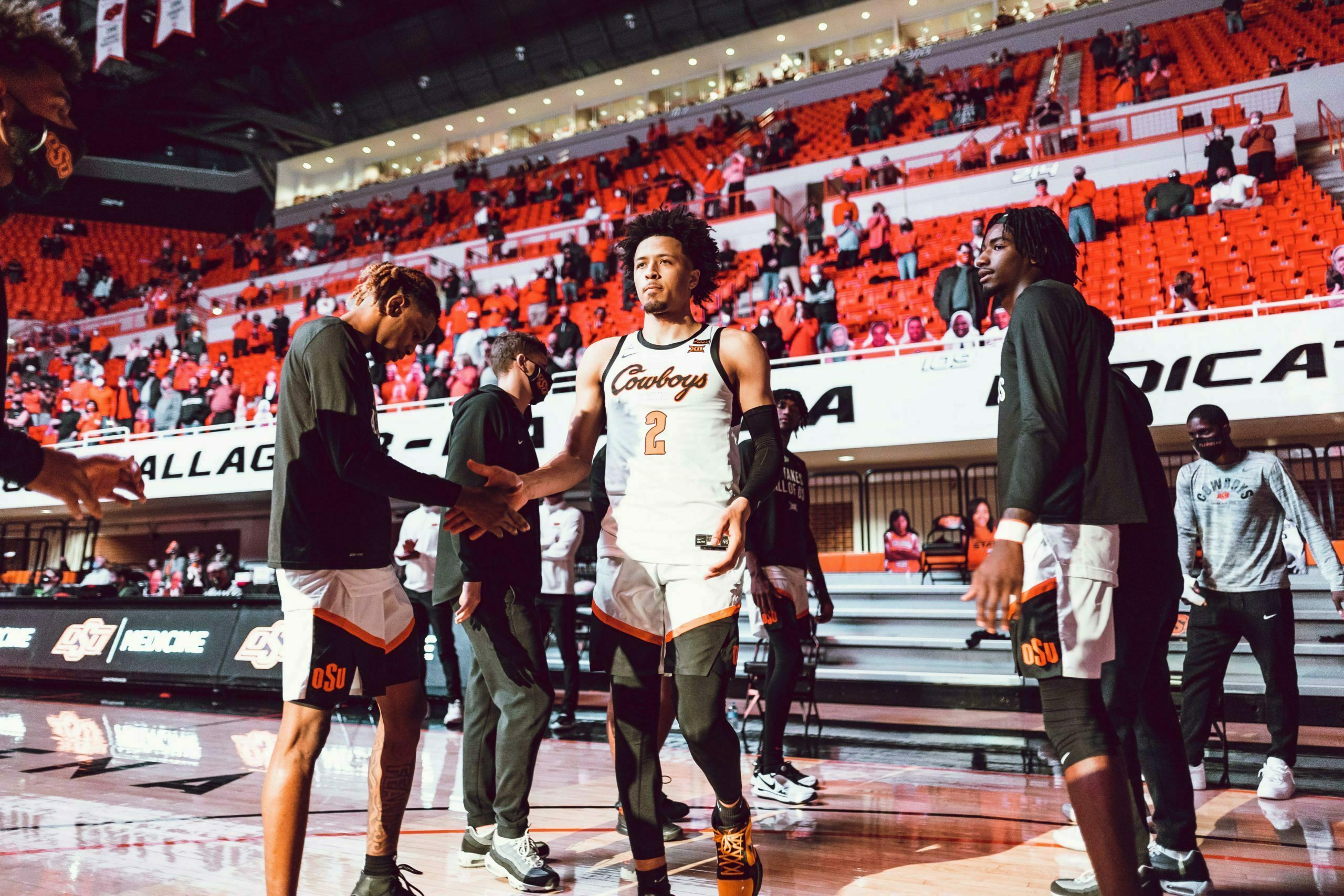 Monday night will be the last time Cade Cunningham runs out of the locker room and goes through layup lines with “Ride ’em Cowboys” playing through Gallagher-Iba Arena.

Cunningham will be honored alongside seniors Bryce Williams and Ferron Flavors for Senior Night on Monday despite Cunningham being only a freshman. He is the projected No. 1 pick in the next NBA Draft after what will have been just 12 games in Gallagher-Iba Arena.

“I’ve loved it,” Cunningham said. “I’ve loved playing in it. I’ve never really been a fan of home games my whole career until I got here. It’s a different feeling in GIA.”

Cunningham said he usually likes playing away games more with people cheering against him, as evident by his battle with the TCU student section and him dropping 40 on Bedlam rival OU in Norman. But he said it’s different with GIA.

Oklahoma State is 9-2 in games Cunningham has played in in GIA.

In games on Eddie Sutton Court, Cunningham is averaging 20.3 points, 5.9 rebounds and 4.1 assists a game. That point average is higher than his 19.8 season average, despite his 40-point outburst Saturday coming on the road.

It’s sad that Cunningham has missed out on a full power GIA. With capacity limits this season because of the pandemic, the most people to watch Cunningham in GIA was 3,350 as compared to the full 13,611.

Next season, Cunningham will probably play in games in the Staples Center and Madison Square Garden and Chesapeake Energy Arena, but, no matter the limited attendance, OSU and its fans will always have these 12 games that Cunningham lit up GIA.

“GIA just had a different feel, I always have fun playing in there,” Cunningham said. “The fans, you can tell the fans appreciate good basketball. They cheer hard. You could tell they’re just really rooting for us. I wish everybody gets to come out. I wish we got to fill it up. Being last game or whatever, I’m gonna have fun in it and try to make it special for sure.”