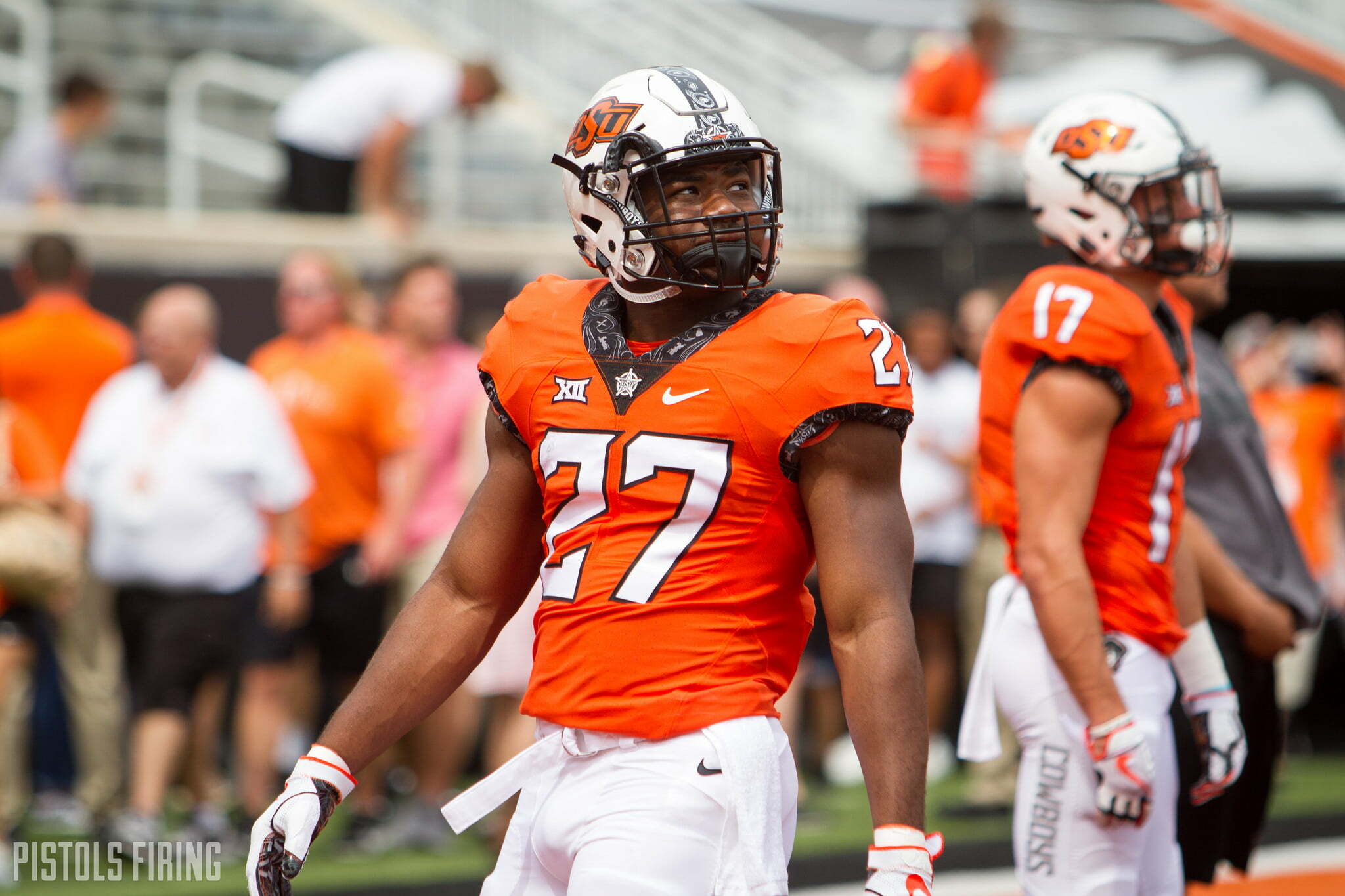 Sophomore running back J.D. King announced Monday he will transfer from Oklahoma State.

King did not play this past weekend in OSU’s win over West Virginia and did not log any official stats last week against OU. A source tells PFB that King informed the staff of his decision last week and chose to wait until today to go public with his decision.

As a true freshman last season, King toted the ball for OSU 99 times for 469 yards rushing and four scores. But with Chuba Hubbard’s emergence as a No. 2 behind Justice Hill this season, King only had 43 rushing attempts for 153 yards rushing in eight games. He also logged six receptions for 92 yards receiving and two scores.

With King no longer on the OSU team and Hill battling a rib injury that forced him out early against OU and kept him out against West Virginia, expect a heavy dosage once again of Chuba Hubbard and L.D. Brown on Saturday in OSU’s regular season finale if Hill doesn’t return to action.