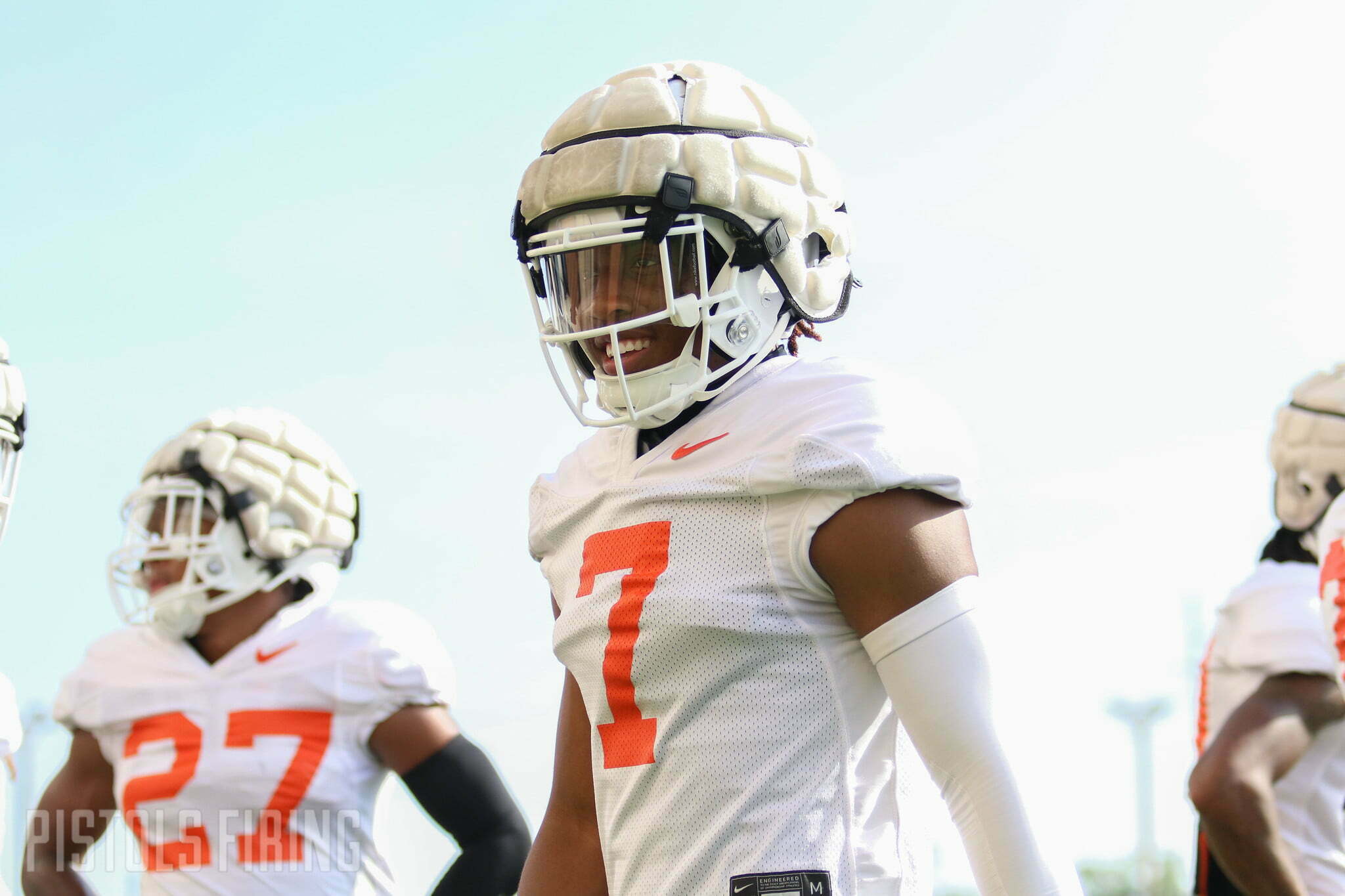 STILLWATER — Since Mike Gundy took over as Oklahoma State’s head coach in 2005, Brodrick Brown, an All-American corner, is the only Cowboy to have 20 or more passes defended in a single season, but Gundy compared Brown to a current Cowboy this week.

As a junior in 2011, Brown had five interceptions and 15 pass breakups to account for the second-most passes defended in a season in program history behind Darrent Williams’ junior season in 2003. Brown was a crucial component to OSU’s Big 12-title winning defense, and apparently junior corner Jabbar Muhammad reminds Gundy of the former ball hawk.

“He’s got a lot of Brodrick Brown in him,” Gundy said Thursday. “Loves to compete. Never says a word. When you look at him, he’s not going to just wow you with his physical stature, but he just doesn’t go away. He’s just kind of like a mosquito that you can’t hit. It just keeps flying around you and causing problems. That’s what he does out here.”

The two are built somewhat similarly. Brown was listed at 5-foot-8 back in his hay day. Muhammad isn’t quite that small at 5-10, but he is far from the biggest corner on OSU’s roster. Muhammad, Raymond Gay and Cole Stanley are all listed at 5-10, the shortest corners on the Cowboys’ 2022 roster.

Brown’s five INTs in 2011 are the second-most a player has had in a season under Gundy behind only Justin Gilbert’s seven-pick 2013 season.

In his career, Brown had seven INTs, 211 tackles, nine tackles for loss, a sack, four fumble recoveries and a forced fumble. He was always around the ball. It should really be 7.5 interceptions for the assist he hand in the 2010 Bedlam game.

Muhammad had a solid end to his sophomore season, having eight tackles and a pair of pass breakups in the Fiesta Bowl against Notre Dame. On the year, Muhammad had 23 tackles, 0.5 sacks and three PBUs.

“I’m here for the challenge,” Muhammad said about being an older guy in the Cowboys’ corner room. “The guys before me had taken me under their wing, so I’m trying to do the same thing for the young corners now.

“I take the same approach [as last year]. I attack. I’m hungry. I’m just ready to go out there and play. I’m going to take it day by day, just keep stacking up days and be a leader.”