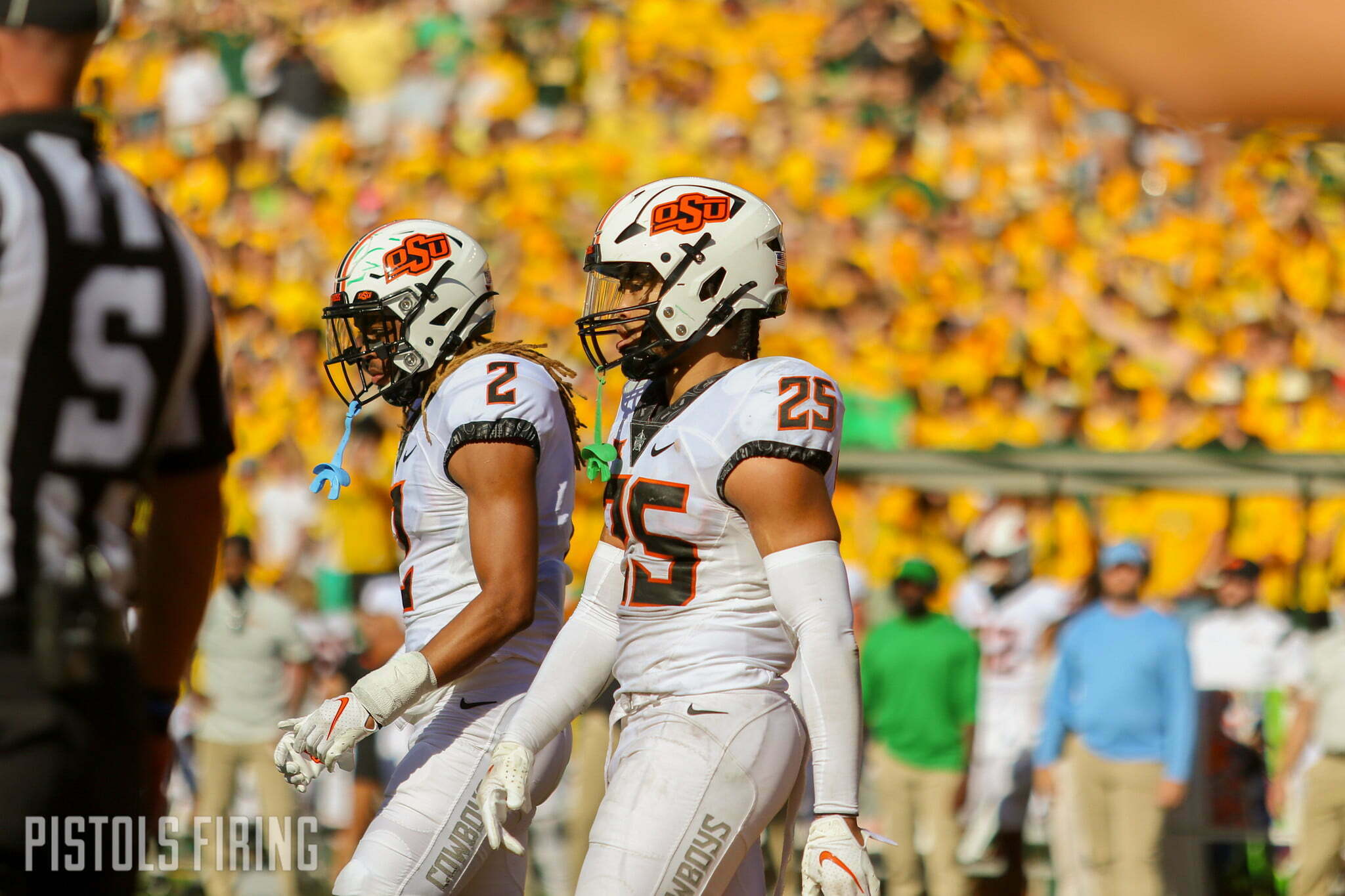 The men responsible for arguably the two biggest plays in OSU’s win over Baylor each came away with some extra accolades.

Behind the likes of Dominic Richardson and Ollie Gordon in the running back rotation, Nixon has carried the ball in spot duty so far this year. But that did not preclude him from showing out in a big way on special teams. Against Baylor, Nixon returned three kicks for 131 yards, but this is the one that earned him the honors.

Taylor is no stranger to making game-defining plays on defense or sniffing out the ball, and he did both on Saturday. With the Bears down 11 and making their last attempt at a rally, Baylor QB Blake Shapen went for a big strike to receiver Josh Cameron. Taylor read it perfectly and then made a great play on the ball.

If Taylor misses there and Cameron corrals it, we’re likely looking at a three-point game with three minutes to go. But Taylor did, and the Cowboys were able to burn two more minutes off the clock to facilitate the win. Taylor also recorded seven tackles (two solo) in the win.

These represent the first weekly conference honors for Nixon in his career and the second for Taylor. He earned Defensive Player of the Week last season for his momentum-swinging pick-six against Texas.

Here’s a look at the Cowboys’ weekly honors in just four games so far this season.