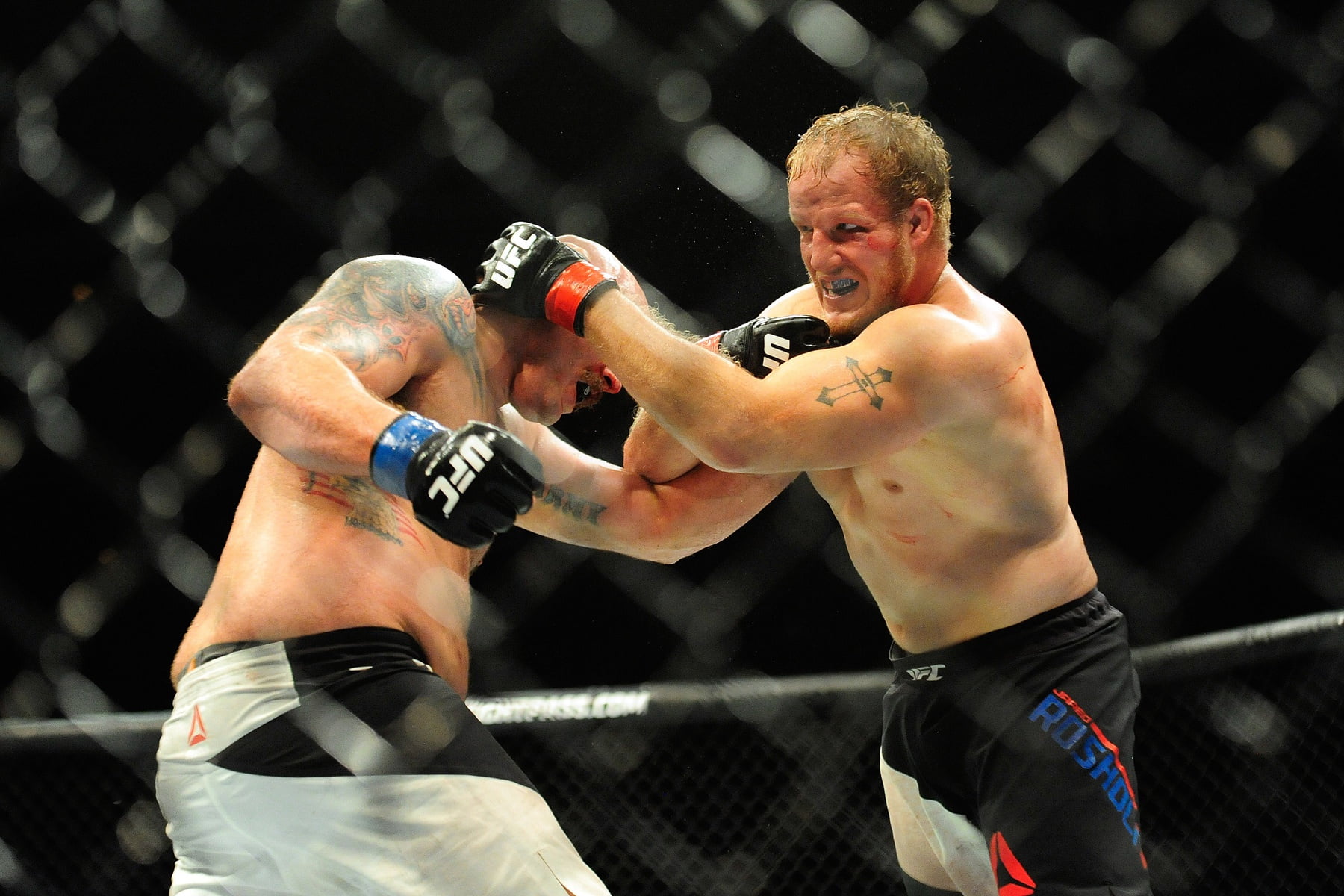 Jared Rosholt fought his first fight of PFL season 2 on Thursday night against Denis Goltsov. Rosholt exchanged shots for a bit with Goltsov before being dropped in the first round with this.

Welcome to #PFLmma, @denisgoltsov! What a finish by the Russian, who gets 6 points with this 1st-round knockout! #PFL3 pic.twitter.com/IqLhAbikbH

The Pro Fight League has two phases, a regular season which determines seeding for an eight-person playoff. Then the playoff is a tournament to determine the overall winner. Each win gives the fighter 3 points toward their seed and depending on what round the fight is finished the fighter can get an additional 1-3 points. The winner of the tournament gets a $1 million purse.

Rosholt received no points here, but will have another regular season fight at PFL, August 8 in Atlantic City. A win there could put him in a position to make the playoff, but he will likely need to finish the fight early to have a shot.