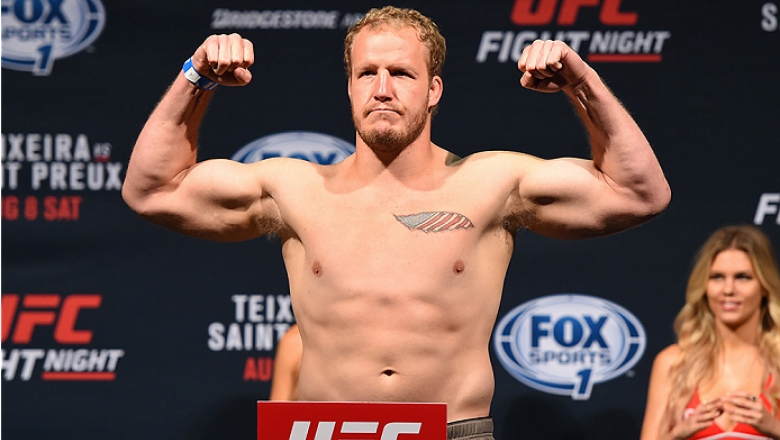 Jared Rosholt came into the PFL heavyweight tournament as the No. 7 seed taking on the No. 2 seed Muhammed Dereese.

The fight did not start well for Rosholt. He went down after a leg kick and, for about the first minute and a half, was fighting from his back and taking shots. He still managed to avoid getting knocked out and got the fight back on their feet. Once on their feet Jared picked up this takedown to get Dereese’s back.

After taking his back he went to work pounding Dereese and picked up a TKO in the first round.

You do not want Jared Rosholt on your back #PFLPlayoffs pic.twitter.com/AdC8k7BO6b

For undisclosed reasons Barroso, the winner of the fight to see who would be going up against Rosholt, could not continue. The guy who Barroso beat also couldn’t continue. So Kelvin Tiller, the 4 seed and loser of a fight on the opposite side of the bracket, is who Rosholt ultimately fought in the second fight.

The third round had a few more early exchanges, but ultimately Rosholt did the exact same thing here by taking down and smothering Tiller from top. The fight went to a decision won unanimously by Rosholt.

Up next he’ll have a tall task as he’ll take on Russian Ali Isaev in the finals of the PFL tournament on New Year’s Eve. Isaev is a high level wrestler and European Gold medalist in 2009. Winner of that fight wins $1 million.

Here’s how Isaev made the finals.