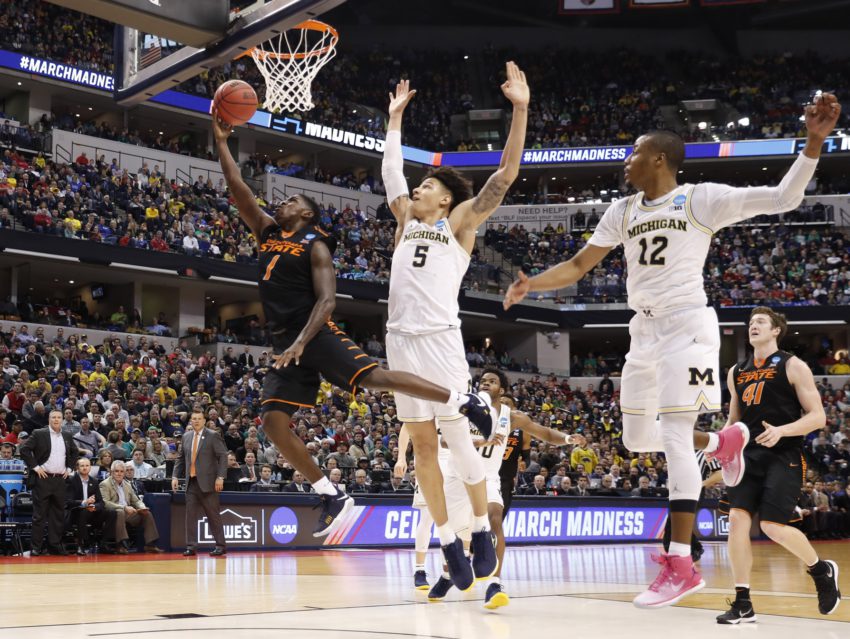 Jawun Evans made history at the NBA Combine on Thursday.

Despite being one of the shortest players at the event and one of only three players under 6-feet tall (along with Frank Mason III and Derrick Walton), Evans was measured with a 6’5.5 wingspan.

The 6’5.5 wingspan is the longest of any player under 6 feet in the history of the NBA Combine, according to Draft Express. Evans crushed the record previously held by former Oregon star Aaron Brooks, who held it with a 6’4 wingspan.

Interestingly, Evans was measured at a half an inch shorter than Frank Mason III, who was listed as 5’11 at Kansas. Oklahoma State listed Evans at 6’1.

Here are his complete measurements:

As noted by Draft Express, Jawun Evans is the same height as Charlotte Hornets star point guard Kemba Walker, but with the wingspan of Houston Rockets guard Patrick Beverley. One of the biggest knocks on Evans to this point has been his size, so the 6’5.5 wingspan is a great sign as he tries to sneak into the end of the first round of the draft, which is just over one month away.

.@draftexpress says @j3vans1_ had the largest wingspan (6-5 1/2) of any player under 6-foot in Combine history.