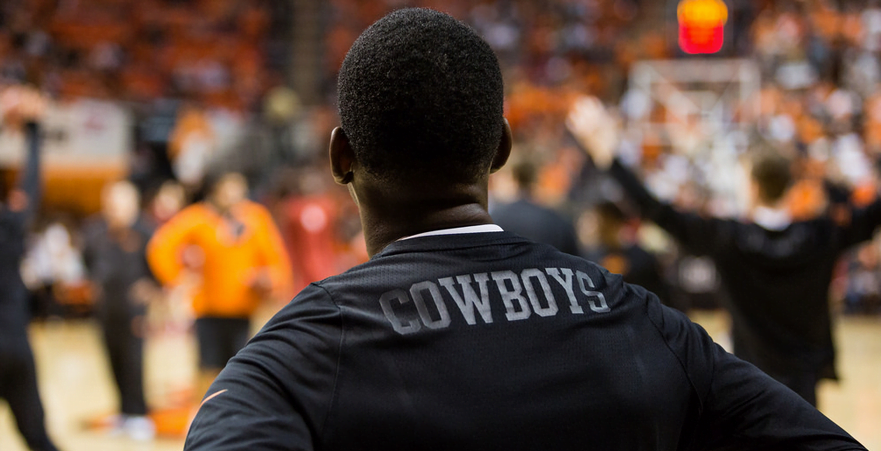 Oklahoma State boasts one of the most prolific offenses in Big 12 history. They’re currently ranked No. 1 in adjusted offensive efficiency, according to the statistics driven database at KenPom. Averaging 85.9 points per game, this OSU squad is also on pace to be the highest scoring in OSU history.

Brad Underwood deserves a lot of credit for the big turnaround in his first year. He’s seemingly unlocked buckets of potential from the likes of Jeffrey Carroll, Davon Dillard and Leyton Hammonds. All guys who have flashed potential in the past, and all guys who, as it stands right now, average 20.5 minutes between the trio.

As good as the offense is and has been, it still runs through Jawun Evans. I thought this tweet summed it up nicely.

Jawun Evans is averaging is averaging 21.3 PPG, 10.0 APG, and 4.0 RPG over his last three games for Oklahoma State. The gas in the engine.

He is the fuel. This offense simply does not look the same without Jawun Evans. (Fortunately, we haven’t seen it without him much.) With the ability to take over a game and impose his will seemingly by flipping a switch, Evans has, at times, single-handedly led his team to several wins along this 9-1 stretch. His latest masterpiece was his second half explosion to score 16 straight points for OSU and effectively close the door on OU’s hopes.

Lon Kruger has probably seen enough of Evans and would love for him to give the NBA a shot next season.

“He is a terrific player,” said Kruger after round 2 of Bedlam. “Our guys, well, we didn’t have him under control by any means, certainly we didn’t late. he made the plays he needed to late. But really good players do.”

Brad Underwood knows what he has.

“Best player on the floor,” said Underwood. “We isolated him in a bunch of different spots and let him go to work. It wasn’t one of his ideal games but that shows his true character.”

“We are not really worrying about offense because when you have one of the best point guards in the country you kind of do not have to.”

He’s also the Big 12’s second leading scorer at 18.3 points per game, just behind KU’s Frank Mason — a current front-runner for National Player of the Year.

All I know is that he is the best and most valuable player on the hottest team in the league. That earns him my vote.