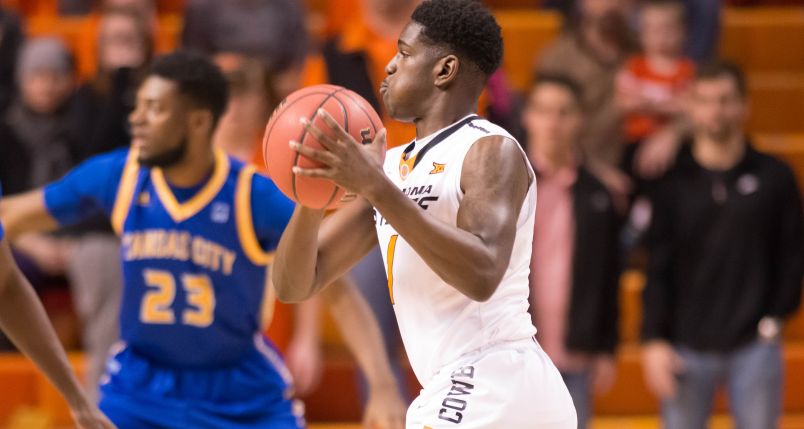 Jawun Evans has earned Big 12 player of the week honors to share with Baylor’s Manu Lecomte, the league announced on Monday.

Evans is off to an incredible start to the 2016 campaign, after ending his season early last year with a shoulder injury. He was the Big 12 freshman of the year last year, and is sitting nearly double in his points per game average, and has improved his assists, steals, and shooting percentages this season.

Evans had a 25-point outburst at home last week against Rogers State, and followed it up with a 16-point game against Maryland on the road Saturday. He didn’t have a good game scoring, but he made an impact defensively against the Terps with 2 steals, 5 rebounds, aaaaaand this thing of beauty.

I get the feeling this won’t be his last conference honor this season.