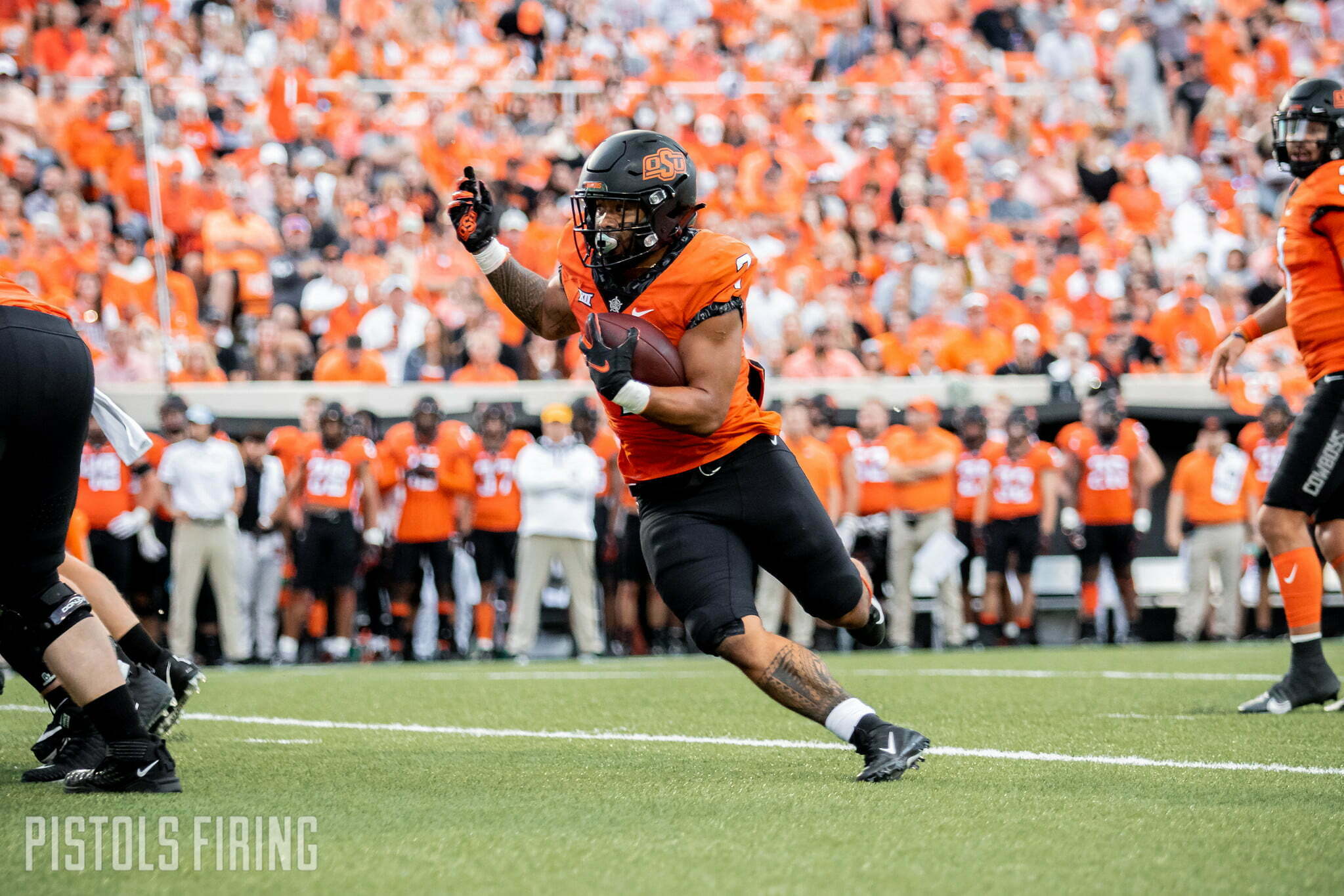 Jaylen Warren wasn’t expected to boast Tyreek Hill-like speed — that’s not his game — but he checked a box in Indy.

Last season’s Big 12 Offensive Newcomer of the Year took part in the NFL’s Draft Combine in Indianapolis which culminated in Friday’s round of drills for both the running back and offensive lineman groups.

The main attraction in the Underwear Olympics every year is the 40-yard dash, and Warren turned in a more than respectable 4.56 unofficial time. That was good for 16th among RBs who took part on Friday.

For reference, former OSU running back Justice Hill ran a 4.40 40 at the combine, and Chris Carson ran a 4.58. The three former Cowboy rushers represent three distinct styles of back. Hill, the speedster scat back, was drafted in the in the fourth round of the 2019 NFL Draft after logging top marks among running backs that participated in the 40, the vertical jump and broad jump. Carson fell all the way to the seventh round of the 2017 Draft but then earned a starting job with Seattle. So, again, it checks a box and it’s just one of many boxes that teams look at when evaluating talent.

On Saturday, Malcolm Rodriguez will be in action as part of the linebacker group, and Kolby Harvell-Peel will get to display his measurables on Sunday when the DBs take stage. The Cowboys’ three combine invitees will get the chance to further showcase their skills with several other fellow Cowboys at Oklahoma State’s Pro Day which takes place in Stillwater on March 24. The 2022 NFL Draft takes place in Las Vegas April 28-30.