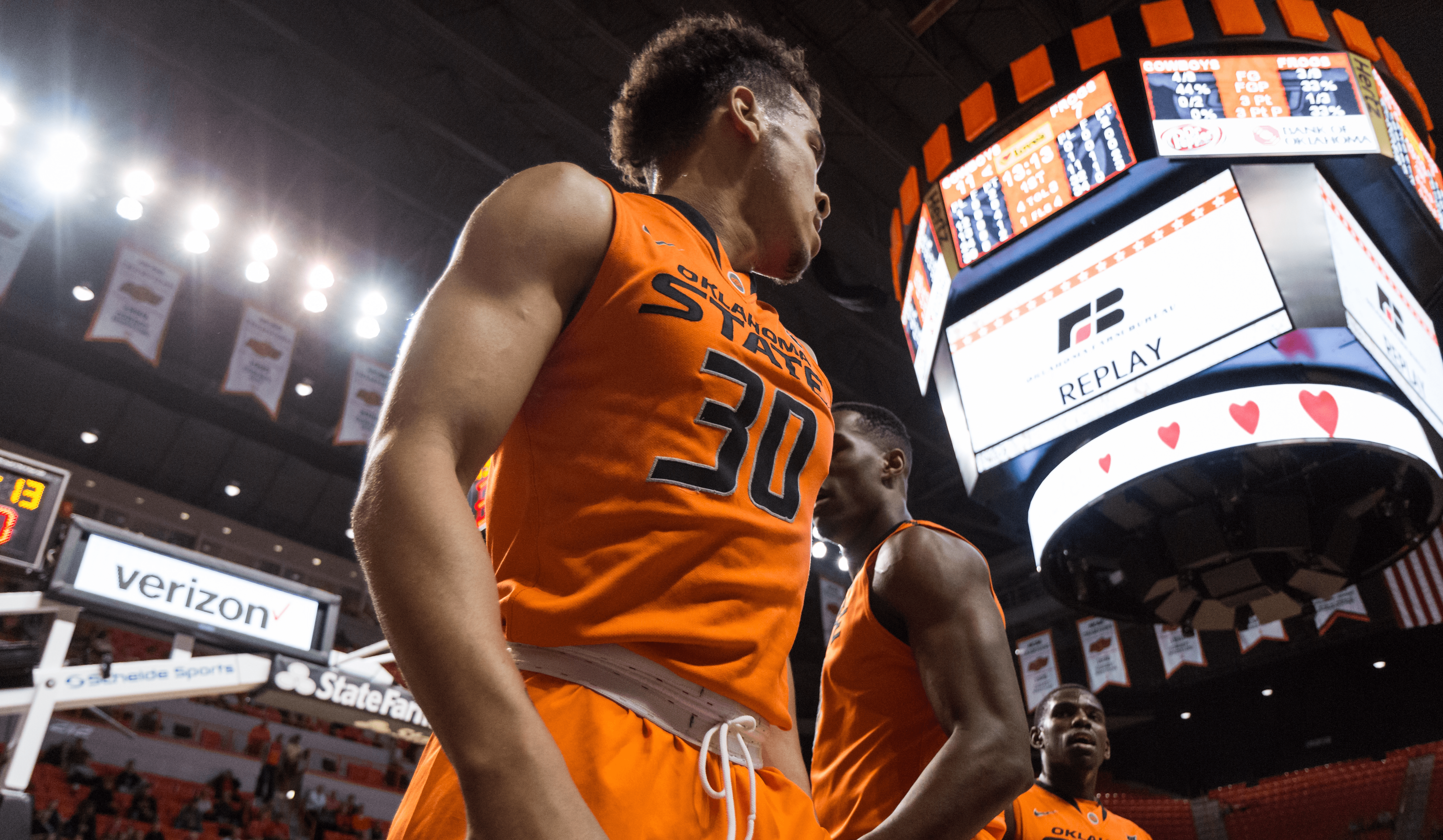 It’s been written before on this site, and it will be written again, but the fact remains — Jeff Carroll is balling out in his junior season in Stillwater. Just one year removed from averaging a little over 8 points a game and 4 rebounds a game on 41 percent shooting, Clip has taken a massive leap forward in year one of the Brad Underwood era of Oklahoma State basketball.

Carroll is sitting at 17.7 points per game, 7.3 rebounds per game, and shooting 50 percent from 3-point range. Carroll is a top give player in KenPom’s offensive efficiency rating among players used in at least 20 percent of their teams offensive possessions, just behind Duke’s Luke Kennard and ahead of the likes of UCLA’s Lonzo Ball and TJ Leaf, Villanova’s Josh Hart, and Kansas’ Frank Mason.

This stat (offensive efficiency) equals how many points a player scores per 100 possessions, and Clip’s number is a ridiculous 132.4 (132 points scored per 100 offensive possessions he participates in).

When ya boy asks the prettiest girl in school to the Homecoming dance in front of the whole student body at lunch and she says yes. pic.twitter.com/gsFSvfRPni

So it’s only right that we start talking about Clip as a potential all Big-12 player, right?

Carroll leads the Big 12 among those playing in at least 20 percent of their team’s offensive possessions with that stupid 132.4 offensive efficiency. To go along with this he has a Big-12 leading 66.7 percent effective shooting percentage, which takes into account shooting percentages for both 2s and also 3-pointers counting for more.

How do Carroll’s numbers stack up against past Big-12 performers around his size? I took all the All Big-12 1st teamers between 6’6 and 6’8 since 2010. I looked at size because positions can fluctuate a bit in this league.

Let’s take a look since 2010 in regards to a couple stats: points per game, rebounds per game, and that effective field goal percentage.

Among the 15 listed above, Carroll ranks 7th on the list in points per game, 7th in rebounds, and 1st in effective field goal percentage. He definitely belongs on the 1st team this year in terms of sheer numbers. Of course, most of these guys were on better overall teams. If OSU can close strong, though, Carroll should make it.

But even if star sophomore Jawun Evans declares for the draft after this season, Oklahoma State will (hopefully) return at least one All-Big 12 star for 2017-2018 to build around.