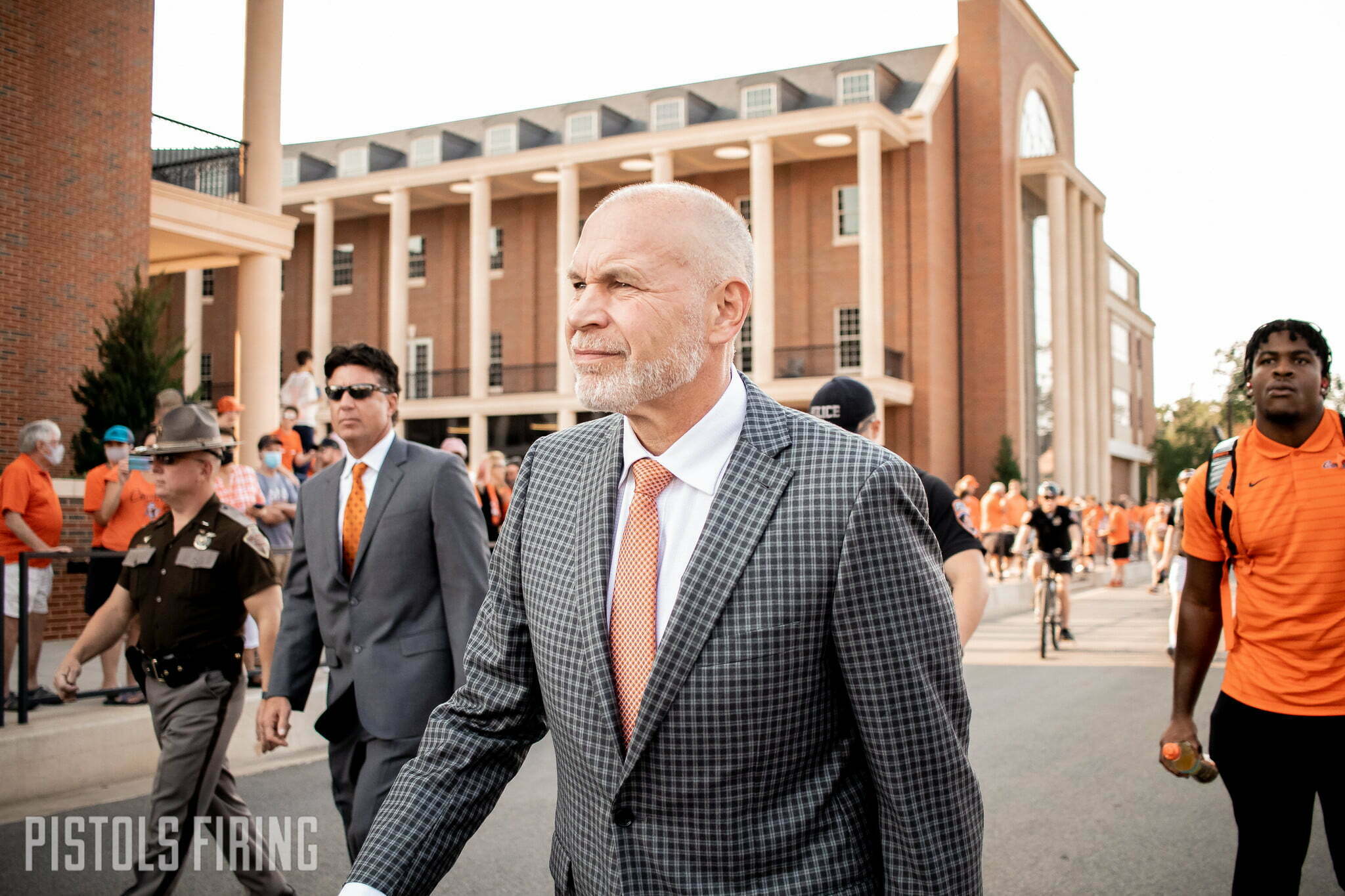 The Frank Broyles Award recognizes college football’s top assistant coach each year, and there’s not a candidate whose case holds a candle to Jim Knowles’ in 2021.

On Tuesday, Knowles, OSU’s defensive coordinator, was among 15 coaches announced as semifinalist for the award. He would be the first Cowboy assistant to earn the award, in its 26th edition. Knowles was nominated for the award last season.

Of the 15 semifinalists, only five are defensive coordinators and in that group is some stiff competition including Georgia’s Dan Lanning and Texas A&M’s Mike Elko. Knowles’ Cowboys are currently ranked T-2nd in the nation in scoring offense with the latter, behind only the former. OSU also ranks third in total defense, first in third-down defense and first in sacks.

The list will be whittled down to a group of finalists with the winner being announced during a two-day event in Little Rock, Ark. Dec. 6-7.