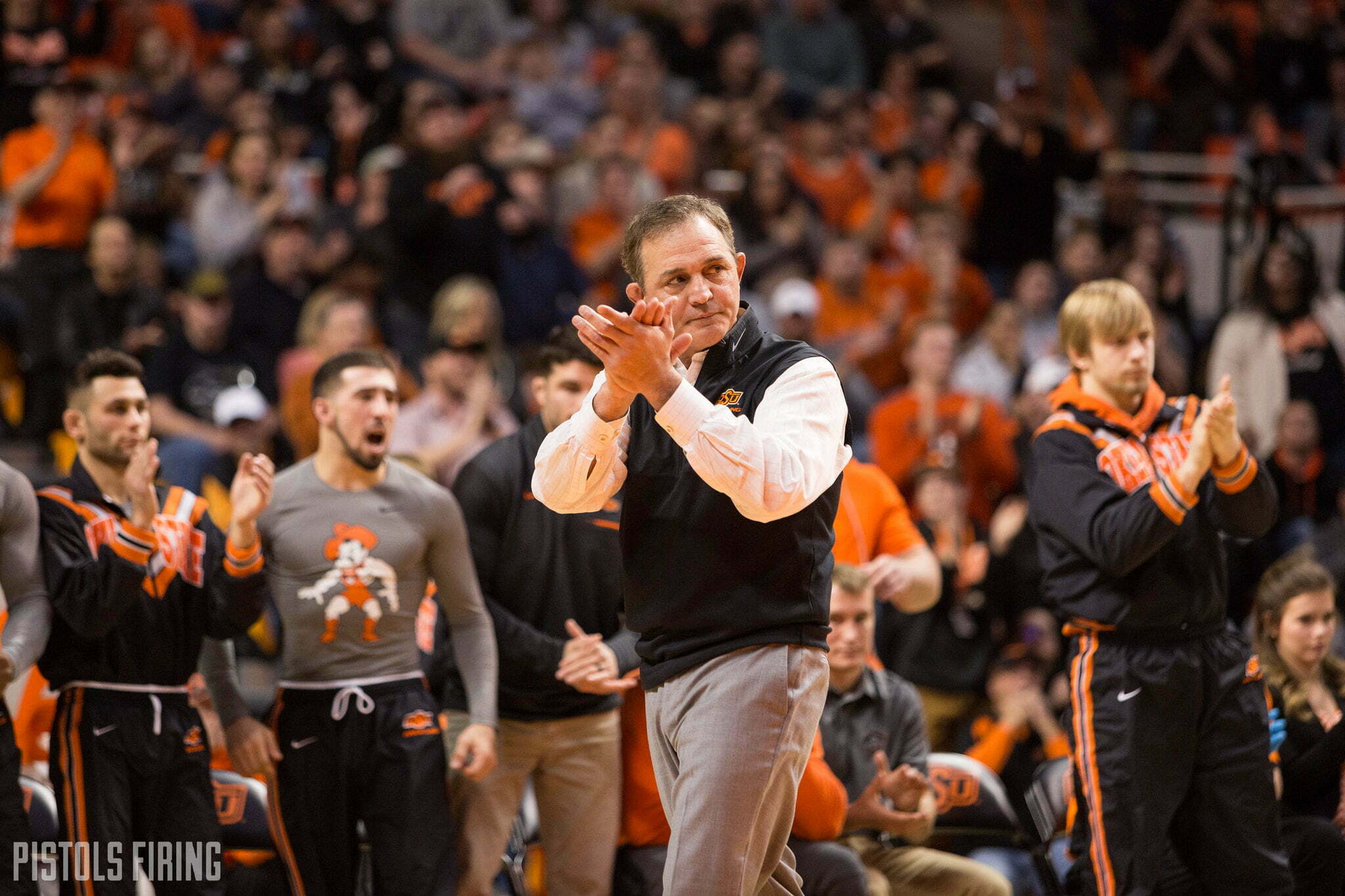 If that were you, why wouldn’t you think you could take top position on a mechanical bull at the age of 53? That’s just what Smith did, signature vest and all.

(And he fared much better than this 34-year-old could.)

It’s good to see Smith enjoying his offseason by challenging himself physically and by showing his wrestlers and potential recruits that he could still hold his own.