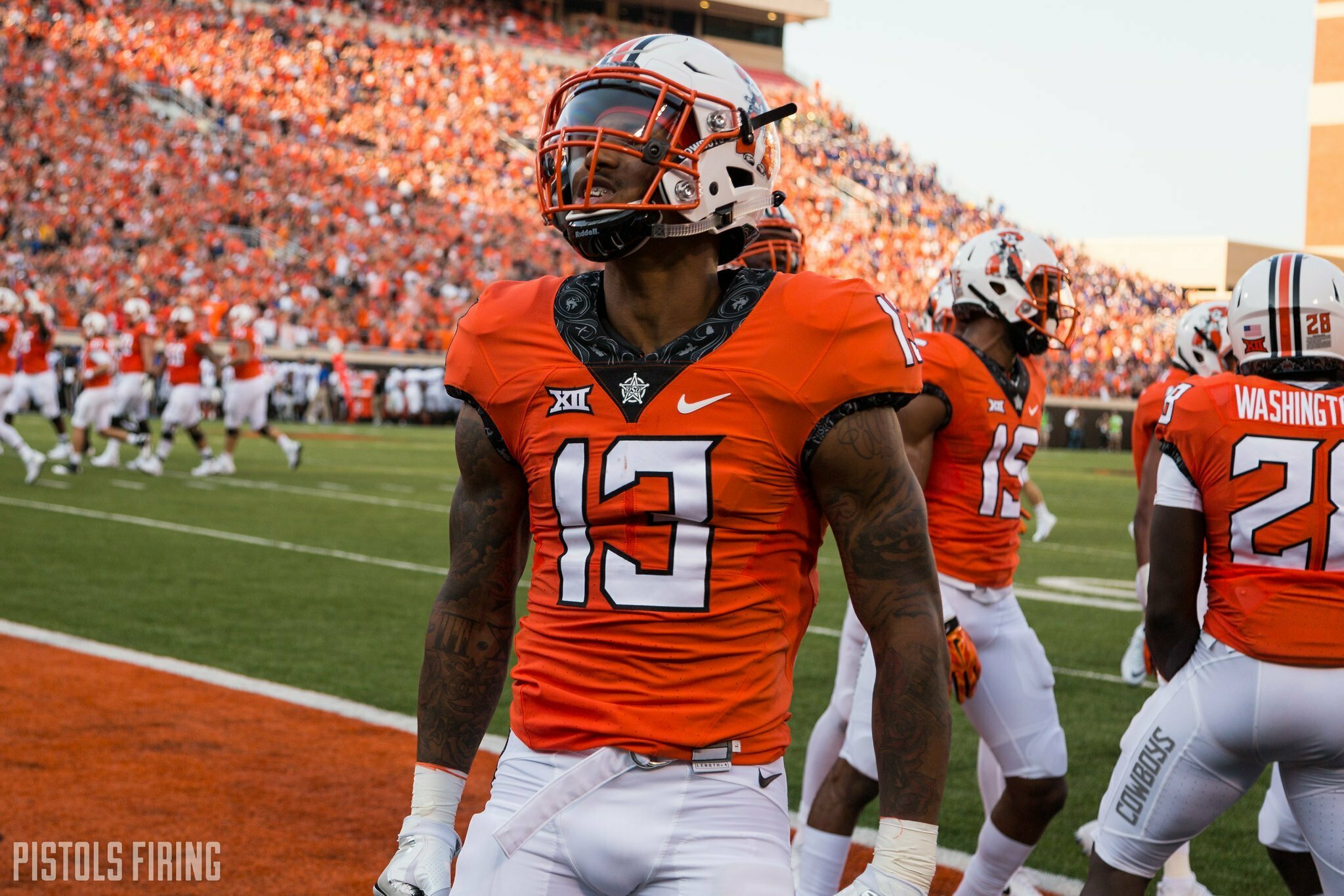 The NFL’s preseason kicked off Thursday night with the annual Hall of Fame Game, and a pair of former Pokes stood out in their new threads.

The Las Vegas Raiders defeated the Jacksonville Jaguars 27-11 in Thursday’s game. Former Oklahoma State receiver Tyron Johnson had a pair of slick catches for 39 yards for Las Vegas, and former Cowboy defensive tackle Israel Antwine recorded a sack and two tackles for loss for the Jags.

Both of Johnson’s catches came in the second quarter. His first was across the middle for a 25-yard gain that set up a Raider touchdown.

Johnson’s second catch was initially ruled incomplete before a review proved that he was able to get both his feet in bounds, resulting in a 14-yard gain.

Antwine’s first tackle came in the second quarter when he stuffed former second round pick Ameer Abdullah for a 1-yard loss.

Then to start the third quarter, Antwine sacked Jarrett Stidham 10 yards behind the line of scrimmage.

Entering his third year in the league, Johnson has bounced around a bit after going undrafted. He has played in 22 NFL regular season games where he has 22 catches for 414 yards and three touchdowns.

An undrafted rookie, Antwine signed with the Jaguars after doing a lot of the dirty work for an Oklahoma State defensive line that led the nation in sacks in 2022. He had 20 tackles for the Pokes last season, including four tackles for loss and three sacks.

Dillon Stoner is also on the Raiders roster, but the franchise put the second-year wide out on the physically unable to perform list on July 21.