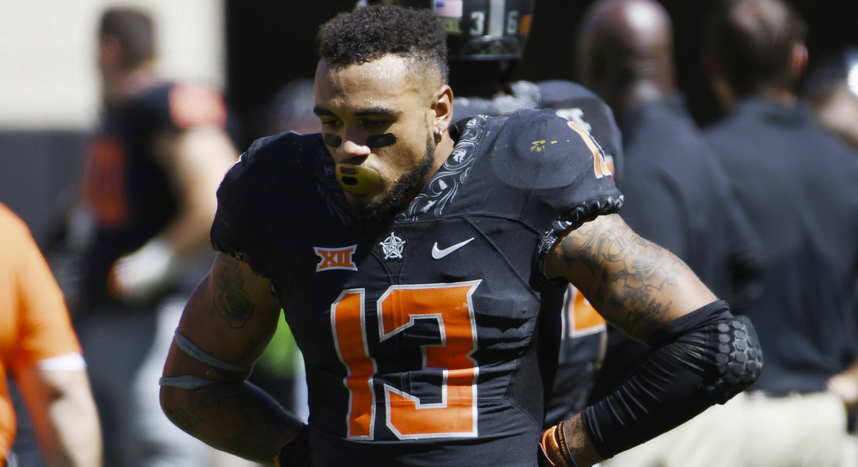 Jordan Sterns is a hard hitter. He has been since he got to Stillwater. An attribute that his head coach will miss about the senior safety.

“I think his demeanor, his willingness to strike the other team” Gundy said. “It goes against human nature to want to collide with another human body, and I don’t think he gives a second thought about it. He brings a toughness to our program, and especially our defense.”

Sterns has led the team in tackles each of the last three years and is just four stops away from his third straight triple-digit season. That didn’t look a realistic feat three weeks ago. That was until Sterns churned out a 19-tackle performance in Norman, tying an OSU single-game record.

Junior defensive back Ramon Richards, like many members of the Cowboy defense, will be losing a leader.

“Jordan has had more impact on me than anybody since I’ve been here at Oklahoma State,” said Richards, “He’s been a guy who’s led by example. He doesn’t talk the most, but when he does talk, it’s very impactful. If he makes a mistake, he owns up to it. He’s just a great leader.”

Glenn Spencer’s has had Sterns in his lineup his entire tenure as defensive coordinator.

“He comes in every day, he’s just a ballplayer,” Spencer said. “He’s always wanted to be good, always has brought an intensity to our room that you’ve got to have. I wish there was a lot more like him.”

Now Sterns heads to San Antonio (the area where he grew up) to finish out his Cowboy career.

Hopefully on a good note.