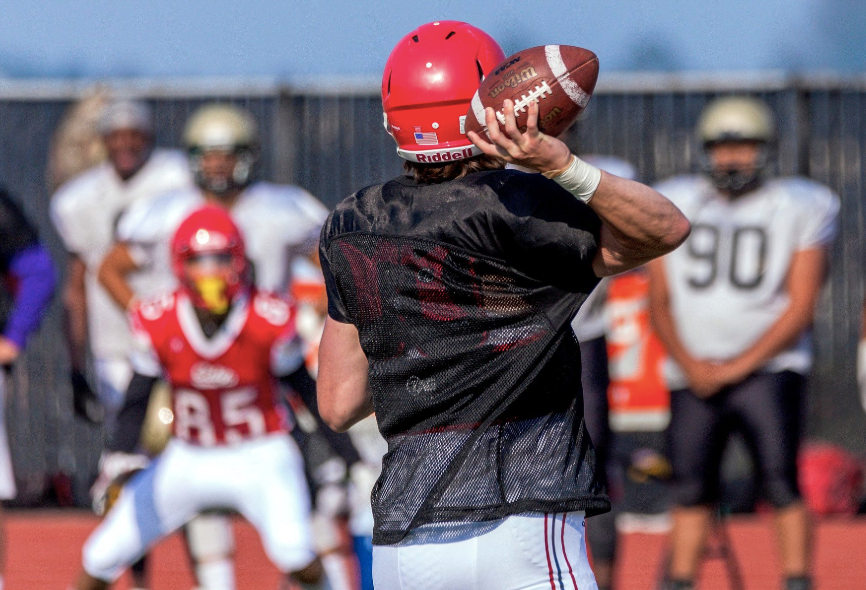 With Dru Brown graduating, Oklahoma State could use a piece of depth on the roster at quarterback. Enter Ethan Bullock.

Bullock is a former South Dakota State player who is transferring out of the junior college ranks from City College of San Francisco, and OSU has expressed some interest. On Friday, he announced that interest has equated to a visit this upcoming weekend:

Bullock is a 6-foot-4, 200-pound recruit who had two offers — South Dakota State and Eastern Kentucky — coming out of high school. Right now it appears as if OSU is his only interest. As of now OSU has not offered.

Maybe that shouldn’t be the case. It’s clear new QB coach Tim Rattay sees something, and maybe it’s his small-sample-size stats: according to the CCCAA, he threw for 1,468 yards and 15 touchdowns to only seven INTs while splitting QB duties with the team’s other QB in a run-heavy system.

He’d be a good depth piece if nothing else to serve as insurance if Spencer Sanders were to get hurt and Shane Illingworth, the prize of OSU’s 2020 recruiting class, wasn’t quite ready.