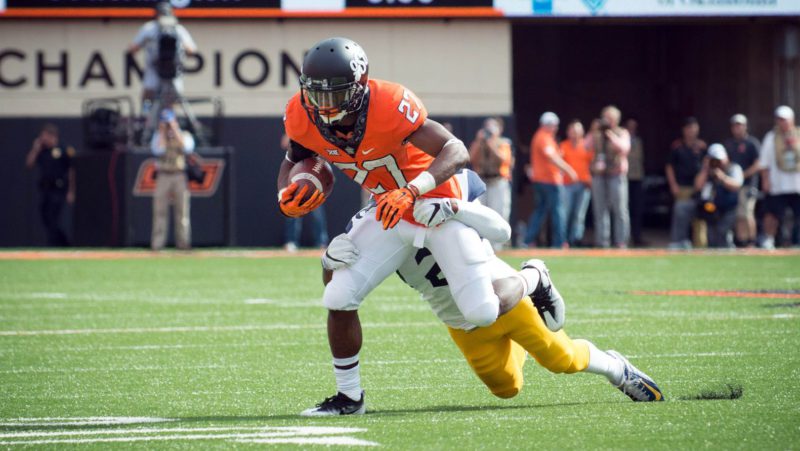 About a month ago we looked at the possibility of OSU running back Justice Hill ending the season as atop the list of freshman rushers.

Well, thanks to Clemson’s domination of Ohio State (and Buckeye redshirt freshman Mike Weber’s lowest output of the season of 24 yards), it looks like that possibility will be realized.

Hill’s 1,142 yards are most among FBS freshmen. The only freshman with a chance to catch him is Alabama quarterback Jalen Hurts (891 yards), and it’s not really a chance. Hurts would need 251 yards against Clemson in the national championship game.

So, since that’s not happening, I’ll go ahead and congratulate Justice for another badge of honor in an impressive (and record-setting) rookie campaign.