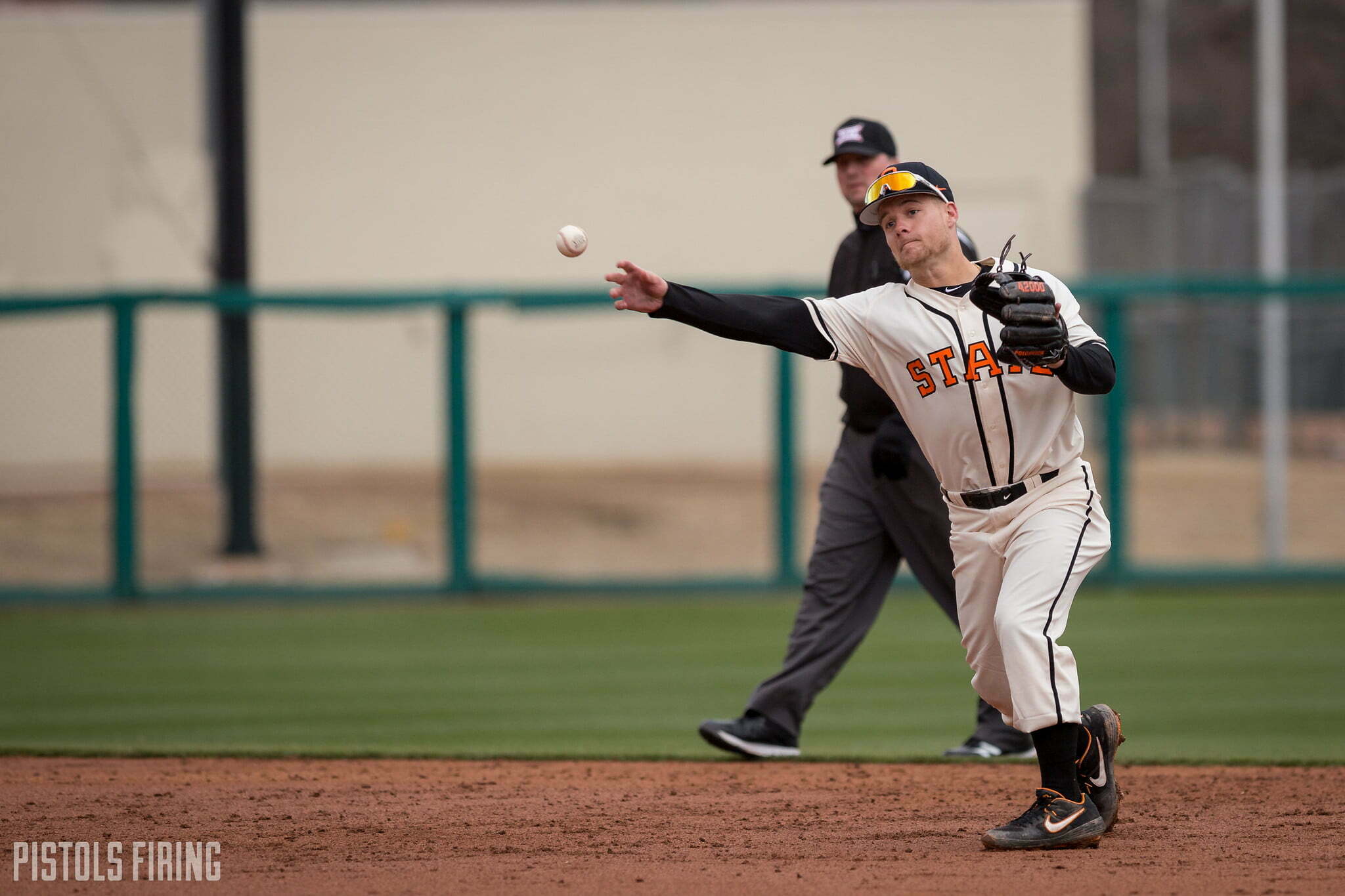 Kaden Polcovich’s journey from Edmond to Stillwater was an unconventional one, but now he is an All-American.

It was his first season at OSU after transferring in from Northwest Florida State, a junior college. He started in all 18 of the Cowboys’ games playing at third and second base. His .344 batting average was the second-highest on the team among batters with 30 or more at-bats.

His 20 runs scored led the Cowboys as did his 21 RBIs and 19 walks drawn. Polcovich had nine multiple hit games.

Polcovich’s best game was one of the Cowboys more recent ones. On March 10 against Saint Louis (the second to last game before the season was called), Polcovich went 3-for-5 at the plate, finishing a single shy of the cycle. He had seven RBIs in the game and scored two runs himself.

As good as he was at the plate, Polcovich was just as capable in the field. He recorded 19 put-outs and 30 assists while not committing an error all season.

Polcovich becomes the 77th Cowboy in program history to be an All-American for a program that now has 134 All-American honors.