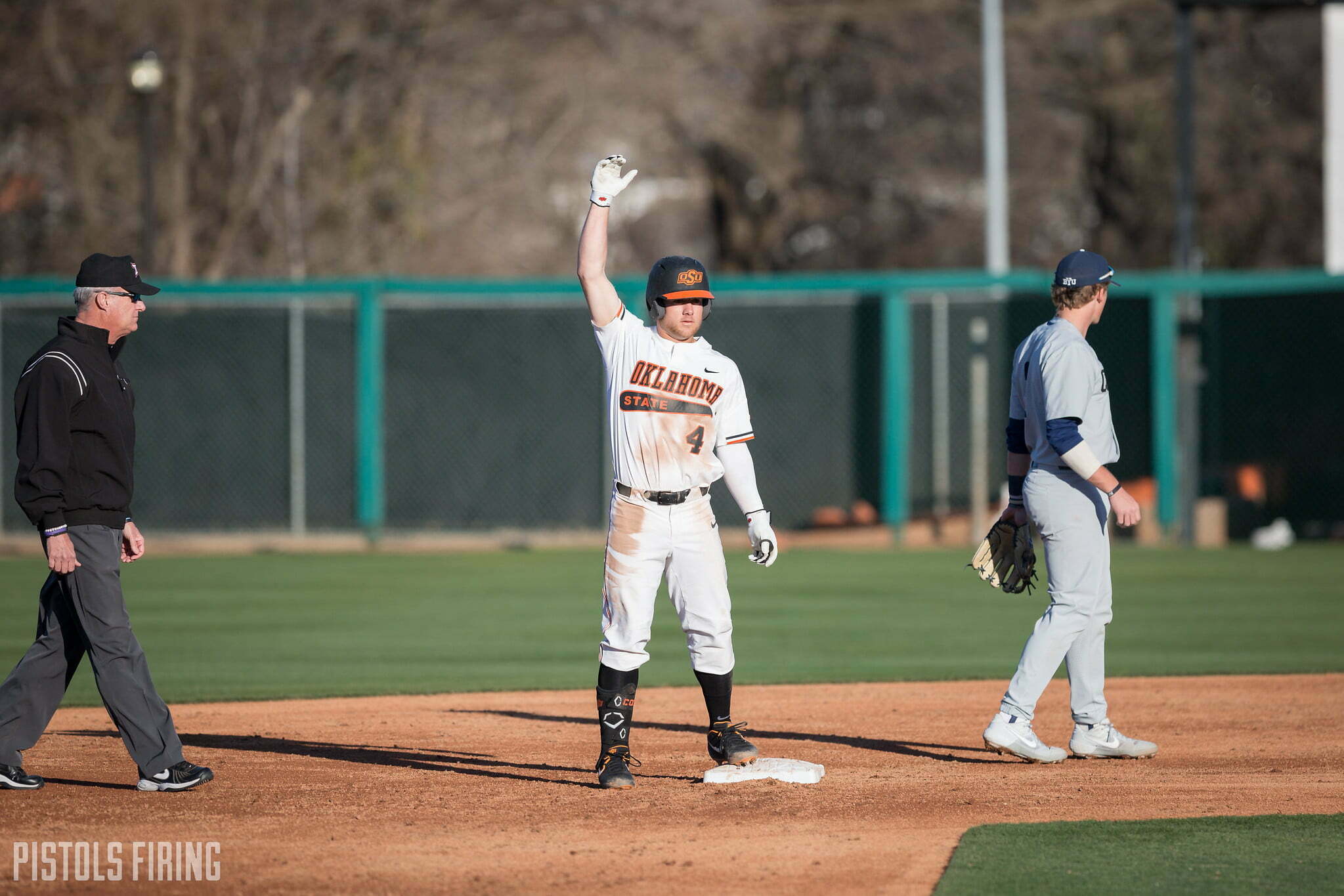 It only took 18 games, but Kaden Polcovich made an impression on pro scouts during his time at OSU.

On Thursday, the Seattle Mariners selected Polcovich, the junior infielder from Edmond, with the 78th overall pick in the third round of the 2020 MLB Draft.

That makes him the second-highest drafted Cowboy during Josh Holliday’s tenure but the only Cowboy taken this year. The 2020 draft was abbreviated to just five rounds thanks to the COVID-shortened 2019-20 season.

The Deer Creek High School (Okla.) product came to OSU after a successful stint at the junior college level.

In his 18 games in orange, Polcovich boasted a .344 batting average and led the Cowboys in RBIs (21), walks (19), runs (20) and multiple-hit games (9), earning third-team All-American honors. Polcovich was also tabbed a top 100 prospect by D1 Baseball thanks in part to his .578 slugging percentage, his .494 on-base rate and his eight stolen bases.

Getting selected as highly as he did, it’s likely Polcovich will sign with the organization, putting an end to his OSU tenure.