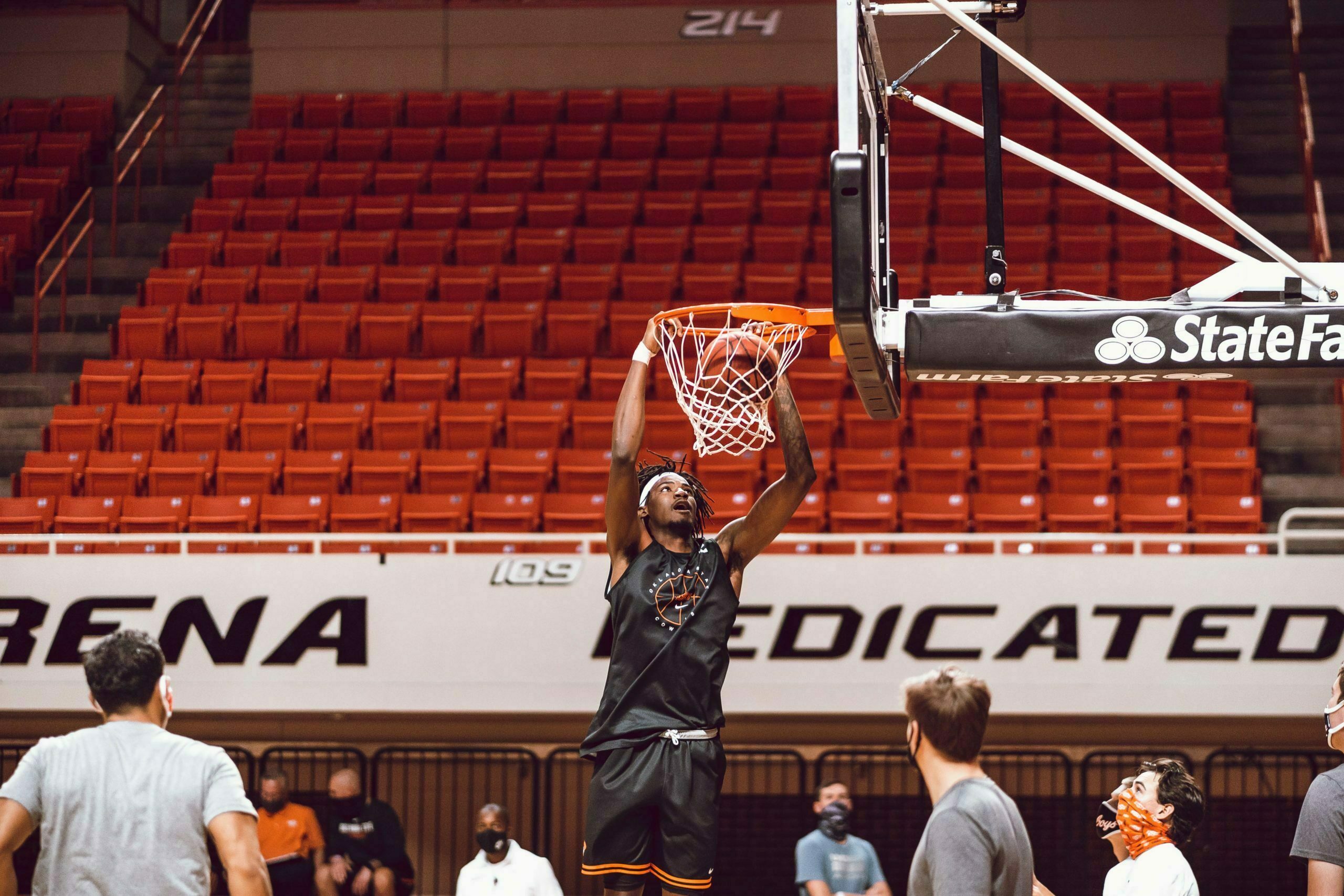 Kalib Boone knew he would get a call from his dad when he found out Yor Anei was transferring.

Anei exiting Stillwater meant a significant increase in roll for Boone. Anei started 55 of the Cowboys’ 64 games in the past two seasons. Boone was a freshman at OSU last season and managed four starts in Anei’s stead.

“When I found out Yor was transferring, the first thing I said, I’m like, ‘My dad is gonna call me,” Boone said Wednesday. “‘I’m going to have a 30-minute to an hour talk with him about this. I promise you it’s going to be the longest talk ever.’ I say that, then later on that night I get a phone call from my dad, and we start talking at 8:30, I don’t get off the phone until like 9:45. I went over to Keylan’s, and I’m like, ‘Man, I just talked to dad for an hour.'”

After the lengthy conversation with his father, some things started setting in.

“I realized, I was like, ‘I can’t be the Kalib that took games on and off last year,” Boone said. “I gotta embrace being somebody that’s consistent.’ That was my whole focus.”

Consistency was an issue for Boone last season, as it is with most freshmen. He had big games in home wins against Texas Tech and Oklahoma, scoring 16 points and 14 points, respectively. However both of those games were followed with setbacks.

He finished his freshman season averaging 4.7 points, three rebounds and 0.7 blocks in 11.7 minutes a game.

Boone said he understood Anei had to look out for himself, but he was sad his friend wasn’t going to be around any more. He said the two still talk every day.

With that said, Boone is now the featured post player on a team that will catch a lot of eyes in the 2020-21 season.