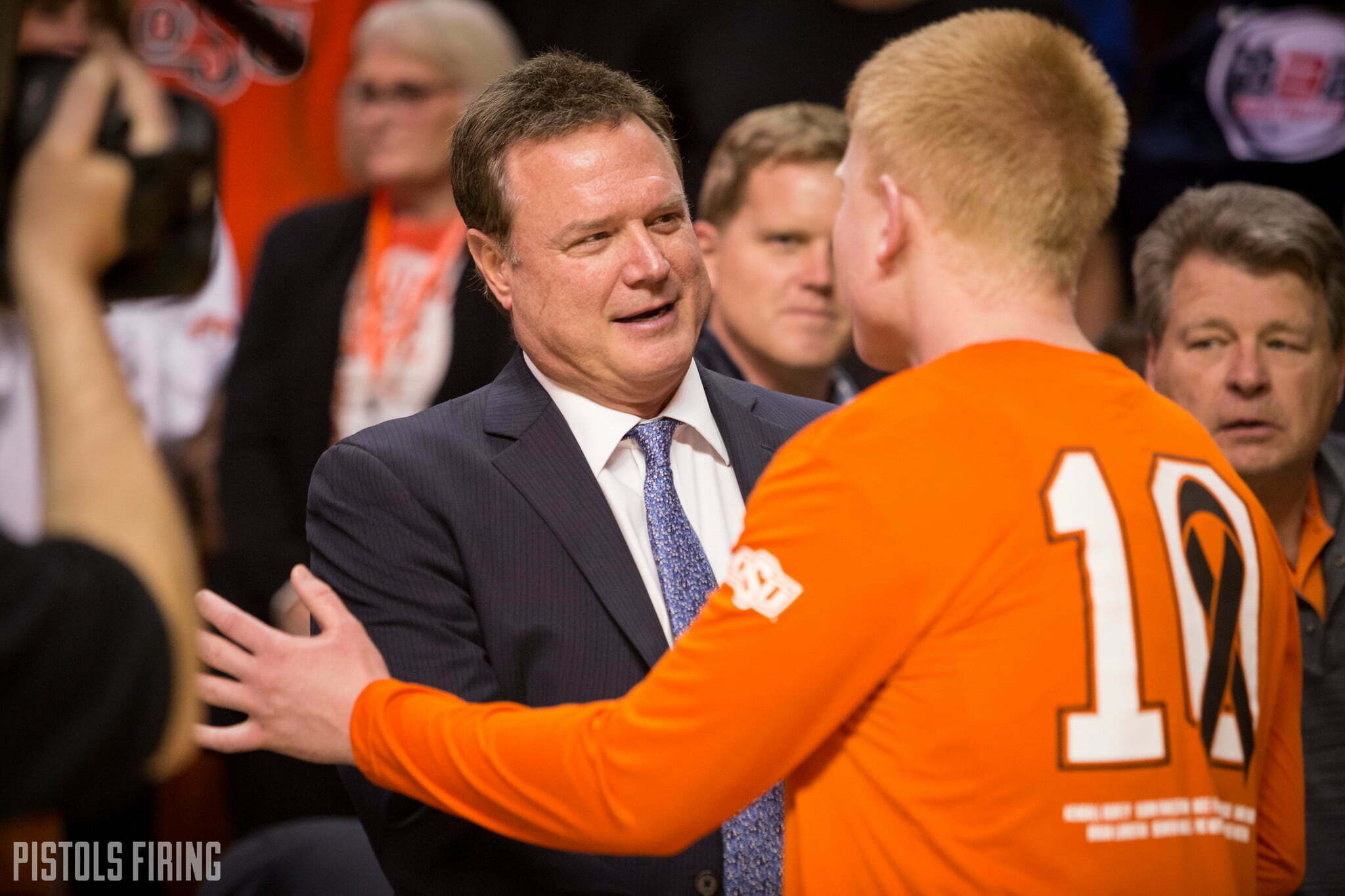 If Kansas’ formal response to the NCAA’s Notice of Allegations released to the public on Thursday is any indication, we could be sitting front row for a major legal battle between the college basketball blueblood and the governing body of college athletics.

In response to allegations that KU committed five (!) Level I violations, the most severe violation in NCAA legislation, KU on Thursday denied on all fronts, with each charge getting its own rebuttal of Does not agree from Kansas and the parties involved.

Here’s how it reads in the 90-plus page document, which was redacted Wednesday so it could be released today: 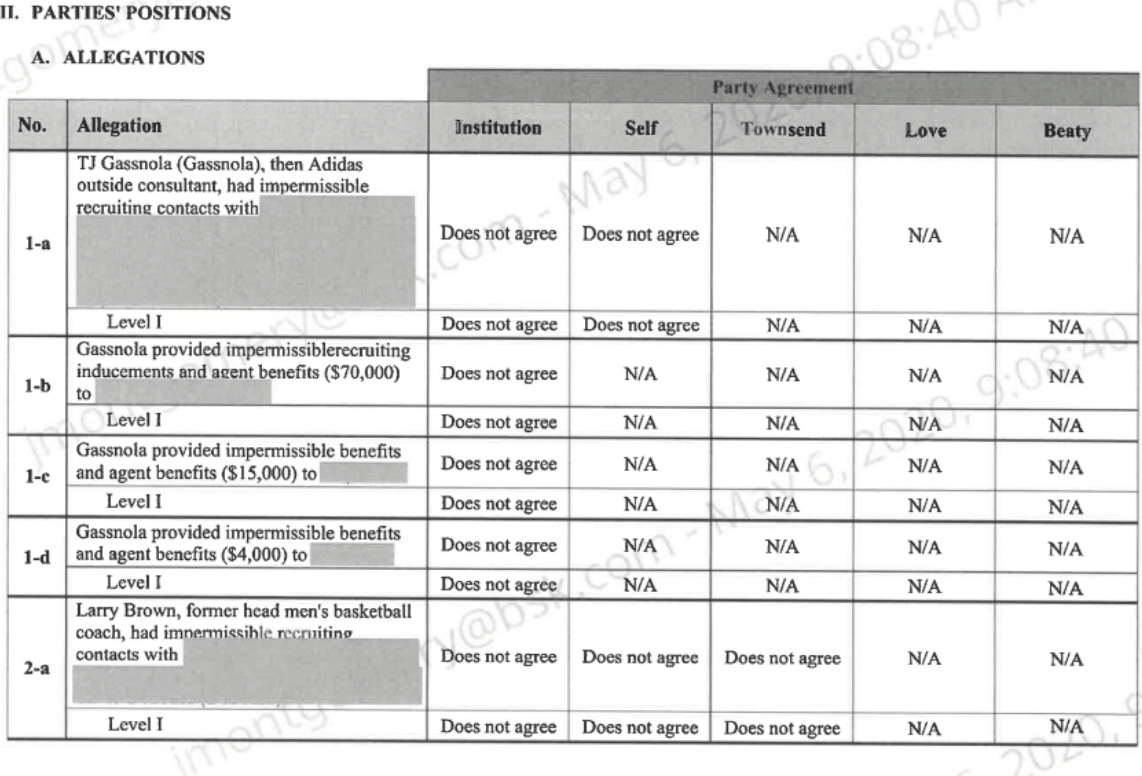 Though Kansas and NCAA clearly do not see eye to eye on the allegations, the NCAA appears to be dug in after determining the violations warranted nearly a half-dozen Level I violations.

“There can be no doubt the men’s basketball allegations are egregious, severe and are of the kind that significantly undermine and threaten the NCAA collegiate model,” the NCAA said in a statement. “The institution, in taking its defiant posture in this case, is indifferent to how its alleged violations may have adversely impacted other NCAA institutions who acted in compliance with NCAA legislation.”

The NCAA alleges KU broke multiple rules violations related to the college basketball scandal that ensnared Rick Pitino and other high-major coaches that ultimately led to a federal government bribery trial in 2019. In the trial, KU was painted poorly when ex-Adidas consultant T.J. Gassnola testified that he facilitated payments to former KU player Billy Preston and the guardian of KU forward Silvio De Sousa.

As shown in the document above, Hall of Fame coach Bill Self and lead assistant Kurtis Townsend are also involved, with Self facing a coach responsibility charge that carries with it a Level I penalty.

As Matt Norlander at CBS Sports notes, the majority of KU’s argument centers around the legal definition of a “booster.” KU denies Gassnola was working hand in hand with Self and his staff to secure commitments for the Jayhawks, and Gassnola himself has denied that. But Gassnola by NCAA definition is categorized as a booster, bolstering the NCAA’s case against KU.

The school has previously stated that any accustations of wrongdoing in this case against Self are “based on a misguided, unprecedented, and meritless interpretation and application of NCAA booster and recruiting legislation.”

Kansas is at odds with the NCAA over the definition of a “booster” and how such a broad definition could apply in this case. The school has fought against the notion Adidas’ employees would have been boosters when they made payments to parents/guardians of players or help facilitate recruitments in Kansas’ favor. Gassnola himself testified that KU’s coaching staff was unaware of his doings, but text messages from Gassnola to Self, shown in court, revealed Gassnola’s willingness to stock the cupboard for one of the biggest and best coaches — and schools — in college basketball. [CBS Sports]

Kansas as a result of the findings faces significant punishment if found guilty, which may include a postseason, loss of scholarships or other recruiting restrictions. Self himself won’t get off easy, either. According to the NCAA penalty matrix, he could be suspended up to a full season dependent upon the level they view aggravating factors involved. If it is a standard Level I violation, he could miss between 30-50 percent of the season.