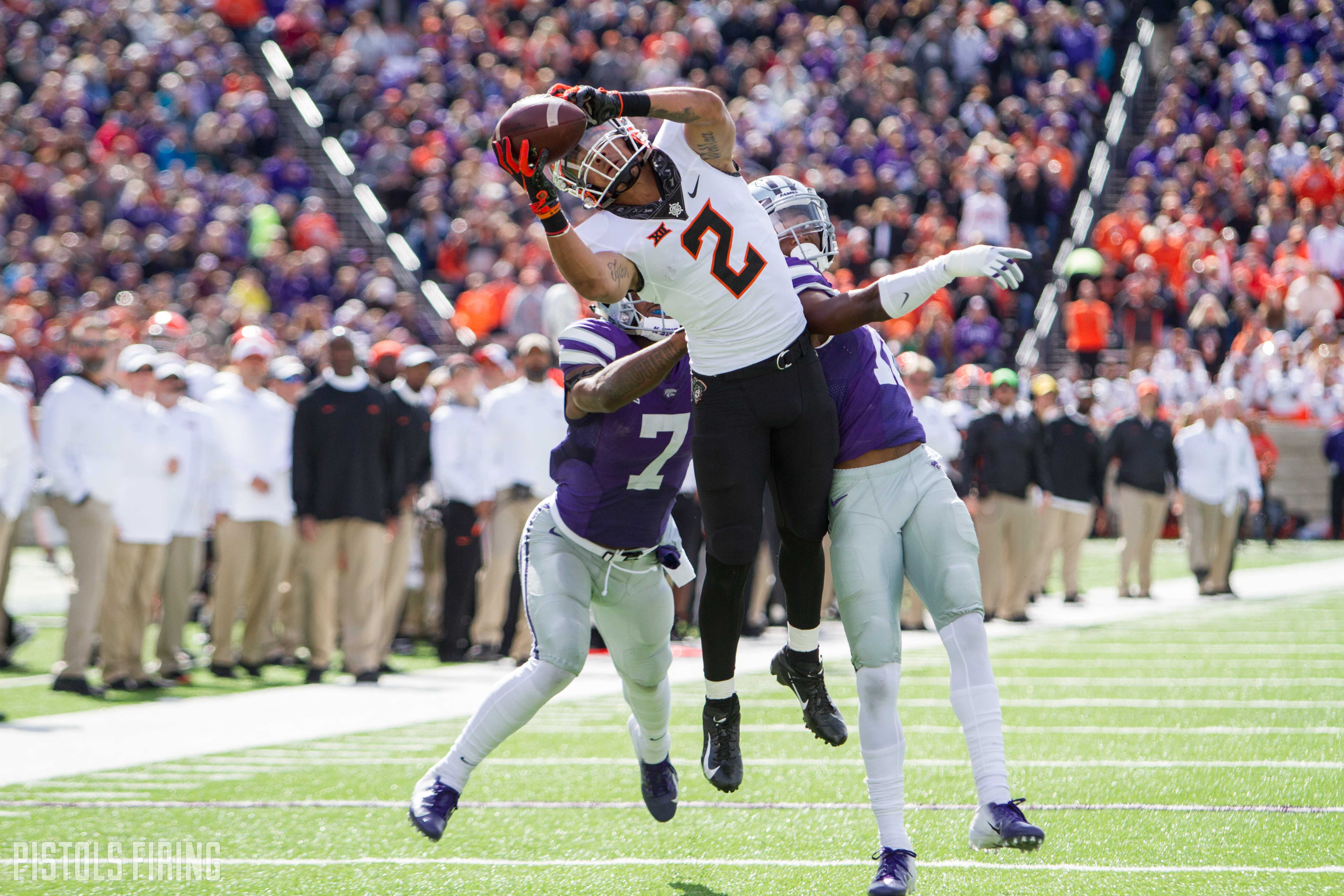 The Cowboys fell to a miserly 1-3 start to start conference play and head into their bye week with a bad taste in their mouths and in need of some soul searching. It’s the worst Big 12 start since Mike Gundy took over in 2005 and it might not be getting any better, any time soon.

If I said the Pokes got off to a slow start in Manhattan, that would be Mike Gundy volunteering as a Salvation Army Santa Claus in a snowstorm generous. The Cowboys were anemic offensively, scoring just 6 points as both teams crawled to a 6-3 halftime score.

But then the Wildcats were somehow roused at the intermission by their 79-year old head coach while his 51-year-old counterpart was making certain that nobody panics. The Wildcats scored TDs on every second half possession they wished to and OSU, well, didn’t.

That pretty much sums it up.

Who Earned a Windbreaker

Wallace, once again, led the way for Oklahoma State receivers. His five catches and 90 yards were both team highs and his 45-yard GAM catch was one of the few highlights of the Cowboys’ trip to the Little Apple.

Wallace was the Cowboys offense with the ground game struggling and Cornelius unable to connect with Tyron Johnson who led the team with eight targets but only hauled in three of them for catches.

Bernard always seems to be in the right place and the right time. The 18-year-old freshman DB’s second career sack came at an opportune moment at the end of the half.

With OSU up 6-3 and K-State threatening to score, Bernard planted Skylar Thompson on the turf to watch the clock run out on the half.

Without a timeout remaining, the Wildcats were resigned to their fate of a halftime deficit. Unfortunately, OSU didn’t take advantage of that play, the third quarter kickoff or a number of other things (i.e. talent level, a new redshirt rule, etc.).

There was a shallow well of highlights to draw from so we’re going to go to with that aforementioned grab by Wallace. He’s a bonafide star, and both on Saturday and over the last few weeks has been a bright spot for Oklahoma State. Let’s hope for two more years of Superman catches.