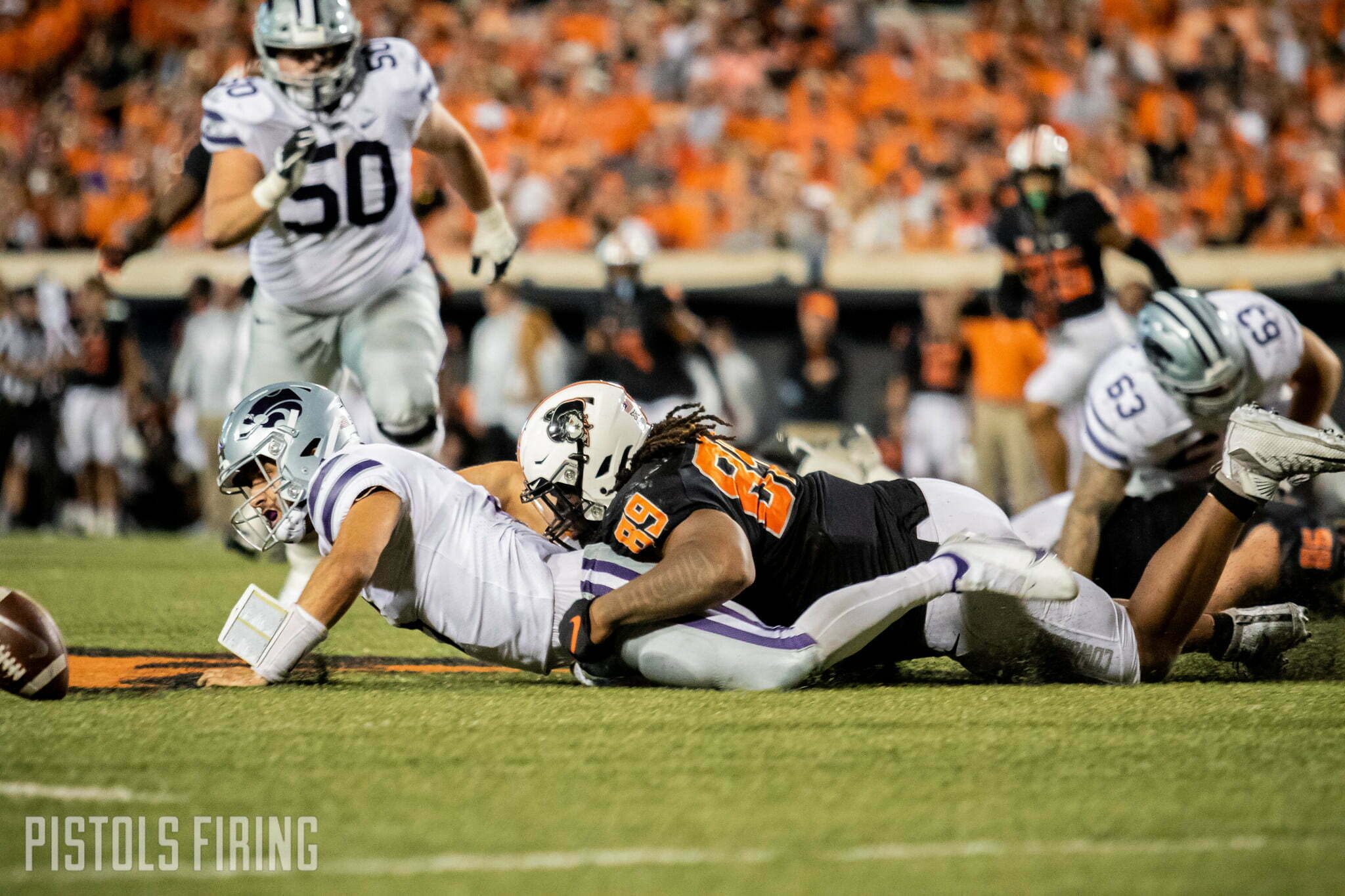 Mike Gundy said earlier in the week that he felt it was likely that Kansas State starting QB Adrian Martinez, who was banged up last week and whose status on Saturday vs. Oklahoma State was seemingly up in the air, would more than likely play vs. the Pokes.

But a report from ESPN reporter Pete Thamel on Saturday suggests Martinez’s status is far from certain. Thamel reports that Martinez was just a limited participant in practice on Thursday as the team installed its game plan vs. OSU and he is a “true game-time decision” to play.

Martinez left last week’s game vs. TCU with a leg injury and did not return. He’s expected to give it a go and be monitored in warmups before a decision on whether he will or will not play is determined.

Without Martinez, Kansas State would start junior Will Howard, whose sudden injection into the lineup last week vs. TCU helped inject life into the game for the Wildcats as he led the team to four straight scoring drives. Howard has played in 15 career games but last week was his first of the season. He went 13 of 20 passing for for 225 yards and two scores and also added one score on the ground and 31 yards rushing on nine attempts.