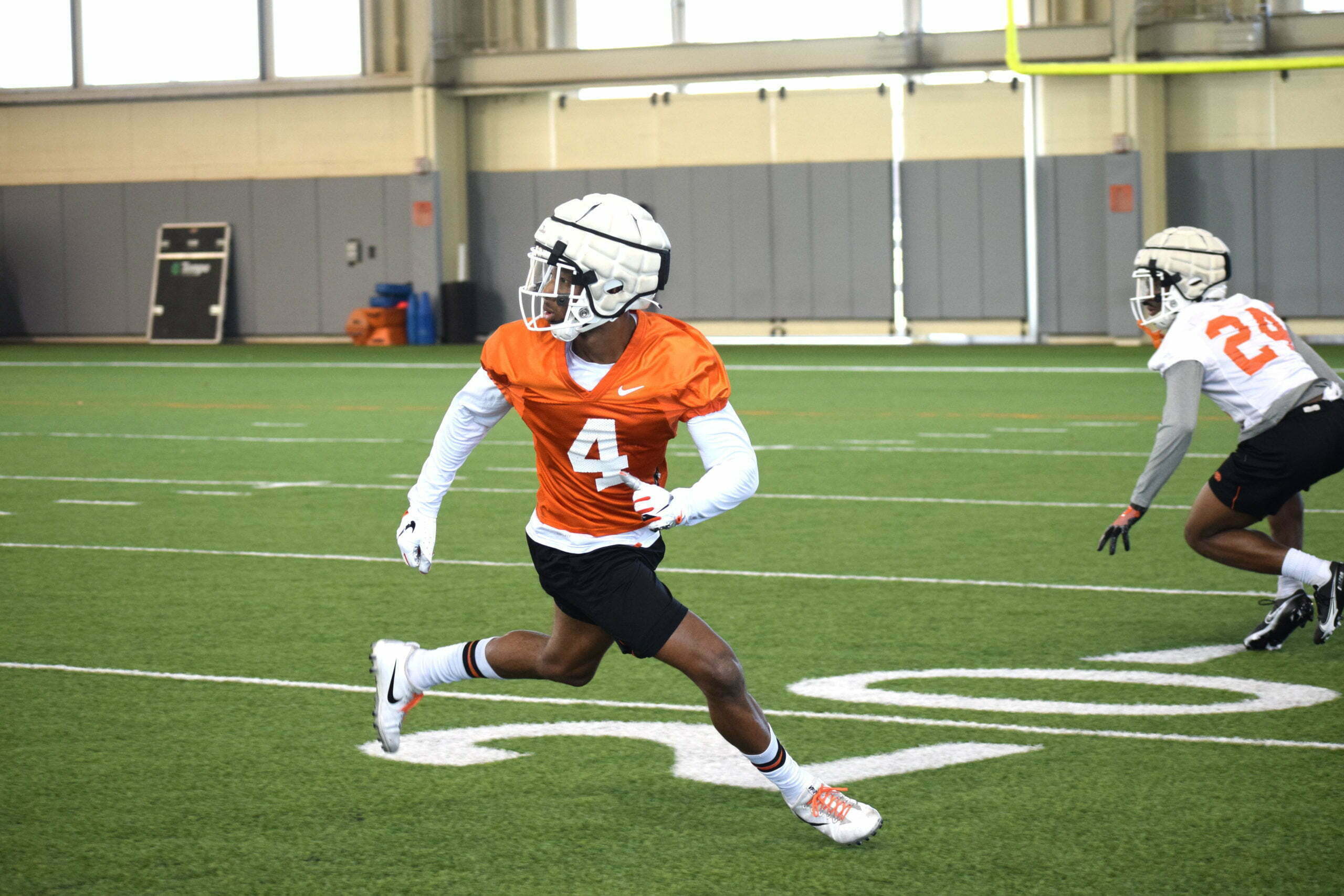 From James Washington to Tylan Wallace, the Cowboys’ Z receiver spot has been held down quite well over the past six or so seasons.

The coach’s cliché “next man up” applies in this instance, but through the spring, summer and fall, it’ll be interesting to see who that man becomes.

After the Cowboys’ first spring practice on Sunday, Oklahoma State offensive coordinator Kasey Dunn mentioned Tay Martin, Langston Anderson, Blaine Green, Bryson Green and Jaden Bray as guys who will compete for snaps in the outside receiver spots over the next six or so months.

Dunn also mentioned that Braydon Johnson, who has bounced around between playing on the outside and in the slot has been working with the inside receivers for the time being. Johnson and Brennan Presley sound like a formidable tandem for the Cowboys in the slot.

As for the outside receivers, Martin seems like the surest bet in late March to play a lot of snaps come September.

A transfer from Washington State, Martin had his best game as a Cowboy in the Cheez-It Bowl after OSU pulled Wallace. Martin slotted into that Z spot and had six catches for 73 yards. In his three seasons as a Cougar, Martin had 143 catches for 1,615 yards and 18 touchdowns.

Anderson has been biding his time to make an impact since coming to Stillwater as a four-star prospect in the 2019 recruiting class.

Entering his redshirt sophomore season, Anderson has caught one pass for eight yards the past two seasons while learning under Wallace and Dillon Stoner.

Then there are the always exciting spring freshmen. Bryson and Blaine Green were some highly touted prospects out of Allen High School in Texas. The twins are listed at 6-foot-2, 215 pounds on the spring roster.

“We’ve got two young guys that are in and I think are going to be pretty good, and that’s Blaine and Bryson Green,” Dunn said. “The Green twins have shown up right away. So, I’m excited about them but they’re still true freshmen, so you just don’t know. Until you see them running around with college competition, it’s another animal, and I haven’t seen the tape yet. So, I’m just kinda throwing that out there.

“Jaden Bray’s another young guy that’s come in. He looks athletic, has a chance to play. True freshman. So, we shall see. See what happens.”

Any time a team attempts to replace a player of Wallace’s caliber, it can be daunting, but it looks like Dunn has some options.