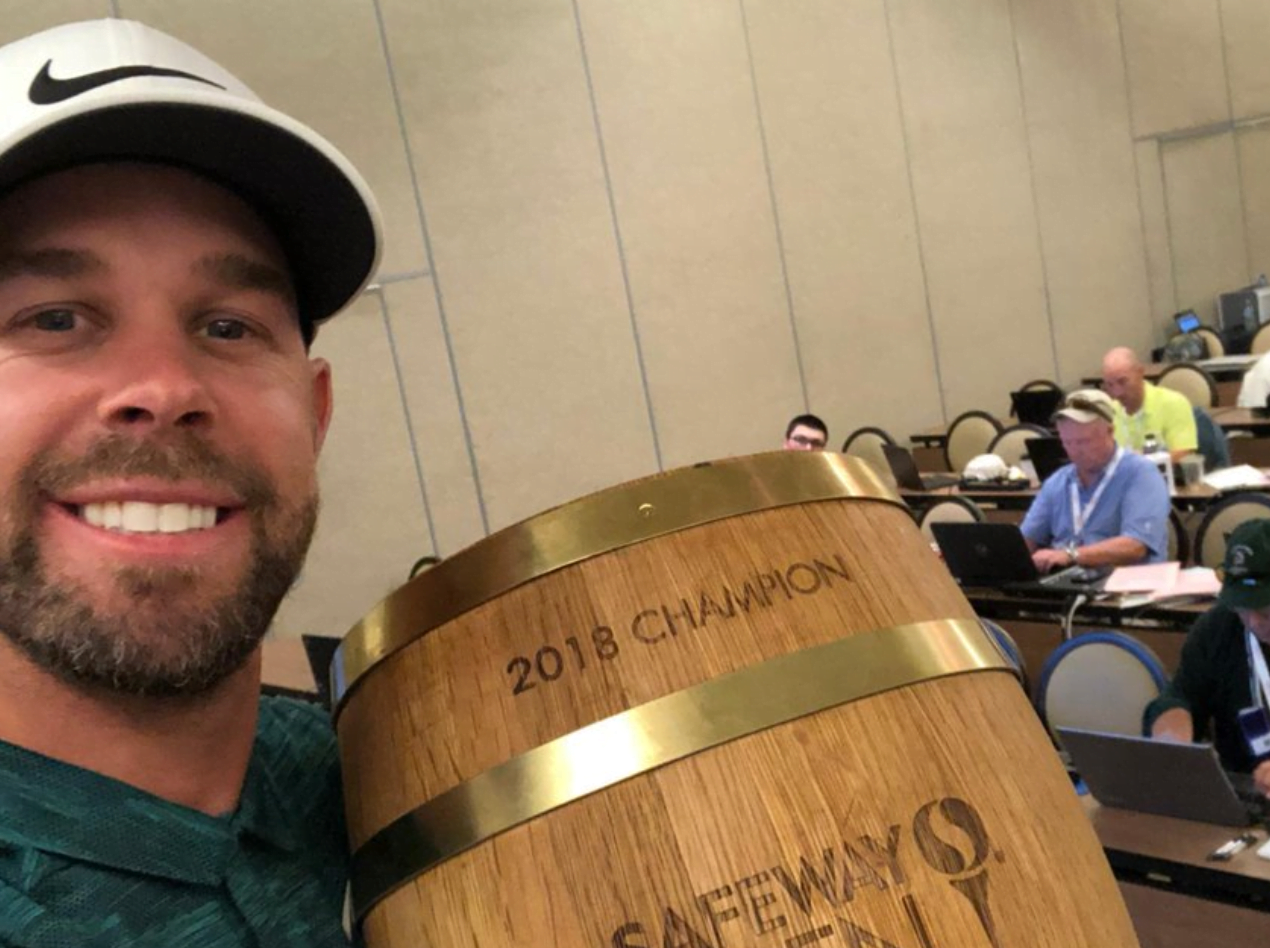 Basketball never stops, I suppose, but golf actually never stops. The 2018-19 PGA Tour season got cranking last weekend mere days after the Ryder Cup ended, and several big names (including Phil Mickelson) teed it up in Napa for the 2018 Safeway Open. Mickelson finished out of contention, but a former Poke, Kevin Tway, went on to win in a playoff over Brandt Snedeker and Ryan Moore to grab his first PGA Tour victory.

Tway shot a solid 1-under on Sunday and sneaked into a playoff when Snedeker came undone on the back nine with a 3-over 39. Tway took advantage. He birdied all three playoff holes and disposed of both Snedeker and Moore to grab the first win of his career in his 91st start.

“Yeah, it’s a little harder (to win on the PGA Tour) than most people think,” said Tway, who is starting his fourth full season. “Those guys (like Jordan Spieth) are really good to come out and get that many wins that young.

“I don’t think I was mature enough to do that at that age. I’m still kind of immature, but I’m kind of getting there. But it’s a lot harder than you think to win. I’ve been doing this a long time and it’s been a long road, but it’s nice to finally get here.”

Tway battled some windy conditions all day on Sunday as scores ballooned a little bit. He had some good prep work growing up, though, which helped him grab a $1.2 million check in his first start of the new season.

“I grew up in Edmond, Oklahoma, and it’s windy like all spring, it blows like
30 every day,” he said. “And then I went to college at Oklahoma State and it blows there, too.”

Kevin’s dad Bob, another Oklahoma State alum, won eight times on the PGA Tour, including the 1986 PGA Championship. He spoke afterwards about how cool it was to watch his son do the same.

Bob echoed son Kevin on how hard winning is, though.

“It just shows it’s very difficult to do,” said Bob. “People always ask the kids, ‘Is it hard to play with a father who has played on the Tour.’ I think when they’re young, I think it is. I think there are expectations that other people have and I think you feel it.

“But I think overall and I think Kevin would even admit that overall it’s a good thing. There’s a lot of knowledge that can be passed by. But the other thing is he’s been able to play golf and pick the brains of not only myself, but Scott Verplank, Willie Wood, all the guys that are my good friends. So when he went on Tour, he got to know these people, so I think he’s just gained a lot from a lot of different people.”

GAINZZZZZZ KEV!!!!! Let’s goooo!!! So freakin pumped for you @KevinTway!!

Some people think it’s just the first of many. I heard Andy Johnson say on the Shotgun Start pod this morning that he thinks Tway will win 5-10 times on the PGA Tour (which is a lot!).

Maybe that will actually play out, but for now I’m sure he’s fine with getting into the Tournament of Champions, the Masters and nearly matching his earnings from the last two years in just four rounds in Napa.

Oh, and one more thing. He was asked about Web.com Tour money leader from 2018 Sungjae Im, who finished T4. Im is 20 and might be a superstar. Tway weaved Stillwater into his answer (which was fun).

“When I was 20, I don’t know what I was doing; playing college golf and drinking beer at J.R. Murphy’s in Stillwater.”

Minus the college golf thing.