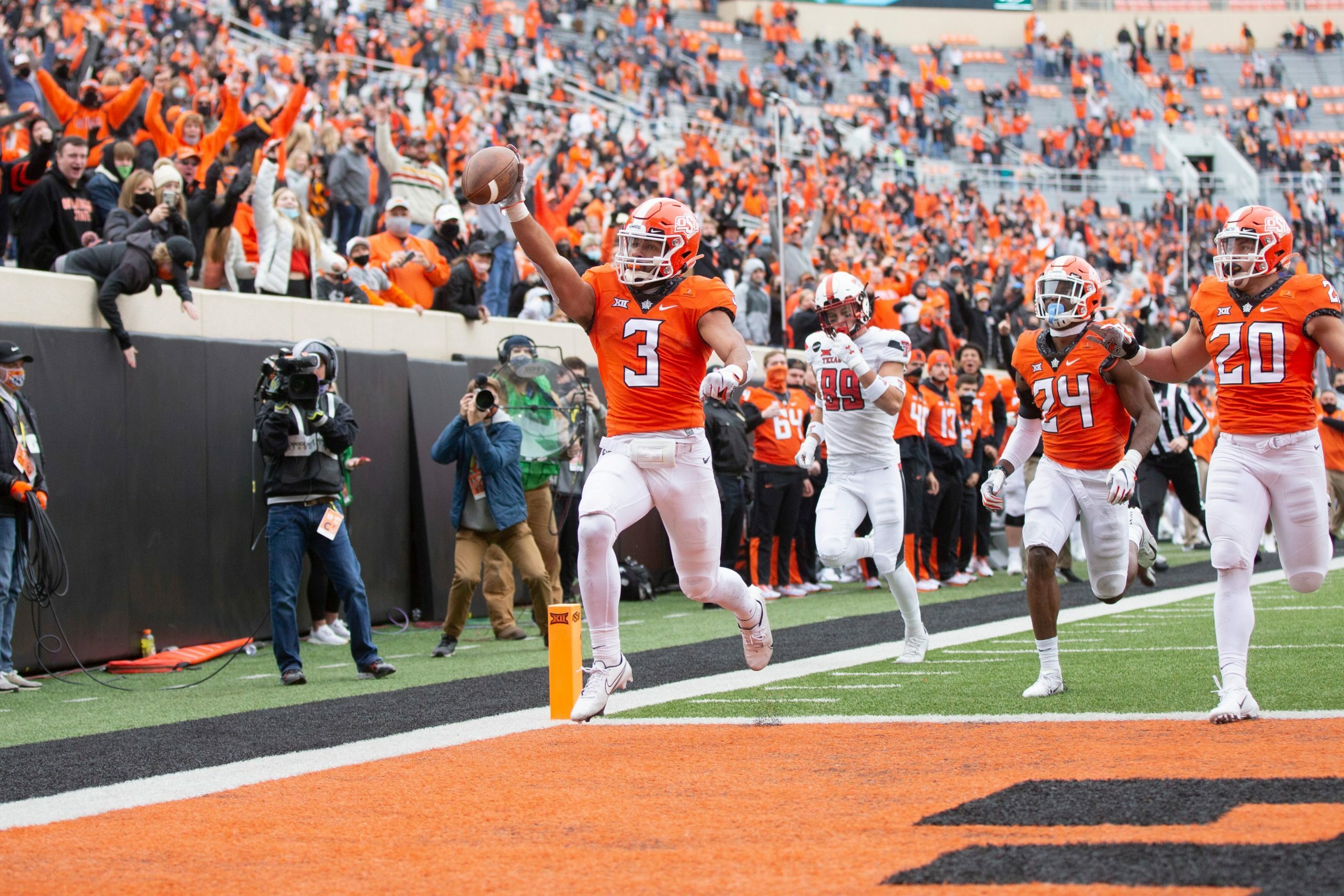 For the second time in as many weeks, Oklahoma State will be on the gridiron early.

The Pokes are scheduled to face TCU next weekend in an 11 a.m. kickoff, the Big 12 announced Monday, one of three early-morning affairs in league play for Week 14.

OSU’s game will be carried on ESPN2.

OSU is 2-0 this season playing in the 11 a.m. slot with wins over Tulsa and Texas Tech.

OSU is 2-2 against TCU in its last four meetings with the Horned Frogs. Its last win at Amon G. Carter Stadium came in 2016, when the Pokes won 31-6 and rolled up 334 yards rushing with a balanced attack from Justice Hill (154) and Chris Carson (146).