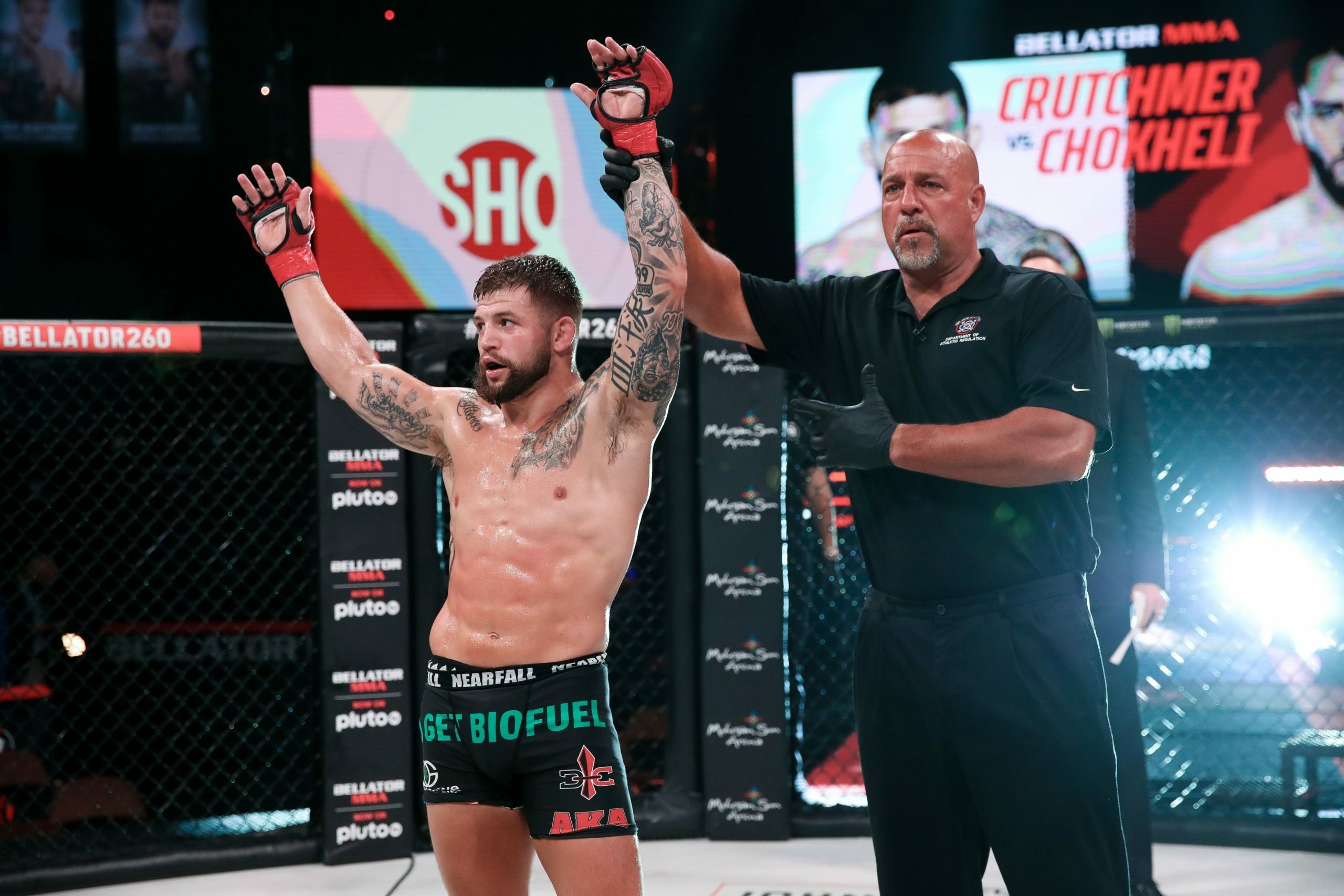 He took on 10th-ranked Bellator welterweight Oliver Enkamp. This was fight was all Crutchmer as he used his superior wrestling to ground and pound Enkamp to a unanimous decision. This moves Crutchmer to 8-1 on his MMA career.

Crutchmer took Enkamp down 13 times in the fight.

This completely neutralized Enkamp’s kickboxing and led to a unanimous 30-27 decision for Crutchmer.

You can check out our interview from earlier this week with Kyle here.