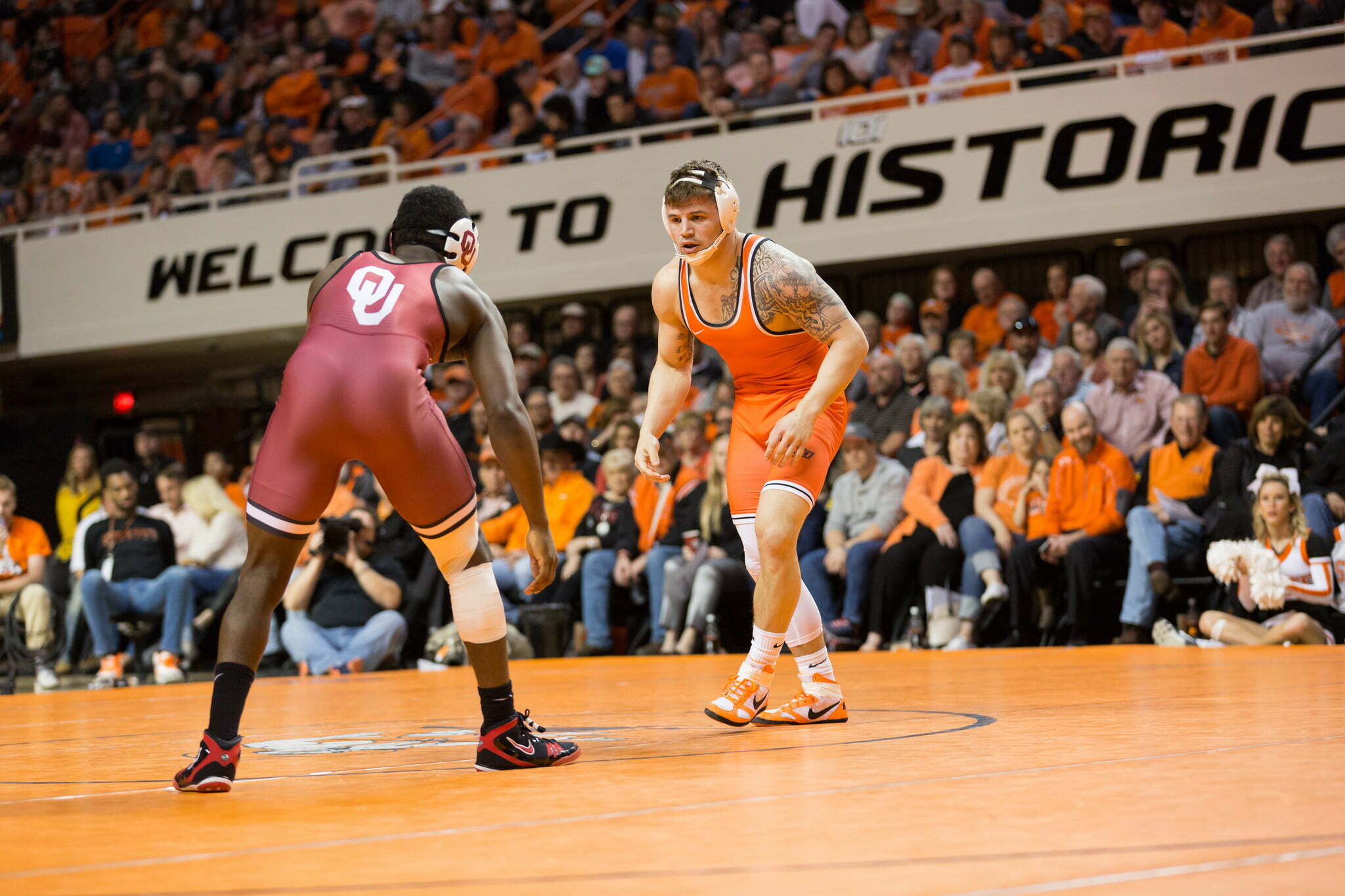 Two former Oklahoma State wrestlers were in action at Bellator 233 on Friday night as Kyle Crutchmer made his Bellator debut and Muhammed “King Mo” Lawal fought his final MMA fight.

Crutchmer was up first vs. Robert Gidron. Crutchmer got a takedown early in the first round and controlled Gidron with ground and pound for most of the rest of the round.

In the second Gidron came out really aggressively swinging at Crutchmer. Crutchmer dropped to shoot a double on Gidron, took a few shots and eventually worked to a takedown where he worked some more ground and pound on Gidron. After being stood back up, Crutchmer landed a nasty spinning back fist.

👊💥😳 The heavy spinning back-fist from @KyleCrutchmer in round two drops Robert Gidron.

The third period looked similar as Crutchmer continued to work takedowns and ground and pound for the rest of the fight.

It’s time for our co-main event of the evening!
Watch LIVE as @KingMoFH goes to war with @Kapel_Kickn_It on @ParamountNet in 🇺🇸 and with @SkySports in 🇬🇧. pic.twitter.com/rVAMNIq2gR

He did not fare as well as Crutchmer as Mo was knocked out in the first round. This is expected to be the final fight of his career. He was both the Strikeforce and Rizin Champion and is widely regarded as a legend in the sport.