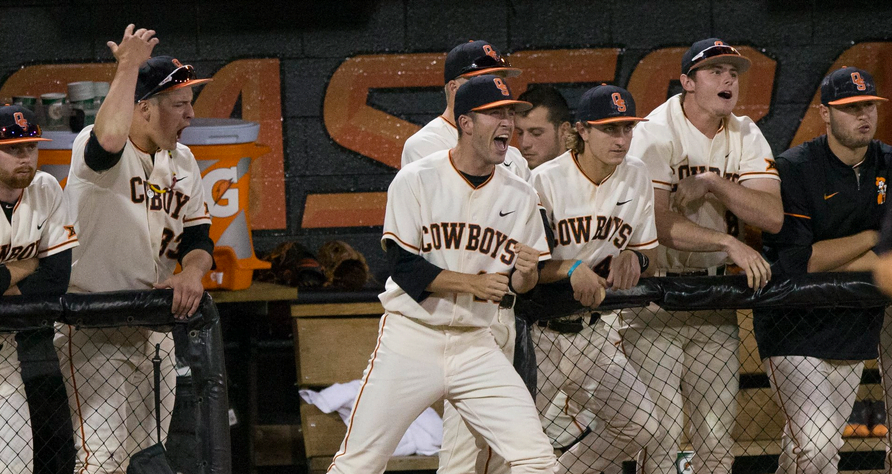 When the Oklahoma State baseball team traveled to Texas Tech about a month ago, few eyes went with them, but heads were turned as the Cowboys returned.

OSU won the series against the then-No. 4 Red Raiders on the road after an 11-inning, game 3 thriller to salvage whatever shot remained at the NCAA Tournament and, as it turned out, the Big 12 Tournament. Wednesday, the eight-seeded Cowboys get to see the top team in the conference again, but they will only have one shot, and if they hit their target, the bullet might run through the others.

Beating the now-No. 3 team in the nation isn’t likely. In fact, in the teams’ regular season series, OSU was outscored 23-15 and outhit 33-21. It’s probably fair to say that Tech was the better team, especially because that’s what the chalk says.

If not for a pair of Bedlam victories in the final two games of the OSU’s regular season, the Cowboys would not have even qualified for the Big 12 Tournament. But if they beat Tech, they get the winner of the 4/5 game between West Virginia and Baylor. OSU went 1-6 against those two teams, but four of those games were decided by one run.

OSU finished the 2017 season a game over .500 at 26-25, which was its worst record in almost four decades. However in games with elimination implications on them, the Cowboys are 2-0.

“To extend our season, we had to go out and beat a very good team twice in a rivalry environment, and we were able to do that, and we didn’t have any room for error,” coach Josh Holliday said after the pair of Bedlam wins. “The way the kids handled themselves today was a huge step for our team, the program in general and the pride in it.”