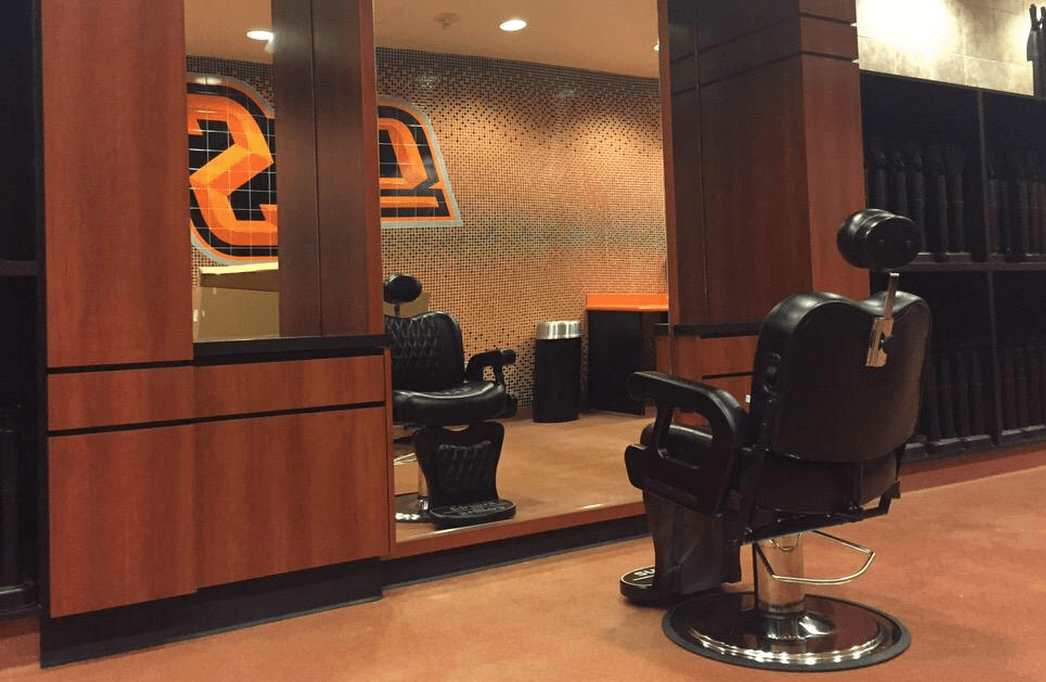 The Football Scoop staff made a cross country trip to various schools in March, and the staff made a visit to Stillwater to check out the facilities.

Following the trip, the Football Scoop staff revealed in a podcast that Oklahoma State would be adding a barbershop to the top-notch facilities at Boone Pickens Stadium.

Three months later, and it looks like Boone ponied up the cash for the addition quickly; check out Oklahoma State safety Dylan Harding’s recent twitter post, asking if he can “chop up” some of his teammates. Looks like a heck of an upgrade to your local Supercuts.

Competing with Texas, Texas A&M, and other Power 5 teams in the same region can make for an uphill climb on the recruiting trail. This latest facility addition is another unique way to get an edge up on the competition.