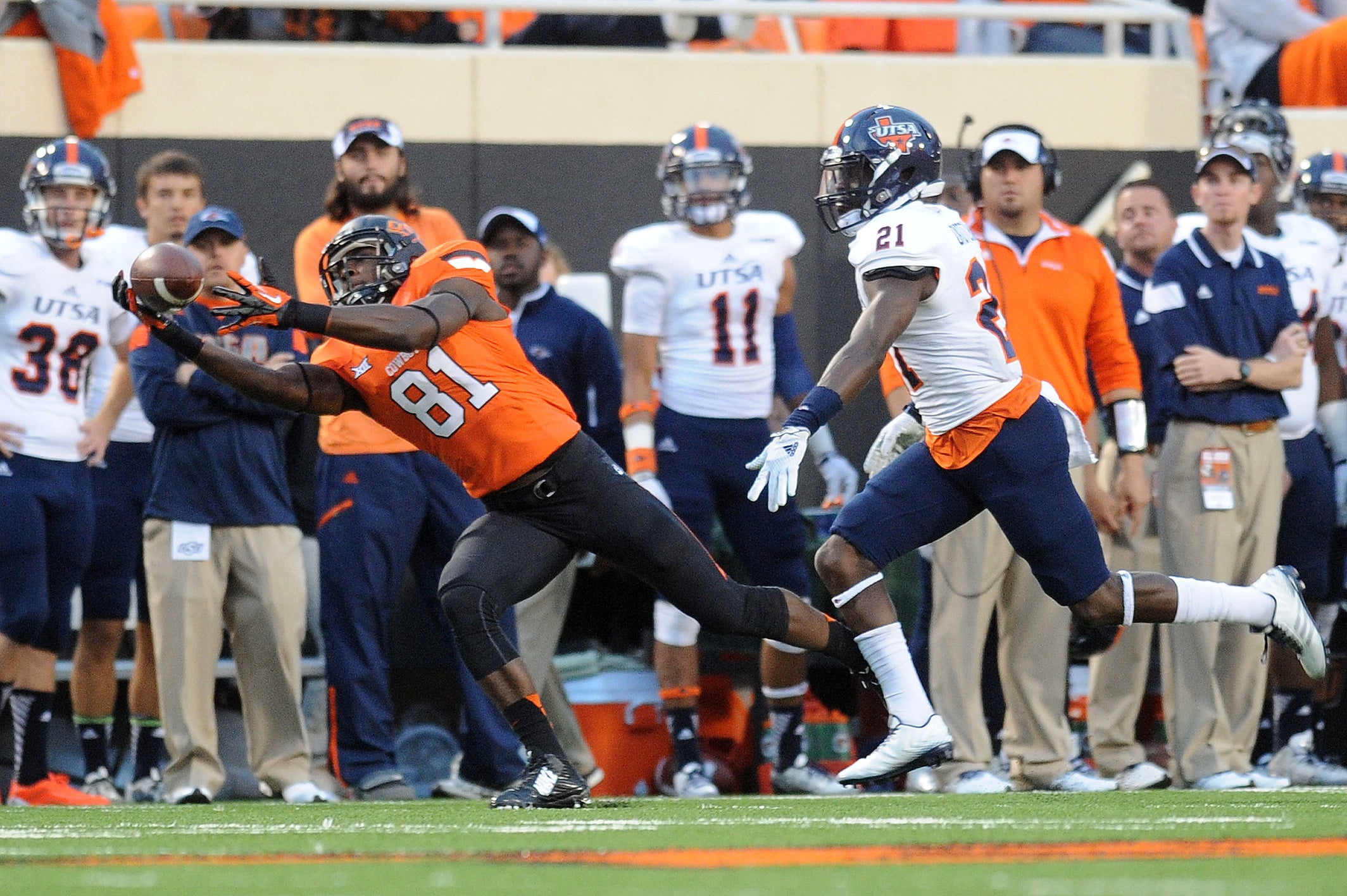 I wrote up my 10 Thoughts here for your enjoyment but I have a ton of notes, tweets, and videos that didn’t make the cut.

• Daxx uni thoughts: Lose the glove, keep the black 3/4 sleeves and the clear shield on the face mask. Not Weedenesque or anything that Zac would be proud of but not awful. Room for improvement, like his passing game.

• Kevin Peterson played tonight like he knows how much Justin Gilbert got paid earlier this year.

• A lot of stones to wear Black-Orange-Black early and in a non-conference game. We’ll chat about this more next week but I was surprised..

• Are we boring now? I don’t think we are — I think the last two games were outliers and it’s hard to not be boring against bad teams — but it’s on the table.

• So much happening here.

#okstate has Kate Upton and Rickie Fowler on its play-calling sideline boards. pic.twitter.com/MCsP8NeRDk

• I do not say this lightly, I promise, but Daxx throws a Chris Leak-y ball.

• ICYM: JW Walsh sitting on top of Boone Pickens Stadium and he was filmed doing something awkward….

• I must be super soft (my wife would concur) because every time a punt return team tries to get the punting team to jump offsides by leaping at them I flinch. Mind you, I’m sitting in my office and not in the same state but I still flinch. There was a reason I played baseball, I suppose.

• You can throw Marcell Ateman on my list of players I irrationally like. He can have a spot between Justin Gilbert and Wes Lunt.

• I liked UTSA’s misdirection on offense. I didn’t work a ton because Emmanuel Ogbah gonna Emmanuel Ogbah but maybe Yurcich should get a crayon out and scribble some notes down.

• Why does he make so many throws off his back foot?

• Random thought I had during the game: How weird would it be if Gundy grew a beard? What if he vowed to grow his beard until OSU beats OU and then it doesn’t happen until, like, 2017 and he looked like Tom Hanks in Castaway?

#OKstate Gundy: We have to take advantage of Garman's ability to throw down the field

• Walsh was still listed on the depth chart which is just the greatest, most Gundy thing ever:

Shouldn't take Daxx long to claim his rightful place on throne beneath the neon Murphy's palm trees. Like Zac before him & Fields before him

Look into my soul, Mike. pic.twitter.com/wZY3b85YmE

Vegas has taken the odds of "Gundy drawing up plays on an equipment trunk this season" off the board. #okstate