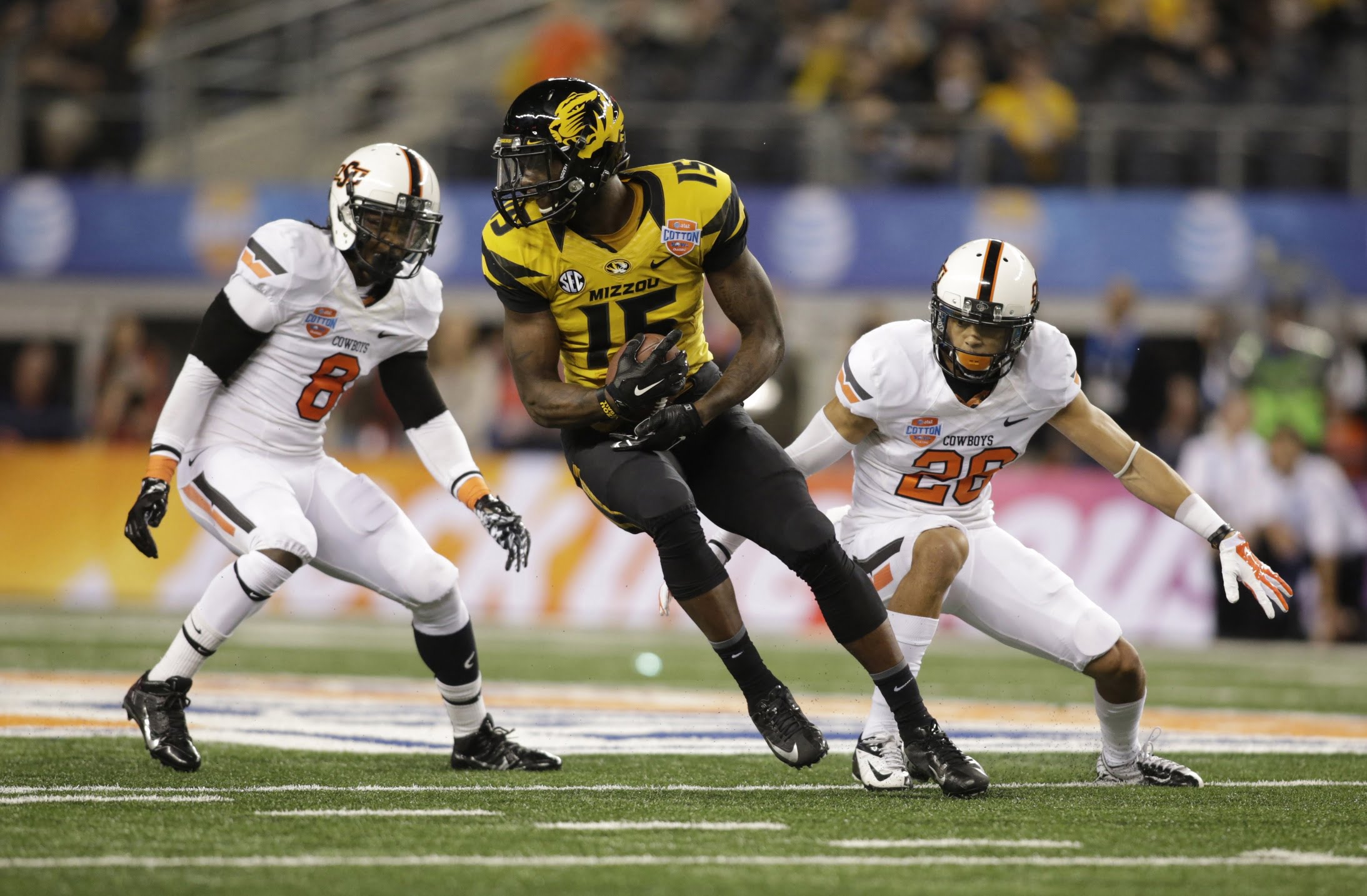 OU’s athletic director, Joe Castiglione, was recently interviewed by Sports Illustrated and he discussed the Dorial Green-Beckham situation and it got a little strange.

Speaking of strange, our old buddy shares a byline on the story.

Here’s what Castiglione said about DGB being admitted to OU and how he would handle everything in light of the Ray Rice and Adrian Peterson stuff.

“If someone presented a case like that now, I think you would be fair to say that he probably wouldn’t be at Oklahoma.”

“Just because of the attention and the cases now in the public consciousness, the university would have been unlikely to take on a situation like that.”

So you let public perception seep in as one of the moral tenets of constructing your football roster? That seems like a slippery slope.

And yet Castiglione maintained that DGB did nothing wrong.

“If we knew he had done something wrong I can assure you he would not be here.”

“Whatever he may or may not have done, he is trying to become a better person.”

There are a lot of problems with this, not the least of which is the fact that Bob Stoops said in July that DGB was getting a second chance.

“We felt the person that he is, the potential he has, we felt the opportunity to give him a second chance at our place could serve him well.”

A second chance from what? I thought he did nothing wrong?

The thing that offends me by Castiglione’s statements is that he presumes the general public is dumb enough to believe that DGB did nothing wrong. Maybe OU fans are dumb enough or maybe they don’t care or maybe there’s just not video evidence of it so we’re all good — nothing to see here.

The other thing is that somebody IS presenting a case “like that” now. I believe his name is Joe Mixon and there IS video of him punching a woman. But maybe OU is going to wait until November when the tape is released to the public to see how the public responds before it makes a decision.

The last thing is that Castiglione essentially admits that all of the people who have nothing to do with the situation have more sway over him than I would think they should — I guess the Ray Rice backlash brought that into the spotlight.

The issue is that either DGB abused a woman or he didn’t[1. And if he did I would be more okay with OU owning it and saying he’s getting a second chance than trying to sweep it under the rug.] — not that I (or anyone) have an opinion on it. My opinion on it shouldn’t matter to Joe Castiglione but apparently public perception to him is more important than doing whatever he believes to be the right thing.