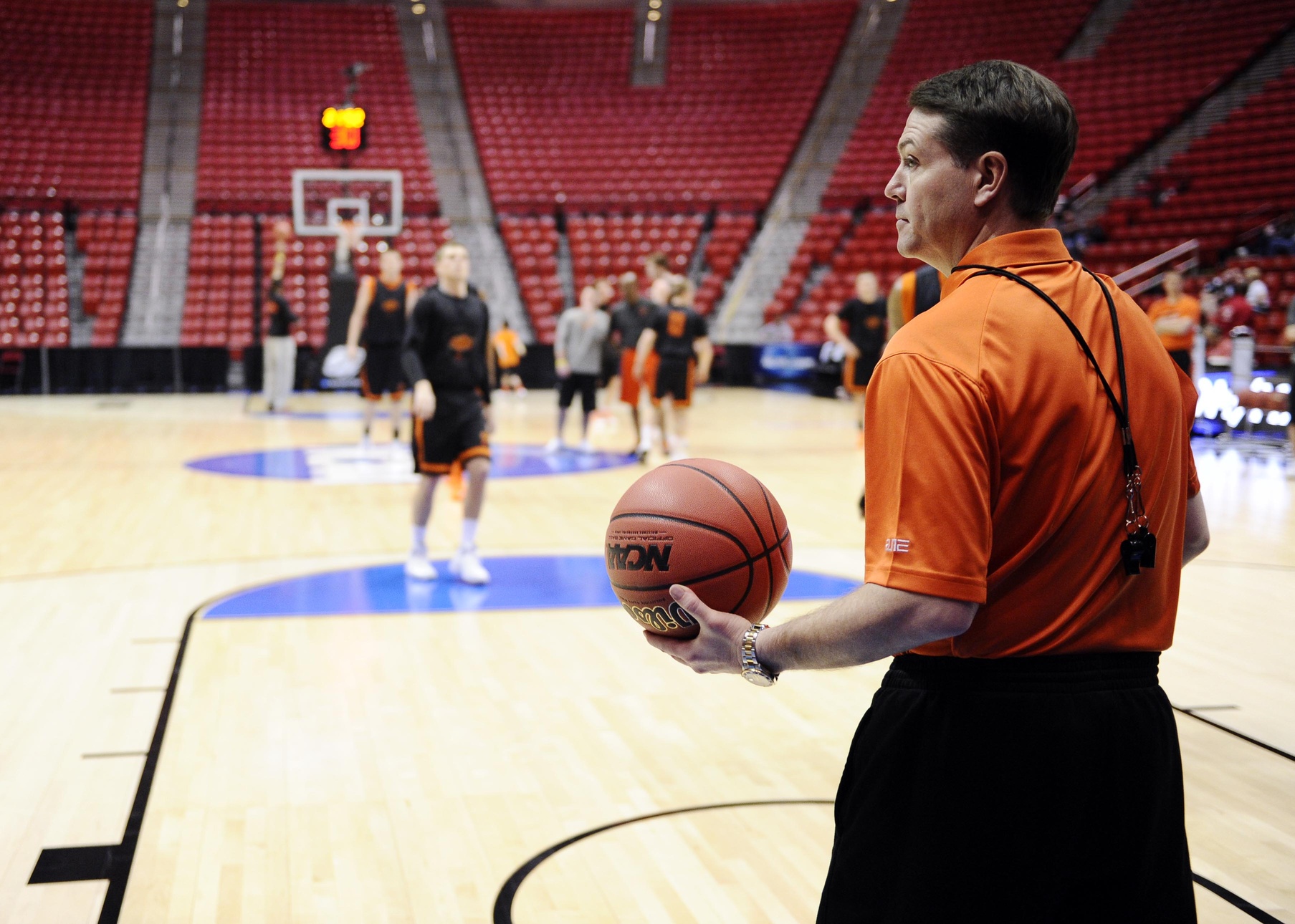 Berry Tramel had a story in the Oklahoman over the weekend about Travis Ford and how his enormous contract is tying him down to OSU and inhibiting Mike Holder from removing him from his office in Gallagher-Iba Arena.

I linked it in the Bullets this morning but I wanted to revisit it because the Holder quotes were just incredible. It almost felt like Berry wrote what Holder wanted to say but couldn’t. Every quote was super short and had a sort of fill-in-the-blanks appeal.

Let’s look at them:

“Ten years is a long time.”

I imagine Holder writing this on a napkin at the Karsten Creek bar after his seventh scotch and water. Then slowly lighting the napkin on fire, getting up from the bar, throwing on his Boone Pickens throwback Oklahoma A&M jersey, and walking to his house on the course. That’s how it should have happened, anyway.

“In retrospect, it wasn’t good for him or us.”

“Who knows? You can hypothetical yourself to death.”

This was his answer on whether Ford’s contract was saving his job.

So…yes. Unequivocally. He could have said “hell yeah it is, Berry” and it would have less obvious than saying “you can hypothetical yourself to death.”

“I thought we had a good young coach.”

Back to the Karsten bar.

“It might still prove to be not such a bad decision. I’m always optimistic.”

This was the nail in the coffin for Ford staying. He’s not going anywhere, folks. Not right now, not after next season. And Holder needs to co-write a book with Joel Osteen and Dr. Phil if he’s optimistic about the next two seasons.

“We certainly expected a better season than what we had. There are multiple reasons people are frustrated. I don’t think anyone foresaw it playing out like it did.”

No that’s certainly true. But to say that just the 2013-14 season is Ford’s problem is a little short-sighted. I’m not sure whether or not that’s what Holder thinks but that’s what it sounds like. It sounds like he thought everything was cranking coming into this year even though it’s been pretty clear there hasn’t been a long-term plan in place since Ford stepped foot on campus.

Pretty rough stuff to read if you’re an lifelong OSU hoops fan like myself.

I need a heavy dosage of that optimism.