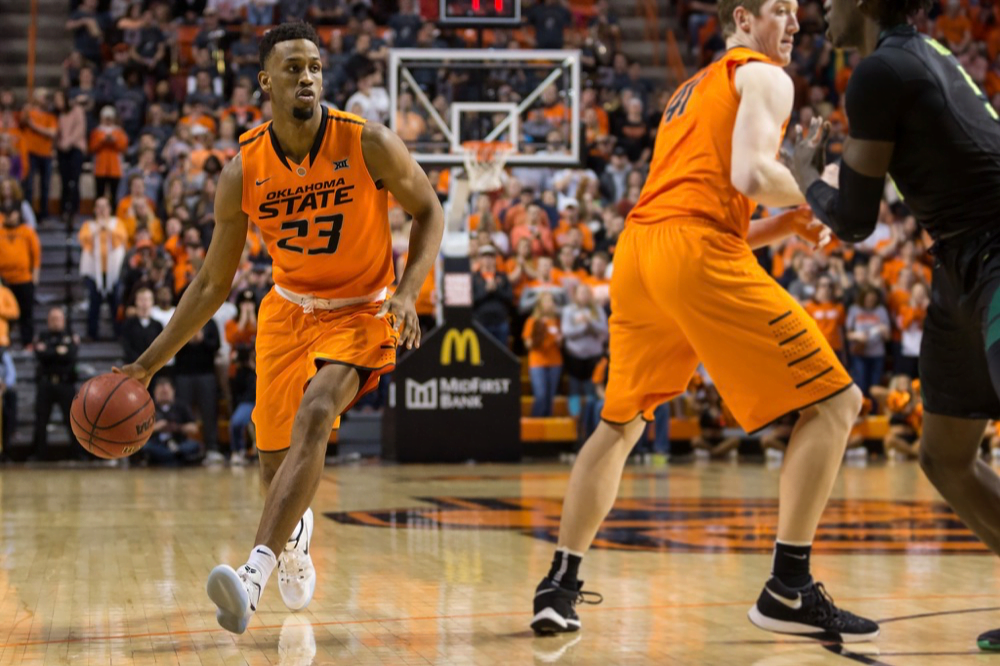 Leyton Hammonds has had a late-season renaissance as OSU gears up for its final NCAA Tournament run with Hammonds on the team. No. 23 will walk out to a final rendition of cheers on Saturday evening against Kansas, and they will be well-deserved for what Hammonds has helped this squad do over the last two months.

Head coach Brad Underwood has sung the praises of his two seniors — Hammonds and Phil Forte — for weeks, crediting them for keeping the locker room together when things weren’t going well in January. But what Hammonds has done on the court has been just as impressive.

Consider his last six games against his first 24.

Hammonds is averaging 13.5 points and six rebounds in the last six games while shooting 45 percent from 3-point range. Astounding numbers when compared to his 7-5-30% from the first 80 percent of the season.

“I’m really proud of Leyton Hammonds,” said Underwood after the senior had 11 points against Texas a few weeks ago. “We had many discussions about how he had struggled and not played well. He had two great days of practice and he had 3 rebounds in 5 minutes because he was in foul trouble. But he never let that bother him. 3-of-3 for 3-pointers and he stretched us and got things open. But I was really proud of him.”

And now it’s all coming to an end just as Hammonds is finding his stride.

“Every senior year that comes by, you’re like, ‘That’s not going to be me for a while.’ Now it’s here. I feel like I blinked, and my time here is pretty much over.”

Not quite, though. Hammonds has a chance on Saturday to go unbeaten against KU at home in Gallagher-Iba Arena. A ludicrous stat considering the fact that Hammonds has not been on elite teams in his time at Oklahoma State.

So as the final hours wind down on Hammonds’ time in Stillwater, his head coach is excited for him as well as Phil Forte and rooting for them to go out on top.

“One thing I’m so proud of with both of these guys is they played for the name on the front,” said Underwood on Thursday. “They truly have.”

They’ll do so one more time on Saturday in GIA.