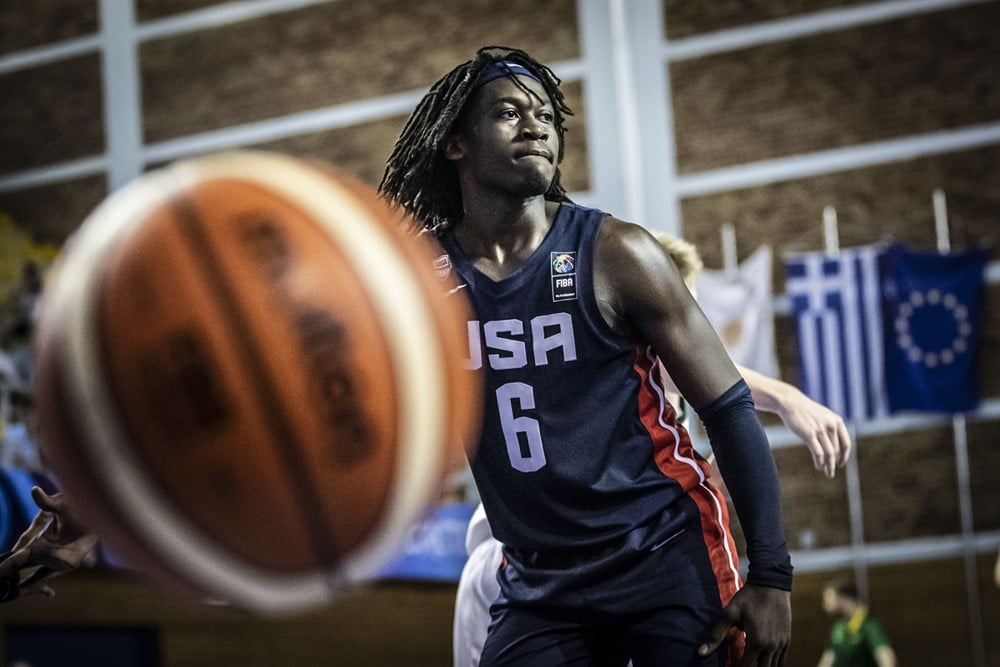 Through two games, the Americans haven’t been pushed too hard.

The United States defeated Lithuania 102-84 on Sunday in the U19 FIBA World Cup, making the Americans 2-0 in groups. Through their first two games, the Americans’ have defeated their opponents by a combined 59 points.

The U.S. will play Senegal at 8 a.m. (central time) Tuesday. Lithuania beat Senegal by 24 on Saturday, and Senegal is 0-2 in groups after falling to New Zealand 66-64 on Sunday.

As he was Saturday, OSU sophomore Isaac Likekele was the first American off Bruce Weber’s bench, and his defensive presence was felt early. In his first 20 seconds of action, Likekele poked the ball away from Lithuania’s Rokas Jokubaitis. Both hit the deck before Trevion Williams came away with the ball. Likekele got up, ran the floor and drew a foul on a layup attempt on the other end.

Likekele’s defensive performance might not show up as much on the stat sheet as his five-steal, one-block game against New Zealand on Saturday, but Likekele still had deflections aplenty.

Likekele finished the game with 11 points off 5-of-6 field-goal shooting to go with three rebounds and an assist. He was 5-for-5 on his attempts inside the 3-point line, with most of his buckets looking something like this.

In a 111-71 victory against New Zealand on Saturday, Likekele led the U.S. with eight assists and five steals while also scoring nine points. His scoring was highlighted with a self-oop windmill layup.

It’s only a double dribble if it’s called.

Cunningham dropped 11 on the kiwis to go with four rebounds, three assists and a game-high three blocks. He also made friends with the highlight reel.

There's a lot to like about Montverde Academy's @CadeCunningham_ . At 6'7, he's got the quickness to blow by defenders off the bounce. Cunningham's combination of height and explosive athleticism is also rare amongst point guards #FIBAU19 pic.twitter.com/yA8rh788A1

The tournament has a built-in rest day scheduled Monday before the group stage concludes Tuesday. The tournament portion of the World Cup starts Wednesday, all leading to next Sunday’s final.