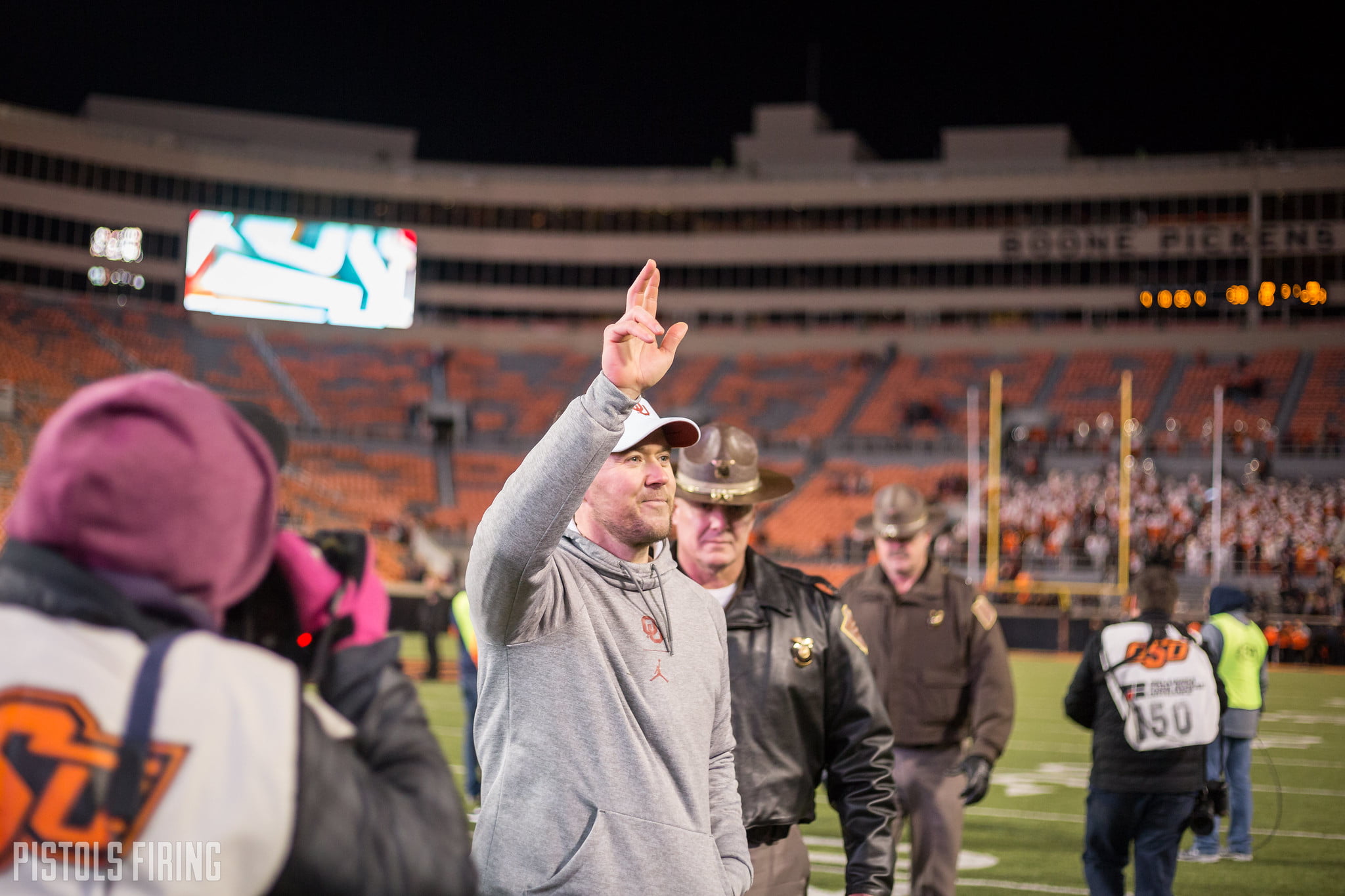 Less than 24 hours after Lincoln Riley took his first loss as the Oklahoma coach in the Bedlam series, it appears he’s on the move. Multiple media reports coming out Sunday have 38-year-old coach on the move west to take the same job at USC. That news was reported by Yahoo Sports’ Pete Thamel and confirmed by CBS Sports’ Dennis Dodd. The official move is expected soon.

Riley went 55-10 at OU after being elevated from offensive coordinator under Bob Stoops after Stoops’ retirement. That included four Big 12 titles and three College Football Playoff appearances. Stoops, according to Dusty Dvoracek, is expected to take over as interim coach.

Riley on Saturday denied rumors linking him to the LSU opening, which had become noisy leading into the Bedlam game, but he was not asked about the USC job — which seemingly came together out of nowhere.

“I’m not going to be the next head coach at LSU,” Riley said via ESPN. “No concerns about our administration, our AD, our president. We’ve been through a lot together. This isn’t our first rodeo together. So we always have conversations about the future and certainly with all that’s changing right now on the college landscape, all that’s getting ready to change.”

OU had high preseason expectations in 2021 as a top-five team with a Heisman candidate at QB but failed to live up to the hype. The 37-33 loss to Oklahoma State on Saturday eliminated the Sooners from Big 12 title contention.

Riley’s apparent departure comes as OU is expected to make a transition from the Big 12 to the SEC in coming years, part of a bombshell summer that left the league in a lurch with the Sooners and Texas Longhorns leaving the conference.