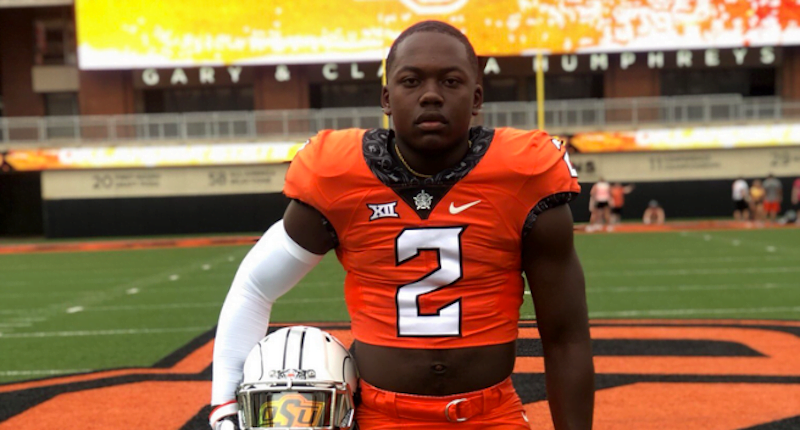 Class of 2022 linebacker recruit Jordan Crook hinted at a potential commitment this weekend, posting to Twitter just one word from his account on Tuesday afternoon: “Saturday.”

Crook, a 6-foot, 225-pound prospect from Duncanville, qualifies as one of OSU’s biggest targets in the 2022 cycle. OSU offered in the summer of 2019 and has maintained its presence in his recruitment throughout.

The 247Sports crystal ball is a bit murky on Crook’s leaning, with 70% thinking he’s OSU-bound and 30% Baylor-bound. But it does feel like OSU is in pole position here, despite facing competition from Michigan, Arkansas, Nebraska and others for his services.

Securing his verbal would keep OSU’s hot start in 2022 rolling in a way it rarely has under Mike Gundy. The class ranks 10th nationally with two four-stars in the fold and third in the Big 12. It ranks fourth among conference teams on a per-player average too, suggesting OSU’s seven-man class is more than just strength in numbers.

OSU’s class would move to ninth overall in the national rankings if it were to land Crook and would hold steady in the Big 12 behind Texas and OU.