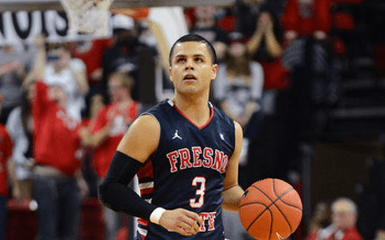 Oh and he hit five straight half court shots in what appears to be Fresno’s take on midnight madness (emphasis on the midnight, not so much on the madness).

Also, bonus points for the Jason Terry dance after his fifth one.