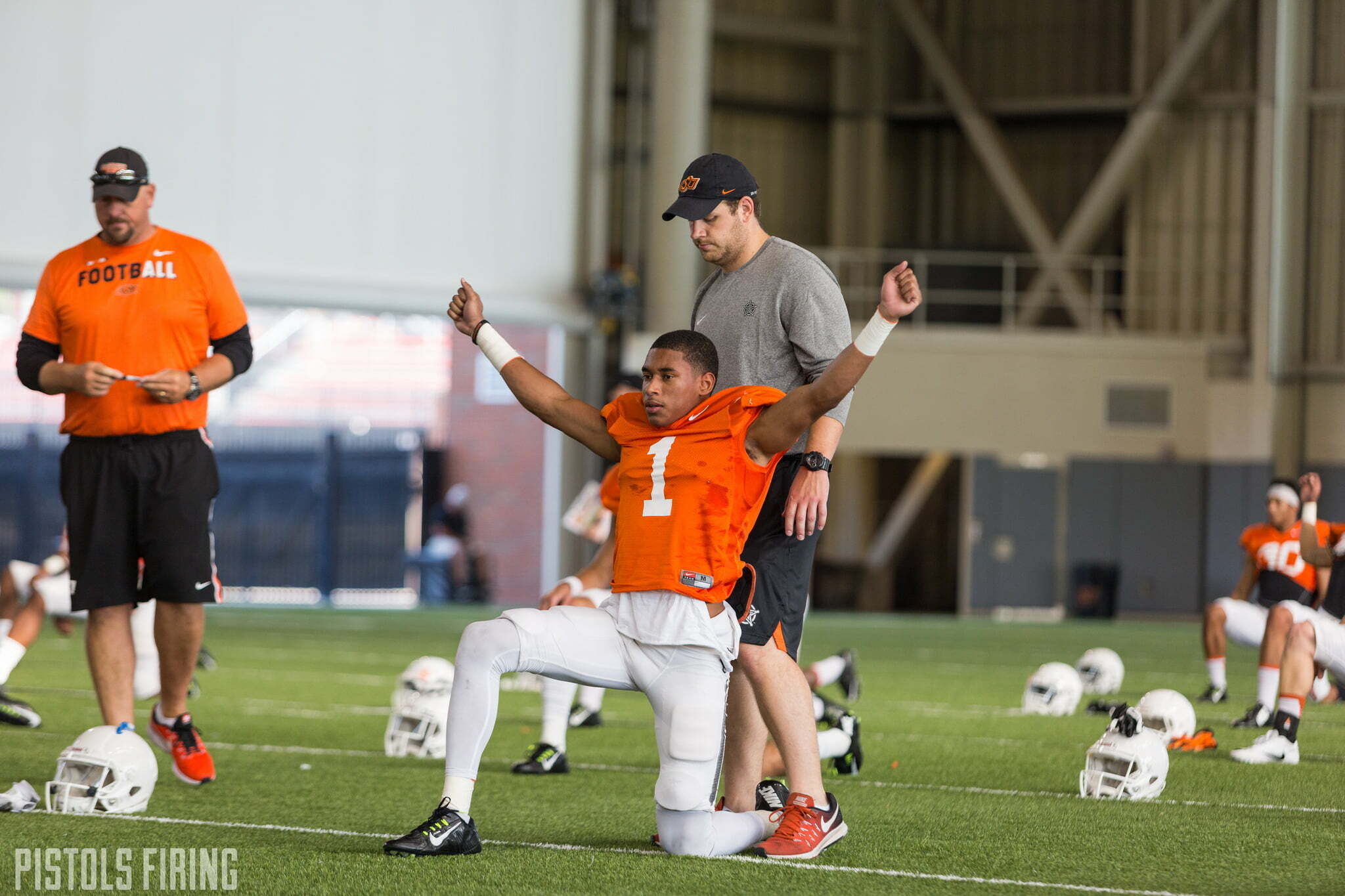 For that, we turn to offensive points per drive which is the most telling statistic in the sport (thank you BCF Toys for continuing to churn out impeccable data).

Here is how OSU has compared to the median NCAA team over the past 10 seasons. 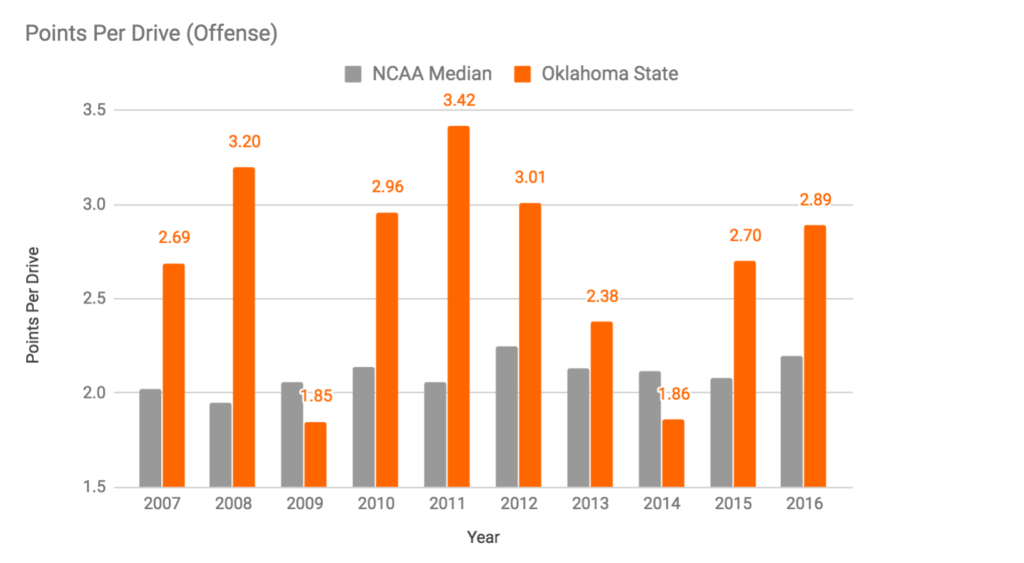 As you can see, the only down years OSU has had involved injuries or suspensions. Dez got ejected in 2009, and Kendall Hunter was on and off that year with an injury. In 2014, Oklahoma State didn’t really have a QB until Mason Rudolph took the reins because J.W. Walsh was hurt. Other than that, it’s been an incredible offense.

Here is how much better (or worse) OSU has been than the NCAA median in each of those years. 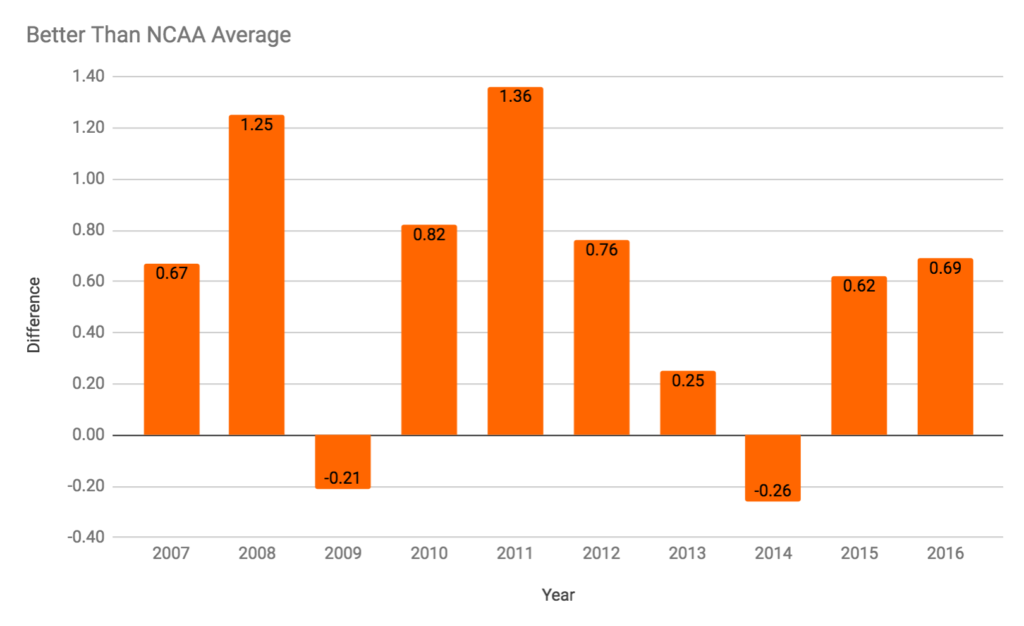 Does this year’s offense have a chance to usurp that 2011 offense that averaged an outrageous 3.42 points per drive? Maybe. They increased production last season from 2015 by about 7 percent. If they do that again, they will get to around 3.1 so they’ll have to be a lot more efficient than last year. And one has to presume now that there is less room to grow than there used to be.

I asked Mike Gundy what he bases his preseason expectations on last week.

“We have experience at key positions on both sides of the ball. We have an experienced quarterback, we have skill players that are potentially good enough to someday play in the NFL and we have numbers of depth that have played on both sides. So for that reason, you guys should play well this year. That’s really how I believe it.”

Gundy also noted that each year should build on the last, and this season should really be the culmination of the entire Rudolph era.

“I always tell (our players) that. I say ‘You guys have a lot of ground to make up here because we don’t have a lot of experience,’ but with these guys, they have to do all of the things that are important to get ready to play,” said Gundy. “But they know that if they prepare and do everything they can and are unselfish and committed, then my expectations of them are to play very well on Saturdays. I don’t see any reasons why they shouldn’t.”

That 3.01 mark is something to shoot for. Only four Power Five teams (OU, Texas Tech, Pittsburgh and Washington) surpassed it last year. Oklahoma State will have its best shot since 2011 to do so when the season gets going three weeks from tomorrow.