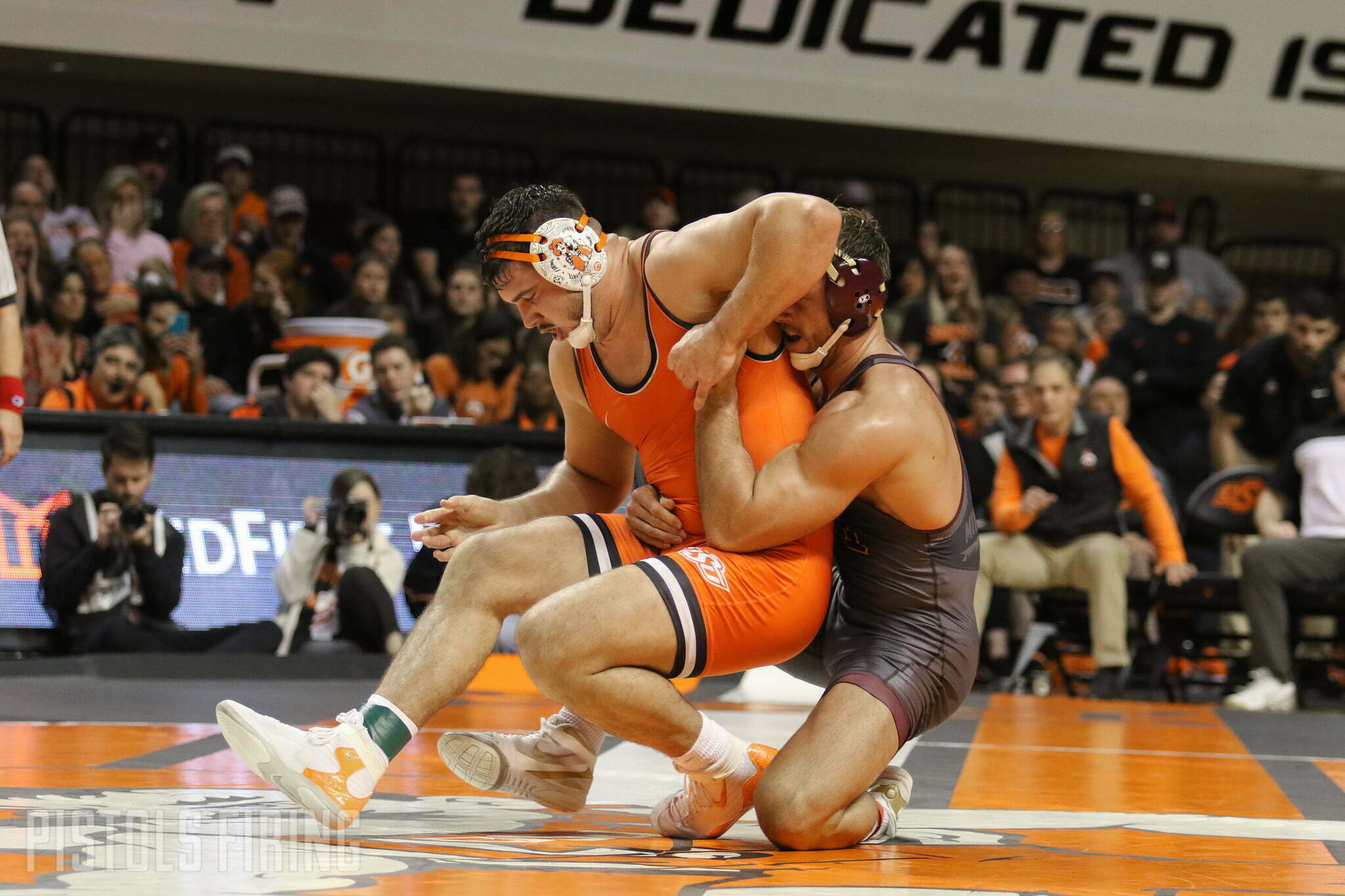 Konner Doucet came into his new starting role as the Oklahoma State heavyweight with much curiosity from fans.

A new starter in the lineup, Doucet took over after Luke Surber descended back to 197. By most outlets, he was unranked during the preseason or just inside the top 33. He’s somewhat quietly outperforming those expectations.

Doucet is now 10-3 on the season, most recently finishing third at the Southern Scuffle and picking up a road win over J.J. Dixon at Oregon State that seemed to turn around the dual and help lead the Cowboys to a comeback win over the Beavers. Among starters, his winning percentage trails only All-Americans Daton Fix, Dustin Plott and Travis Wittlake.

He’ll be favored as the Cowboys head into a dual Sunday in New York vs. Columbia and again vs. Northern Colorado and WVU next week. Then things pick up. OSU wrestles Northern Iowa, Iowa State, Michigan, Missouri, South Dakota State, Stanford, Oklahoma and Iowa. With the exception of Stanford, all have wrestlers that are currently ranked higher than Doucet.

For the postseason, his Big 12 seed and shot at an NCAA bid, these next three matches are must-wins. Then navigating that gauntlet starting with Northern Iowa becomes the focus. Getting an upset or two would be huge for him and the team in any of those duals, but if it goes to chalk, Doucet is 14-10 heading into the postseason with likely around a seven seed heading into the Big 12 Tournament. That’s usually right on the bubble of qualifying depending on conference allocations and other factors.