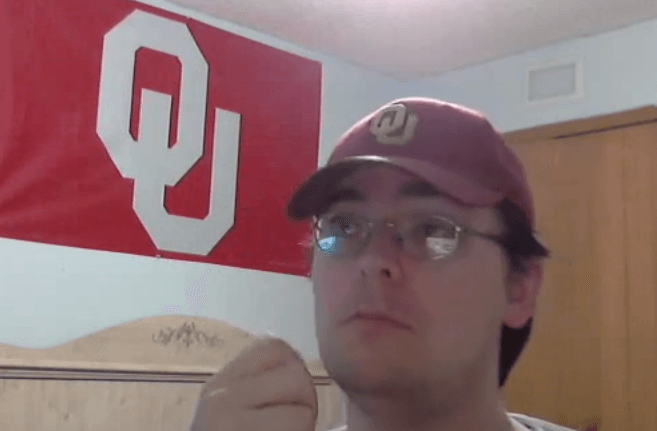 I almost feel bad for this guy.

It appears as if he’s an avid YouTube user who posts recaps of every OU game which is, uh, exactly what I do but in a different form so I’m not going to make fun of him.

I’ll just let the video speak for itself.

Here are some of my favorite quotes:

• “AND THEN YOU GET HIT BY A SEMI TRACTOR TRAILER!”

• “Despite what I’m about to say right now, Oklahoma should have won this game.”

• “We run the ball and we get cute…so we punt…to the best player on Oklahoma State!”

• “We run three straight pass plays because we’re trying to be cute. Utter f****** collapse there.”

• “Not that it matters whether we go to San Antonio or Orlando. Historically under Bob we win these minor bowl games.”

• “You really like to lose when a lot of recruits are there. Yeah, that’s great.”

• “I am starting to wonder about Mike…”

• “They deserved it more because they were not retarded tonight.”

• “I literally feel like I just got a membership to the jelly of the month club.”

Also just a warning but there’s some NSFW language throughout…