Do you think we’ll ever be blessed by a Marcus Smart chair kick Sports Science? -James

Hopefully. It would be up there with Weeden and the clay pigeons.

What are your thoughts on Gottlieb coming home to Stillwater? Would Billy ever come home? -Wendy Keener

If Ford gets fired, who are your top realistic candidates? -Ross Martin

I’m going to go out on a limb and presume you mean “Billy” Self and not Billy Bajema or Billy Gasparino and if that’s the case then there’s only one scenario in which Self is coming back. The Bobcats hire him in two years, he does four years there, hates it, and wants to come back to college. He’d be in his late 50s (same age Eddie was when he took over). It’s feasible. Not likely, but feasible.

As far as Gottlieb goes, I’m all in. He’s basically the opposite of Ford — an OSU alum, candid, open, charismatic and engaging, and a believer in discipline. What’s not to like? The “but he hasn’t coached before!” escuse doesn’t really play with me because…well….Hoiberg happens (Pokelahoma debunked a lot of the other negatives here).

Gottlieb has been around hoops all his life, his dad was a coach, his brother is big in the recruiting world — it really would be a fantastic scenario.

This team would average about 35 points per 100 possessions but here it is:

What are your thoughts on the latest Gundy media saga? -Marcus Rifai

Him moving his recruiting presser to Thursday instead of Wednesday isn’t a big deal but I think it gets made into a big deal because Gundy is finicky with the media in general. I know all of our fans are like “all hail HCMG!” but I’ve talked with people who deal with him, just as a human, who think he’s not really the greatest (I know that’s difficult for some folks to believe).

That doesn’t mean he should do Skype sessions about who the starting QB is but there’s a way to handle media that’s professional and a way to do it that’s petulant and (again from what I’ve heard from people who would know) I think Gundy leans more toward the petulant side.

Because John Hoover can’t come out and say “I hate Mike Gundy and he doesn’t treat me the way normal humans should treat other humans” he writes a column that says that without saying it.

It seems to me like that’s the underlying thing here.

KU offers Bill Self for Gundy. You take it?  -Spencer Smith

Do we get a credit line to the best toupee shop in OKC or is that sold separately?

I think the even better question is “Self and Weis for Ford and Gundy” — which school says no? Probably Kansas, right? Which is kind of crazy given that OSU was picked to win the conference in both sports this year.

I don’t think one is necessarily better or worse than the other. I just don’t enjoy watching the flopping. It’s the one that frustrates me most as a sports fan because it’s so bush league. I feel like dudes who do that in pickup games get popped, much less in D1 basketball games.

This goes back to the Simmons theory of who you’d want to have on your team at the Y (or Colvin). I think I would love to play basketball with Markel Brown and Phil Forte — it seems like it would be a blast. Smart? Not so much. He’s the guy you have on your team who is really good but not very much fun and consistently gets eye rolls from guys on both squads.

What’s in the top five on your “sporting events you haven’t seen” bucket list? -Matt Quade

Who would you rather have for one more year: Nash or Smart? -Zach Logsdon

Where does smart go in the draft? -Katie Bechtol

I still think top 10. I do worry that I’m not totally sure he has one skill that translates into the NBA. Somebody brought this up in the comments this week and I wrote this last year:

Smart’s dirty little secret is that he’s not that great at any one thing on offense. He doesn’t do anything that makes me say “whoa, dudes in the Big 12 cannot do that.” His assets on offense are that he’s tougher and stronger than everybody else in college — that doesn’t translate to the NBA. Everybody is tough and strong.

Maybe you can point to defense, but I don’t know. He seems stronger then he is quick. Can he guard John Wall? Derrick Rose? I’m not sure. All that being said, I think his rep is strong enough right now that he won’t slide past No. 10.

What are the most likely scenarios for Ford’s future at OSU? -John Stotts

Good question. We talked last week (I think) about how he has $13M+ on his contract. There’s a better chance of Yurcich calling zero swing passes next year than there is of Holder paying $13M to someone to not work for him anymore.[1. Though maybe there’s a special buyout I’m not aware of — I’m looking into this. Sure Holder wouldn’t be dumb enough to tie his own hands for 10 years, would he?]

Ford will be the coach through at least the 2017 season. After that I could see OSU buying out the remaining $5.6 million (I guess — even that is hard to fathom when Sean’s contract only had $2.7 million left on it when OSU paid it off for him to not coach).

Basically Holder gave Ford a contract structure that you should only give to the top 10 coaches in college hoops. Because it’s backloaded and spans three presidential terms Ford just isn’t going anywhere soon. I see him middling for the next three years, maybe winning two more total NCAA Tournament games and then being bought out after 2017.

Who’s on your OSU Winter Olympic team and what events will they compete in? -Justin

I think Smart was made for the bobsled — he would be incredible. I want Markel doing the crazy ski jump where they just try to fly as far as possible (because, duh). I want Chelf doing curling. And I want Soucek and Rennie Childs doing doubles figure skating because the comedy would be beyond what I think I’m capable of handling.

I think there are only three to choose from — Arkansas, Kentucky, and OSU are all represented. 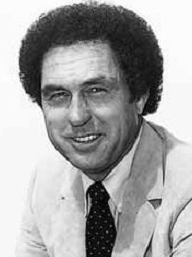 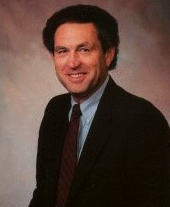 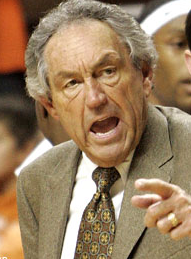 That first one (the Arkansas version) is incredible. I mean, that’s basically just Adrian Dantley’s hair on Eddie’s skull. The second one is pretty good but might just be a bad haircut. The third one (the OSU one) is just a classic “I’m old and I don’t give a crap anymore” look. An unintentional ‘fro.

My diaper +/- is not something anyone is proud of.

Callin’ Baton Rouge. We listened to it somewhere in the neighborhood of 293,132 times on our road trip to Athens in 2007.

What are the top five “what ifs” in OSU sports in the modern era? -Kurt Amend

Oh boy. I consulted my buddy Sheets on this and his suggestions were: Eddie not having a wreck, GA Tech not hitting the buzzer beater on us in the Final Four, the Sharp FG in Ames, Weeden becomes starter sooner (hope Zac doesn’t read your blog), Holder stays as golf coach and not AD.

This should really be its own blog post (or a chapter in a book somewhere) but here are my five for now (I’m defining “modern era” as 1990 to now, since Eddie took over and keeping it to non-plane crash stuff. Obviously those are 1A and 1B):

1. What if Mike Holder had never become AD — Holder —> AD = we get Boone’s routing number. I don’t know what the relationship was (or is) between David Schmidly and Boone but Schmidly hiring Holder made the football program what it is today.

2. What if Quinn Sharp’s FG had been a foot to the left — This one is tough. There’s a zero percent chance OSU would have lost Bedlam that year which means LSU in the Superdome for the title. I think we could have won.

3. What if Sean hadn’t been named head coach in waiting and Eddie hadn’t started drinking again — This is a monster for me. Head coaches in waiting are about as good an idea as kid celebrities. If Eddie had played out the string (he had, what, 3-4 more years in him?) and we had gone in a different direction than Sean and/or Ford it seems like the momentum could have kept rolling.

4. What if Gundy had actually gone to Tennessee — Maybe we’d be a basketball school now. Who do you think gets the job? Monken? Was he ready? Was Holder ready for him? Does Bob Simmons get a second go at it?

5. What if Dez hadn’t left and Ryan Broyles hadn’t flipped to OU — I think this is my favorite random rabbit hole “what if.” Consider: if Broyles had stayed with his commitment to OSU and Dez hadn’t jumped to the NFL then your 2010 OSU football team could have rolled out Dez, Broyles, and 81 as its top three receivers. With Weeden throwing to them.

Honorable mention: What if OSU had gone to the Pac-12? What if Gerald Green had come (OKC Dave special)? What if Ryan Humphrey had signed with OSU (would have been a junior on the 2000 team) (another OKC Dave special)? what if GIA hadn’t been remodeled? What if Les Miles hadn’t left?

My choices at PG were Eaton, Darwyn Alexander, Joe Adkins (not really a PG), and Corey Williams. So…yeah. The other four are pretty obvious and would be in the mix for an all-time starting five regardless of time spent at OSU.

Who wins in a street fight…Sean Sutton or Travis Ford? -Griffin Huggard

I would take half the OSU pom squad in a street fight over Sean Sutton.

Who would you take in a fight between Gundy and Ford? -Zach Stiefel

Ford seems kind of fake tough guy tough. I mean, we’re assuming there won’t be any TV monitors in the room, right? I don’t think Gundy is Jim Harbaugh but he seems wily — like he has the ability to remove all rational thought from his brain for extended periods of time (you watched Bedlam this year, yes?) and do something insane that would crush Ford.

Also, can’t you see Gundy inviting Ford to his farm and Ford walking up to a hooded Gundy surrounded by 29 goats?[1. Speaking of goats, I realized today that Gundy = Dwight Schrute. Farm with random stuff on it? Check. Weird haircut? Check. Random tirades? Check. Looks into camera when he’s not supposed to? Check. Holding a coffee mug for long periods of time? (as of yesterday) Check. Somebody refute this!]

Ford: “Sup, what are the goats for?”
Gundy: “I’m going to kill one and drink its blood after I end your life.”
Ford: “Oh, do you think I’m good out of timeouts?”
Holder (rooting on Gundy from the house with Kirsten so he can not pay Ford $13M and still hire a new coach): “Kick his ass, Seabass!”