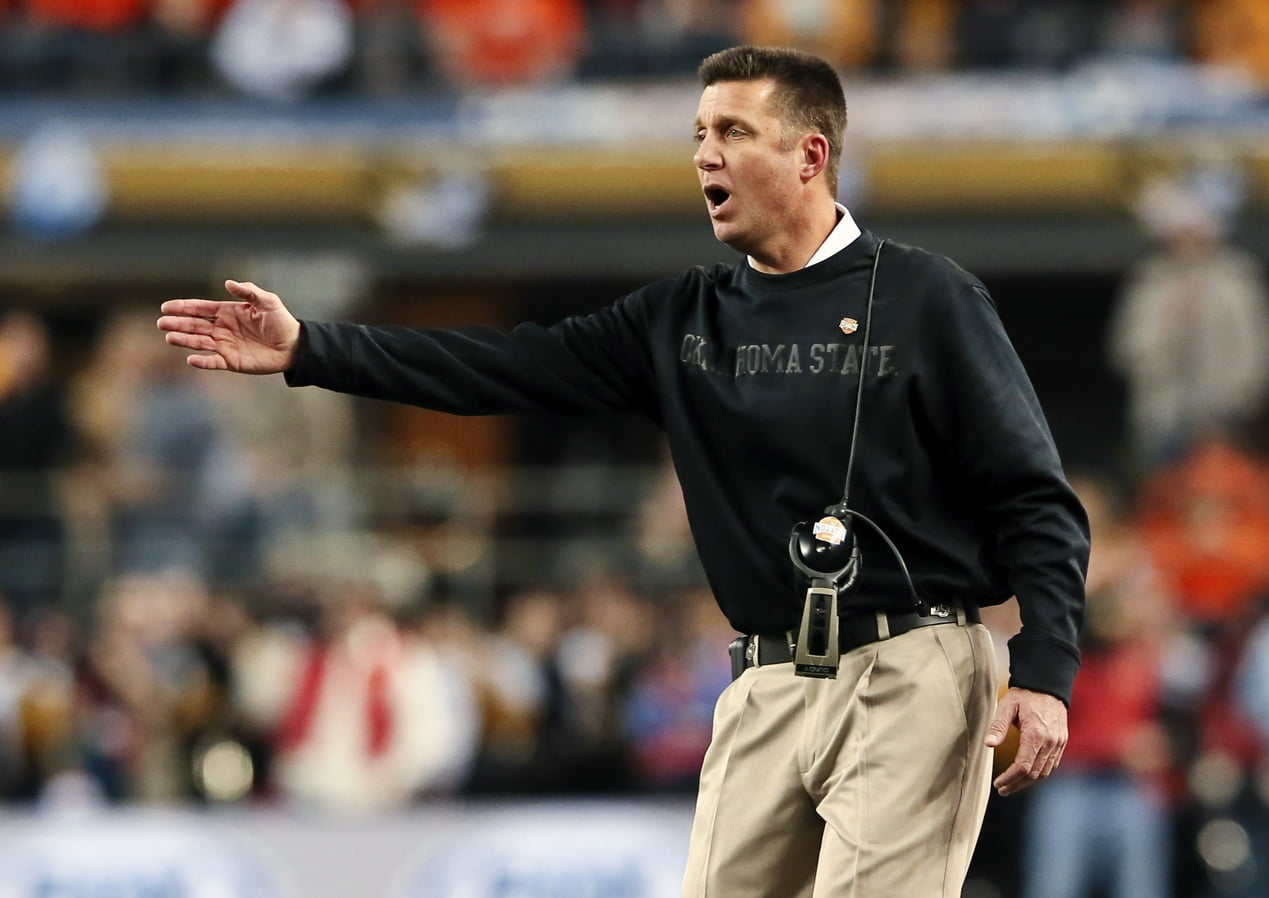 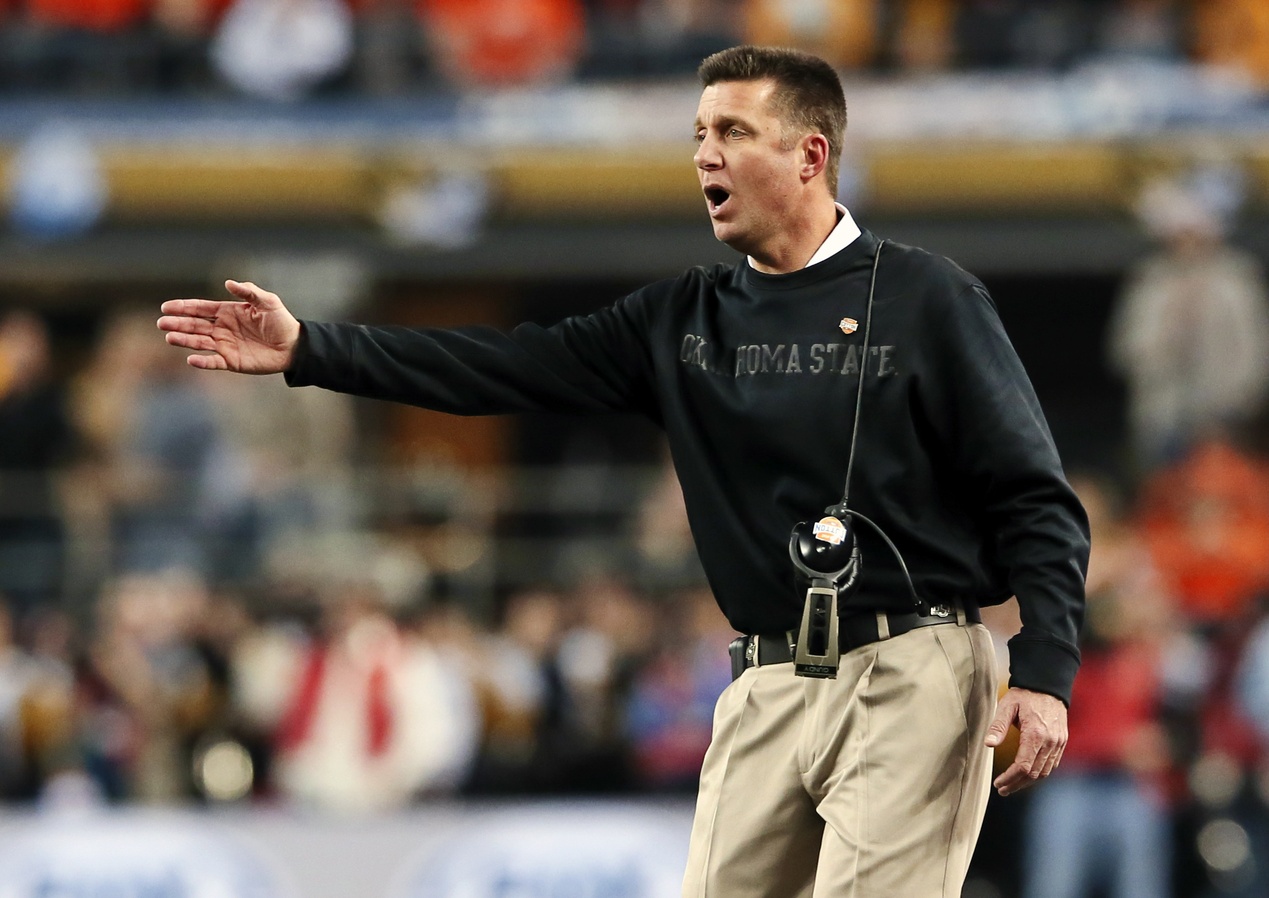 I know I said I would keep this to 10 questions but I just couldn’t.

1. We know you’re all in on Doug as our next coach (for good reason), but if you can’t have him who would you want? -Brett Powell

It’s a good question that I don’t know if I’m well-versed enough to answer. To me, it’s less about a specific person and more about being creative with the hire.

I outlined this a few weeks ago but we’re Oklahoma State — we’re probably a tier three program that isn’t going to steal the best mid-major coaches like a UCLA or Arizona or Syracuse is. So what do we do — go take a swing on another average mid-level coach (because that’s all Ford was)?

No, I think you have to hire either a total unknown — maybe even a hotshot assistant (think Josh Pastner) who’s frothing at the mouth to lead a program, or somebody like a Hoiberg who nobody else would hire. You have leverage as a school in hiring somebody like that and that matters to somebody like Holder.

I’m not saying it will definitely be Gottlieb but nothing about hiring an average coach at an average program excites me. And guys like Archie Miller have their sights set way higher than Stillwater. That’s the problem Holder has to solve.

2. Holder has a mini-stroke and decides to embed you with any OSU coach for a season. Full access. Who do you pick? -OKC Dave

Another great one. My initial reaction is Gundy but he doesn’t strike me as the guy who you could draw a million stories from to take home to your buddies. I mean, that’s the entire point of this, right? I’m almost tempted to say Ford just to see what goes on in his world that results in what he has delivered but that’s not very fun, either.

Holliday would be boring, if not a little Coach Taylor-ish.[1. I mean, Josh Holliday takes his family to Applebee’s at least once a week, right?] I think my answer might be John Smith if the goal wasn’t to write a book or produce blog posts or anything like that. I think you’d get the wildest stories and the most fun times embedded for 12 months with a man who coaches humans who live in trash bags in exchange for room and board.

3. How high do you think we will finish next year with our players is Smart leaves and Nash stays? -John Block

If Markel was going to be a senior this year I’d have already written 14 Ewing Theory posts in relation to Smart but with both of those guys gone, I mean, you saw the Texas game in Austin, right?

The biggest problem is who the heck is going to play point guard?

If you started the season tomorrow our lineup would probably look like this:

First guys off the bench are Hammonds, Williams, Sager, Carroll, and the two freshmen (Burton and Terrell). Maybe those freshmen earn a spot eventually but where does Forte go? To the point? Hardly. As much as I disliked the way Smart played for a lot of the season, he was still a supreme catalyst, of which we currently have zero.

What do I know, though? Maybe you become better because you’re forced to run everything through Nash. You know the theory of constraints creating creativity and greatness? Maybe that’s what we’ll become without Smart and Markel. Like, maybe Ford had too many options to run through, couldn’t pick one, and finally just threw up his hands to Smart and said “do whatever you want!”

I mean, I know that last part happened, I just don’t know how it’s going to change.

4. Who is football team’s star next year with Stewart gone? -Tomcat

It’s not sexy but I’d throw Kevin Peterson out there as our best player — he won’t be the star because he’s a corner who doesn’t return kicks and that doesn’t answer your question but I just want to say that for posterity.[1. Jameis will now throw for 225 and three right at Peterson in five months] None of the RBs excite me as true stars so Jhajuan Seales, Marcell Ateman or Tyreek Hill are my real picks.

I’m a little skeptical of The Freek because track stars are overrated as football players but with the number of screens Yurcich throws he should have no trouble getting into space. Ateman is a complete monster — he and Seales could be 3/4 of what Blackmon and Dez could have been in 2010. I’ll settle on Ateman — I feel like we saw a space close to the ceiling on Seales last year, Ateman isn’t even close yet.

5. In honor of Markel leaving – if you were to draft a team from all OSU teams in history, who’d be your 1st pick at SG? -Brett Myles

We actually did this a few years ago and I took Desmond at the two even though he is/was a three. I didn’t care. Desmond is my blind spot. As for who I’d take as a true two? Probably the original Adrian Peterson. I don’t know if we’re counting Tony Allen as a two or not (he and Bobik were kind of interchangeable there) but Peterson was as pure a two as we’ve ever had.

One of the all-time OSU “what ifs” is we could have redshirted Pete in 1996 (that was a throwaway year anyway, RW McQuarters got minutes!) and then been rolling out Gottlieb, Peterson, Desmond, Montonati, and Fred in 2000 with Glendon, Joe, Webber, and Andre Williams coming off the bench. That would have been incredible.

6. Would Mike Gundy be better at coaching basketball than Travis Ford at football? -Ric Ellis

The thought of Gundy coaching hoops just makes me giddy. His love of the absurd would be even more pronounced on the hardwood. “No. 22 was pretty good at putting the ball through the hoop tonight” — yeah coach, his name is Wiggins, he’s going to be the No. 1 pick.

Look, all I’m saying is if Gundy can solve the Dez (and apparently Blackmon) puzzles and make them all-timers at OSU, he could solve Marcus Smart. Give him an assistant who can draw up five or six plays and we’re cranking.

Ford, on the other hand, I mean how long would he have played the “Wes Lunt got hurt” card in 2012? He’d still be playing it! “Coach, he plays at Illinois now.” Oh.

He’d be the type of coach who would run his team the same way you play Madden. First down? Deep ball, incomplete. Second? Same. Third? Yep. Fourth? We completed it therefore I must be a good coach.

7. Now that it’s over, what’s Smart’s legacy at OSU going to be? -Tyketch

I’m not totally sure — I feel like I need to get farther away from this season before I write about that. Right now it feels like he’s a less-likable Mo Baker. He never really won anything but threw a program on his back for two years even though the second year went kind of badly (injuries for Mo, the suspension for Smart).

He’ll always be one of the best pure basketball player we’ve ever had but on the likability scale he’s not high for me. In fact, in a lot of ways — not all of them his fault — I’m kind of glad he’s leaving. One of my readers named Chris McCulloch described Ford’s relationship to Smart like this:

“Kind of like dating the hottest girl in school or a really hot celebrity — you know she’s way out of your league and she constantly runs all over you. You can’t dump her cause you’ll look silly and you won’t be able to get another girl like that, but when she finally dumps you, you feel kind of relieved that you don’t have to go through that train wreck anymore.”

It’s more true than I wish it was.

8. What is one thing (and only one thing) about Gundy and Ford you would change and why? -Sugar Skull Pete

Two of the worst haircuts in college sports, really. I mean honestly it looks like Ford takes all the hair Gundy buzzes off and just pastes it together all over his dome as if he’s honoring the ghost of Bill Self.

Gundy — Stop playing games with the media. You have it easy compared to the majority of college football coaches and you’re paid extravagantly. Just handle things with more grace. And honestly, if that’s the one thing I would change (and it is because I don’t really buy the “he can’t pick a QB” thing) then we are just, I mean, if 1990 OSU fan was reading this he would puncture my chest cavity with the spear Florida State’s mascot carries around.

Ford — The in-game coaching stuff is overblown. His real flaws are getting a team to meld as the season wears on. Self and Co. were LOLing at the fact that we beat Memphis by 30 in November because who cares about November. I don’t know what it is exactly I want him to improve but the ability to read and assess the rhythms of a season are my biggest issue with him. It separates mediocre coaches from really good ones.

9. If we swap football and bball coaches with any school in the country, which schools make it hard for either team to say no? -CB Warrior

I think every team in the Big 12 would say no except for Texas and probably West Virginia. But as much as I love Holgy, I don’t want him or Huggy living within 100 miles of Murphy’s.

This was actually a really tough question as well. Iowa, Virginia, and Clemson are mildly intriguing but you know the one I think both schools might do?

Cornhusker fans could give a crap that Tim Miles is taking them to the tournament and I don’t think Bo Pelini is as bad as they think he is. It’s the only one that I could see neither AD hanging up either immediately or after a few minutes of small talk.

10. If you could give Holder a truth serum and ask him one question, what would it be? -Huddy

Give me your best golf story. Either that or whether or not Gottlieb is even an option.

11. If it came down to Phil, John Lucas, or James Anderson, your life is on the line, who’s taking the shot to win the game? -Kade Gottschalk

Have a good weekend, everybody. Go Dayton.