Welcome back to a mailbag. It’s been too long. Forget the pleasantries, let’s jump right in.

Do you think Marcus Smart is overrated at all? -Tyler Smith

Is he talked about too much? Maybe, but that’s an “ESPN is taking over the world” problem and not a Marcus Smart problem. Him and Embiid are the only two guys in the Big 12 that can completely change the direction a game is going and I don’t even think Embiid can do it as much (or as well) as Smart.

Look at his splits this year compared to last year. Minutes are down and everything else is the same or up.

He’s the best player in Oklahoma State history. How do you overrate that?

Can I get a QB breakdown for next year? -Tanner Blosser

Why do we not have a special teams coach on board? -Diana Ward

I presume you mean why haven’t we since DeForest left and not just this offseason. I think Gundy looked around after DeFo left and said “wait, I can get Gunner to do what that dude was doing and save a couple hundy in the process.”

I mean, OSU’s special teams F/+ was 10th in the country in 2012 with (presumably) Gunner running the show. It dropped to 85th this year but that was because Hotfoot Grogan couldn’t kick it in Boomer Lake off a dock.

Seriously though, we let a grad assistant run it and if you’re interested, you can email Bobby Reid with your application.

Why did the narrative go from “we lost the best coach at OSU” to “Gundy wanted to fire him”? -John Stotts

I have no idea. I don’t think the two are mutually exclusive, though.

Gundy has finally fully evolved into the Gundy Badger he was always going to be so I wouldn’t put it past him to want to fire the source of the cornerstone of one of the five best offenses in the country over the last five years.

Who will be the starting QB next season?”-Nathan Slavens

I think JW starts the season against Jameis but that Rudolph assumes the reins less than five games in. I don’t know if it will be because of injury or poor performance but Walsh just doesn’t seem like the kind of dude who’s going 13 games for a top 20 program over the course of his career.

You win a free vacation but have to travel by bus with us and Jeff Withey. Do you go? -Big 12 Refs

Will Sasha Kaun or Brady Morningstar be there?

So you already have 15 before those other two guys. I think if it was a numbers problem then Ford wouldn’t be recruiting either one much less both.

If it comes down to it you know somebody is going to “convince” Soucek the professional leagues in the Czech Republic are a much better “fit” and tell Christien Sager it’s probably time to “focus on academics” full time. These things have a way of “working themselves out.”

Also, you’re probably going to have at least one other free spot between Nash (leaving?) and Stevie (odds he has a senior night in Stillwater?)

Why did Travis Ford abandon his acting career? -Zach Stiefel

He didn’t, he just passed his skills on to Marcus Smart.

Do you judge me when I say that I am more upset about losing Wickline than any of the previous OC? -Jesse Stockley

Not at all. I probably disagree (Monk was an absolute monster) but I don’t judge you for it.

What do you expect from Yurcich next year? -Dylan Hays

I’m hoping for an upgrade in his gameplanning. After a year of making $400K he can afford the Arctic Expedition now, no?

Since the blog began around three years ago, do you look back and think you could’ve done something different on it? -Stephen Head

Ahh, the list is lengthy. Among other things, I would have never applied for or complained about not being part of the credentialed media for OSU games. My competitive advantage is that I watch on TV and I can post videos etc. during the game. I was too immature to realize that at the time.

I would have been less snarky from the get-go, I would have written more and tweeted less, I would have tried to gather an advertising base sooner…like I said, there are so many things.

Has to be Blackmon, doesn’t it? If he plays at all he’ll have more yards than Stewart. Tavon Austin had 418 yards last year. Do we think Stewart will have significantly more than that? I don’t…so I think the safe money is on Blackmon, even though I trust him to stay on the field about as much as I trust Vince Young to handle my finances.

Top 6 skill players of Gundy/Miles era. One QB, and pick 5 among any combo of WR/RB/TE. -Chance M

If you could choose one,would you rather play in CFB playoff next year, lose in the Final Four this year, or play in the CWS this year -Brett Powell

Lose in the Final Four this year. Final Four runs are special. It’s just a month straight of orange glory.

Resurging Federer vs. blistered Nadal…who ya got? -Jon

Like I said this morning, not much gets me out of bed at 2:30 AM but this is one of those few things. Nolo and I used to plan our Januaries around the Australian Open in college.

Girl leaving Murphy’s at 2 AM: “Nolan, let’s go, my place.”
Nolan (looking at me, looking back at her): “Crap, I’ve got Tsonga-Murray in thirty minutes, see you on Saturday!”

What’s your outlook on the baseball season? -Morgan Thompson

I think they’ll be a top two Big 12 team. Josh Holliday is the real deal and he took a team that shouldn’t have been that great last year to the brink in a regional final. If they don’t get to the CWS, I think they at least reach a super regional third game. Good times for O-State baseball.

Do you think OSU wears throwback uni’s for the Eddie Sutton game?  What would be your choice? -Patrick Richards

I don’t understand why this is so difficult. You come out for the Eddie game in any of these three unis and it’s over, you can shut the place down.

Personally, I’d like to see the “Aggies” ones with (much) longer shorts. 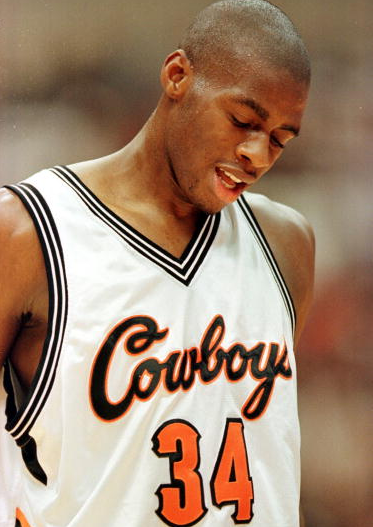 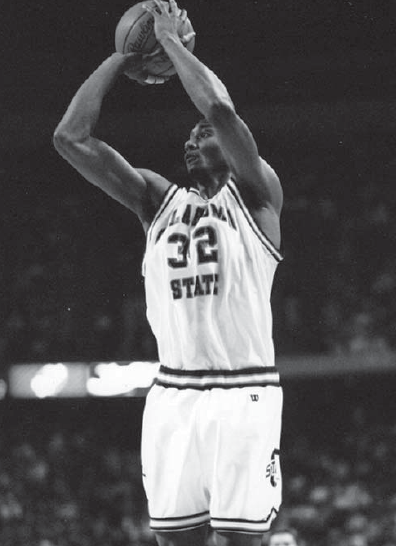 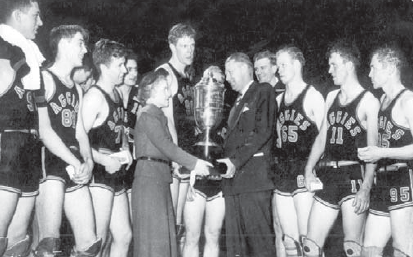 Pistols Jr’s first Halloween costume going to be OkState related? If yes, on a scale of one to girls seeing Zac Robinson standing under the neon palm trees at Murphy’s, how giddy will Ubben be about it? -Cole Yearwood

I don’t even have a response. I just wanted to run the question.

Who are you’re top 3 favorite non-OSU college athletes from all sports? -Dylan Hays

I feel like I’ve gotten this before but I’ll answer it again (probably differently than I did before).

KD — One of the reasons I started writing about sports was his freshman year at Texas. Watching him live before he was an icon was one of the great thrills of my sports fandom. He was (and is) an artist — so much so that it’s almost difficult to explain. He’s the best basketball player I’ve ever seen live. The Slim Reaper. Everything you want in a star.

Steph — Those tournament runs he went on were breathtaking. I’ve told this story before but I was driving back to Stillwater after Spring Break and John Thompson was calling the Georgetown-Davidson game and I was just losing my mind in my car. Screaming “dagger,” pounding the steering wheel, calling my friends — the whole bit. Not many non-OSU guys get me fired up like he did.

Charles Woodson — He was the first non-OSU athlete I idolized growing up. I had a newspaper clipping taped to my bedroom wall of him walking the Rose Bowl sideline with a rose stem in his mouth. The one-handed catch at Michigan State. The Heisman. I loved all of it. He was spectacular.