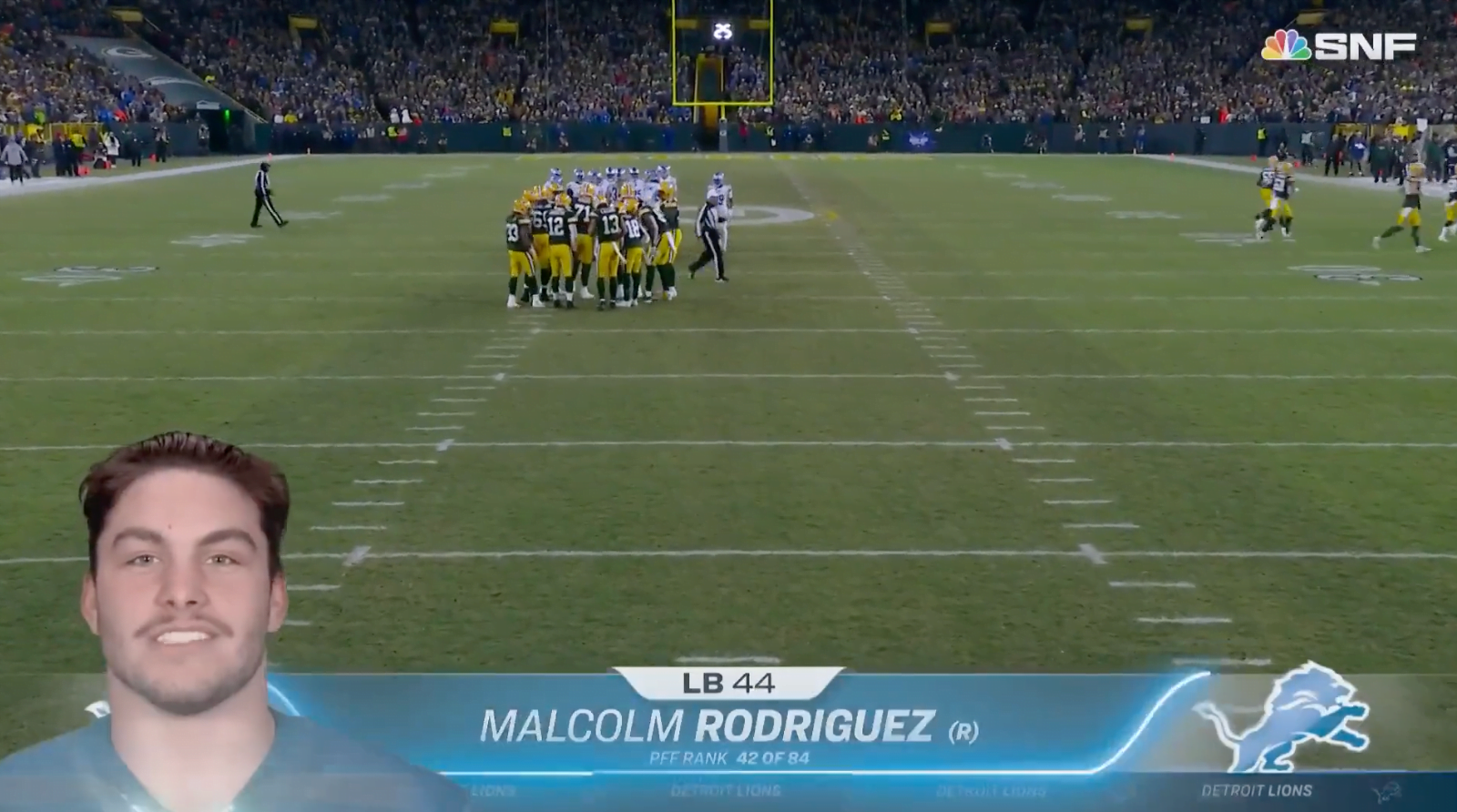 On Sunday Night Football, starters for both teams announce themselves prior to the game with their name and their respective school. But former OSU star Malcolm Rodriguez on Sunday took the task to a new level by announcing his name in the starting lineup then declaring he is from “Barry Sanders University.”

Yes, he did that.

Even better: Barry responded (as only Barry would respond).

There’s probably been funnier intros over the years — Terrell Suggs once introduced himself from “Ball so Hard University,” Michael Bennett once just said his name then yelled “WAKANDA FOREVER,” and Jared Allen introducing himself from “Culinary Academy” is definitely up there — but Rodriguez is certainly the most culturally relevant to OSU fans. And … he’s not entirely wrong! OSU is OSU, but there are a lot of football fans that only know the school because of Barry. And especially Lions fans.

Oh, and the game? Rodriguez capped a killer rookie year Monday with a stunning win over the Packers to end Green Bay’s playoff hopes. He finished with four total tackles on the night and had 87 on the season.