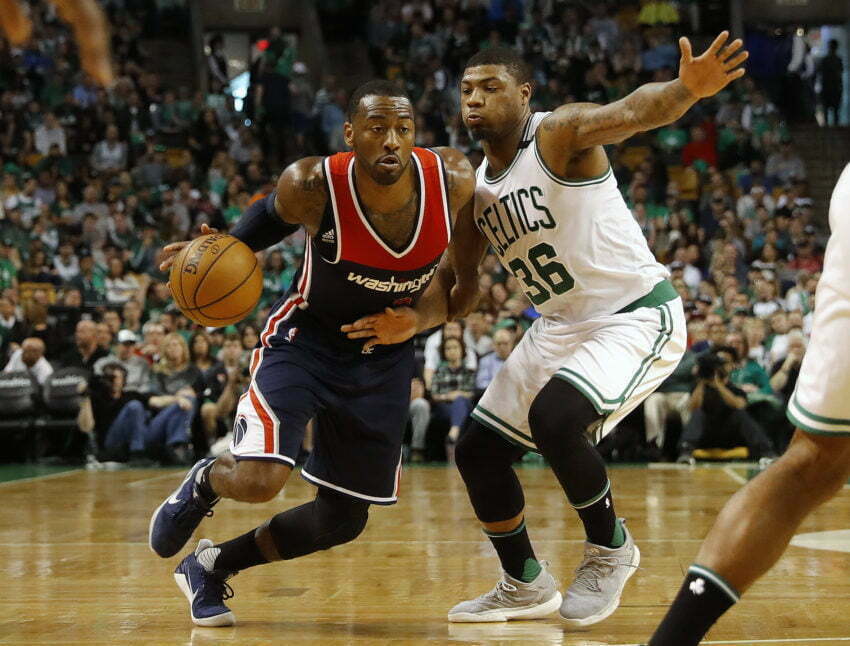 Yep, you read that headline right.

In the fourth quarter of the Celtics’ 123-111 win over the Washington Wizards, Marcus Smart pulled himself out of the game for Isaiah Thomas after a pair of turnovers and fouls to start the quarter. After being out of the game for only 40 seconds, Smart came back in to the game.

It should be noted that Smart played a great game off the bench. He had 6 points, 4 assists, 3 rebounds, 3 blocks and was plus-12 in 31 minutes of play. While it’s not something most players would do, Smart insisted after the game he wanted to put the team’s success first during his mistake-filled stretch.

“Some people probably think it was a little selfish of me. They’d think I was really mad at myself. But it really wasn’t,” said Smart. “I just felt like, at that moment, we were up and my plays with the two turnovers back-to-back and the two fouls, fouling a 3-point shooter — something we all know you’re not supposed to do, especially then he gets the and-1 that gets them rhythm and they keep going — I just felt like at that time for me and my team I wasn’t really doing anything to help.

“So those guys, everybody else was in there playing. It wouldn’t be fair for them and to this team for me to keep going and not give guys who’ve been playing well and things like that to just keep going and allowing myself to keep making mistakes. So I think it’s from a maturity standpoint. Other people might look at it differently.”

Celtics’ rookie Jaylen Brown stepped in and played some huge minutes as well, posting a plus-8 in just six minutes of play. Smart commented further on his fouls and turnovers and the play of his teammates to pick him up.

“The turnovers and the silly fouls, I know I can’t make those mistakes,” Smart said. “I just wanted to take myself out, get myself together, and cheer my team on. Those dudes were rolling and keeping me going. I didn’t want to mess up the groove. I just really re-gathered myself and got ready for when Brad called me back in.

“I think that was a selfless act to be able to understand, obviously, right now things aren’t going well for you, but this guy, he’s been playing really well. So why should he come out when he’s playing really well and not you? So I decided to take myself out.”

Game 2 of the Eastern Conference Semifinals between the Boston Celtics and Washington Wizards tips off tomorrow night at 7:00 PM CT.