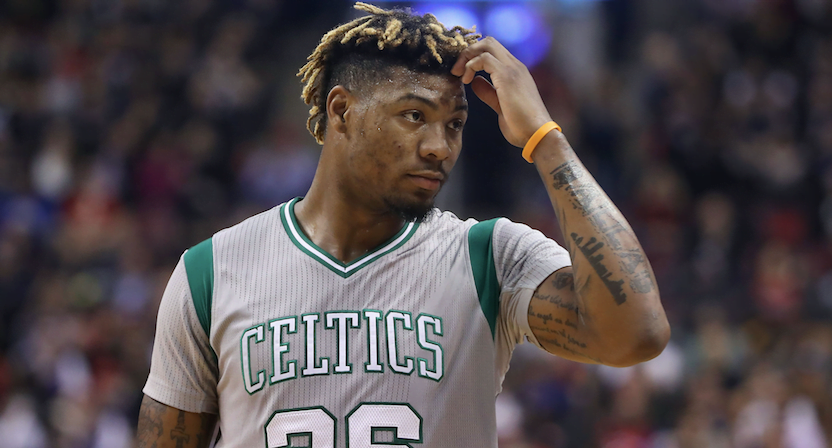 Earlier this week in a loss to the Washington Wizards, Marcus Smart caused a bit of scene after Celtics head coach Brad Stevens sent him to the bench. After playing 32 minutes and recording just 13 points on 4 of 13 shooting, Stevens sat him down — and Smart got into it with his assistant coaches for reportedly not being kept in the game.

After the loss, Smart went straight to the locker. And a hole in the wall of the locker room appeared shortly thereafter. Maybe a coincidence? Maybe not.

“It wasn’t there when I came in, so I don’t know,” Smart told CSN New England. “I guess I was. I don’t remember doing it, but if there’s a hole in the wall, I guess I put it there. So, I’ll take that one.”

So yeah, it’s not a full admission. But it’s pretty darn close. So it might as well be.

With the way he threw a tantrum on the bench, it’s not hard to connect the dots right to him.

On the plus side: It’s not been a good week for professional basketball players punching things. Earlier in the week, OKC Thunder’s Enes Kanter punched a chair so hard, he fractured a forearm and is out indefinitely. So if it was Smart, at least he’s lucky to be in relative health and no damage done that will keep him off the floor.