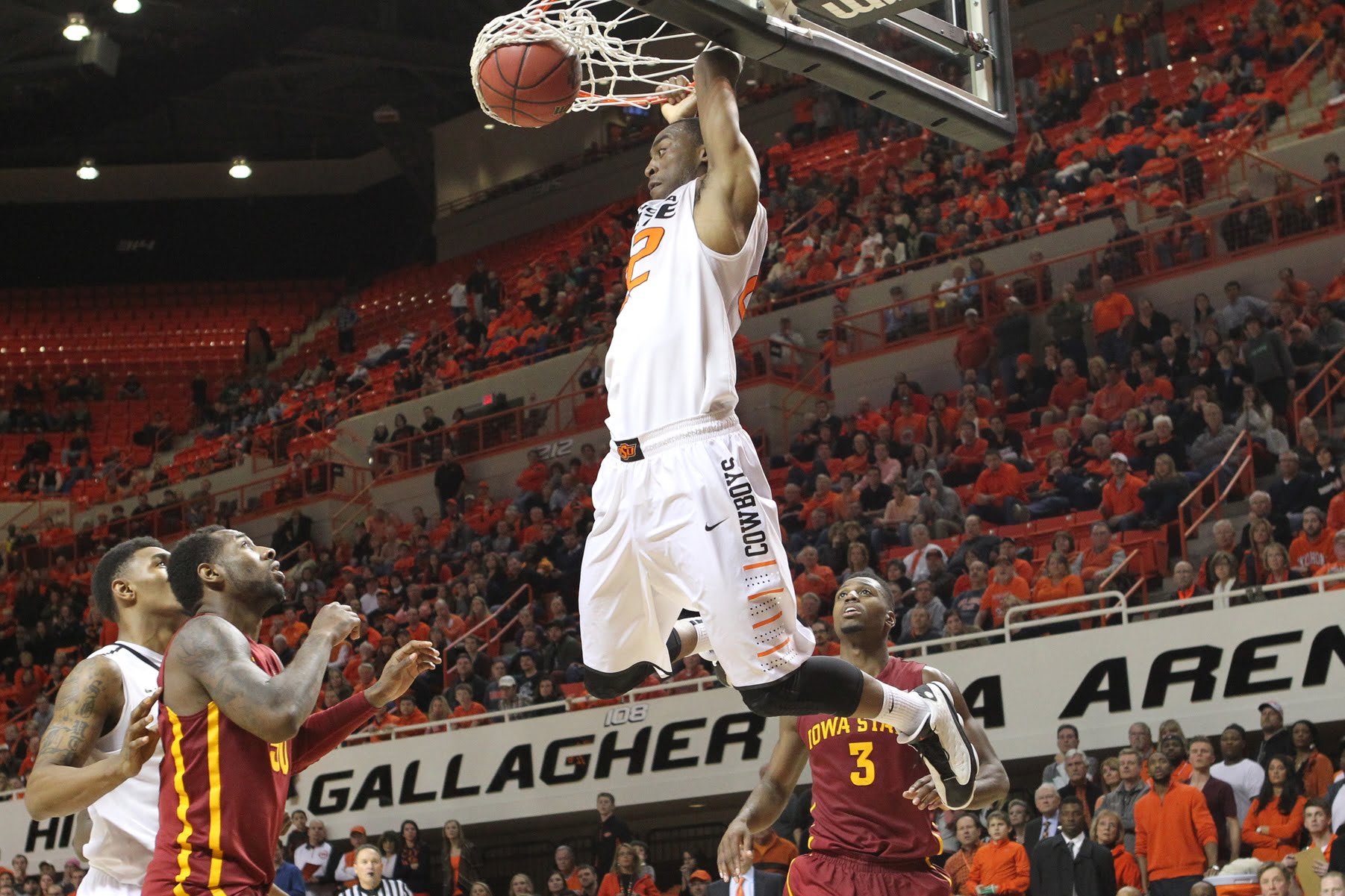 I went to bed on Wednesday night knowing that Desmond Mason had laid the gauntlet before Markel Brown’s orange-plated throne as the king dunker in Oklahoma State history.

I woke up on Thursday to see the impassioned king had indeed issued a decree:

I also updated my living will and trust just in case.

This all started when Desmond said at the US Senior Open on Wednesday that he’s still got it. “[Markel] and I will have a dunk contest at some point just to really solidify the situation. Everybody thinks I can’t dunk, but I can still put it between my legs – and I haven’t seen him do that yet,” said Mason. “That is a challenge. That’s my boy, and I’m challenging him right now.”

It should be said that these two guys are two of my five favorite favorite basketball players in OSU history (and maybe the top two if I ever sit down and write out the list). That this is even happening is stunning both to 14-year-old me as well as 29-year-old me.

@jelmquistSW @tdesmondqw I accept the challenge, I'll be in stillwater next week

Then Markel started posting videos of himself in old dunk contests:

Then Desmond topped him with his 100 best NBA dunks video (that’s kind of a walkoff):

And Markel paid his respects:

@iMarkelBrown22 @jtpolinski @jelmquistSW I'll end with this video! Markel congrats brother and I'm a fan! You're gonna have a great career!

And this, which was pretty cool:

I want to be there, I want to watch the whole thing, I want to be a prop — somebody dunk on me! Actually, Aaron Schnautz and a guy named Andrew had the best ideas:

@pistolsguy make it a pay per view. The proceeds going to buy out Travis ford's contract

GIA. $20 a pop. That place would be sold out and then some. http://t.co/rXdFr5HPKf #okstate

A couple more things here. Can we possibly fly in Gottlieb to throw passes to each of these guys and bring back Frans Steyn to play the role of Frederic Weis? Also, the judges shall be Eddie, Gundy, Boone, Walt Garrison (he will be impressed by nothing and probably spray tobacco all over the place), and Ann Hargis.

As for who would win. Look Desmond, you’re the best ever in my mind. I know the stats don’t back that up and you didn’t get to the Final Four and all that but for my money at that time in my life, I just don’t think anything anyone else will do can ever top that experience for me.

But this is not a war you want to fight.

Markel did a 360 in a game and it wasn’t difficult. He dunked on the entire state of Missouri. He did a windmill against Texas that I’m 50 percent sure he made up as he was dribbling the fast break.

He is not to be messed with and he’s entering the dunking prime of his life. I’m pretty sure he never went between his legs because he had more gaudy things to do with his dunks. Going between your legs is so early 2000s.

I really do hope this happens, though. Boone needs to step in and confirm everything, “solidify the situation” as it were. It would be spectacular and hopefully get some money flowing for charity. There are zero OSU people I know who are disinterested in seeing this.

Really though, I think what’s getting lost in all of this is that the following things have happened in the last 24 hours: One of the great basketball players in OSU history (Mason) was hanging out and taking selfies with one of the great football players in OSU history (Weeden) at a golf tournament for men age 50 or older and at that time Mason challenged a 22-year-old playing basketball in Orlando for a team in Brooklyn to a dunk contest in Stillwater.

And that 22-year-old responded to one of the great basketball players in OSU history via written words and showed him a couple of moving pictures of himself and now we may have a dunk contest between these two guys on our hands and it might be for charity.

And we got to witness all of this take place as it was taking place!

That, more than anything else, is my favorite thing about the Internet, blogging, Twitter, all of it.